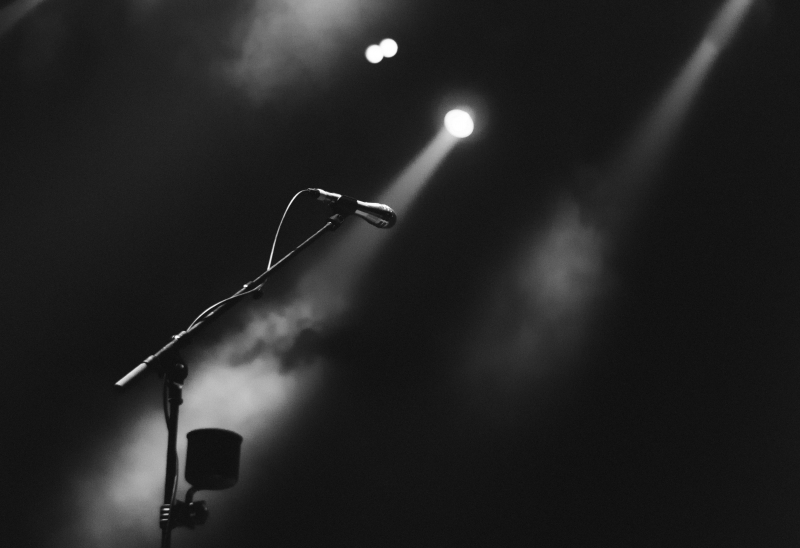 A couple of years ago, I was talking to an ex-headteacher in a hotel bar after a gig. There were a few us around the table, as well as a stranger on a business trip who was lonely so joined in the drinking and olive eating. As I lent in to pick up my beer, the ex-headteacher grabbed my arm and said, “you comedians need to do more routines about suicide.”
In a matter of fact manner, she told me that her daughter had killed herself and she believed that it would help if talk of 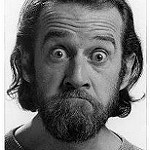 suicide did not seem such a taboo. As George Carlin probably said (I remember him saying it, but can find no trace of it), “stand up is a low art, but it’s a potent art.”

As I haven’t created much new stand up for a couple of years, I decided I should try to honour the ex-headteacher’s request. It is not easy.
How do I approach this subject tactfully, stupidly, insightfully and/or pointlessly?
Should I try to perform stand up about this at all?
George Carlin was there before me in 2005 show. Straight after his routine on cornholing, he asks, “do you realise that right this second, right now, somewhere around the world, some guy is getting ready to kill himself…do you ever stop to think about this stuff? I do. It’s fun. It’s interesting and it’s true.” He then spends five minutes approaching the subject with the dark, facetious nihilism that marked out his later HBO specials.
It’s an approach that won’t suit me. I don’t have the gravitas.
Where do I start?
Do I talk about the first time that I thought about suicide when I was nine years old, brought on by a fear of rabies from endlessly repeated, paranoia fuelling public information films and an episode of Terry Nation’s Survivors?
Do I talk about the story I was told about why suicide was made a sin by the church?
Apparently, it was nothing to do with Judas Iscariot and everything to do with life being so pustule and plague ridden and bloody awful that the priests worried their serfs would just kill themselves as a shortcut to heaven rather than go through the relentless rickets and burial of young loved ones.
Do I talk about poor Lupe Velez whose tragic suicide was retold by Kenneth Anger in Hollywood Babylon. According to Anger, feeling her career was ebbing, she decided to drink her favourite wine, eat her favourite chilli con carné and then take some pills and lie on her ornate bed, her chihuahuas resting at her feet. She would be found like a serene god. Sadly, the combination of pills, wine and carné led to an upset stomach. She went to vomit, then slid in her vomit, cracked he head and was found splayed, dead and in disarray. I have since (today) found out this story is a myth. Obviously, the bleak laughs of this guillotine humour sells more books.
One friend who was depressed and had suicidal thoughts for weeks was persuaded against taking action when a friend said, “but you’d look so silly.”

One of the most peculiar and haunting sounds I have heard was the scream of a mother as her teenage child threw themselves in front of a train. I was on the train at the time so was not aware of the cause of this alien noise. Remarkably, the child’s leap was perfectly timed for him to land under the train and survive unscathed. Hopefully this drive that led to him leaping is no longer with him now.
People on platforms say it is a selfish act, others tell me that it is a loss of self that leads to killing yourself. Some people are unable to imagine their worth or those who preferred a world with them rather than without.
I have been careful to speak to therapists who have dealt with suicidal people.
One told me darkly, “a suicide note is a positive thing, that person has started to talk, unfortunately, they have started too late.”
Another advised me, “I tend to feel you can be as dark as you need to be as long as everyone can hear you’re coming from the right place” and reminded me to avoid mawkishness and sentimentality.

I read Al Alvarez’s The Savage God, a study of suicide. He was a friend of Sylvia Plath and writes of how they would talk of suicide. Both tried to kill themselves, Alvarez survived his attempt.
It worries me that this might mean talking about it is not as useful as I hoped.
I tried something at a preview last night, it might just have been silly, silly and true. Maybe silly is enough to open up communication.
I might fail.
I might be told it is not worth the attempt.
I never thought it would be easy, but I think I’d prefer to try and write about this rather than cornholing.

Here is CALM, a charity that specifically aims to aid young men, The Samaritans and MIND in case you want to find out more on these issues or wish to contact someone.

Some sort of routine about this may or may not end up in this Edinburgh show at Stand 2. I am interested to know what you think.

A while back, on a day where I was heavily delayed on a train due to a suicide, I wrote this

The Voice of Space – Marcus Chown

Why Do Some People Hate Sprouts? – Ginny Smith