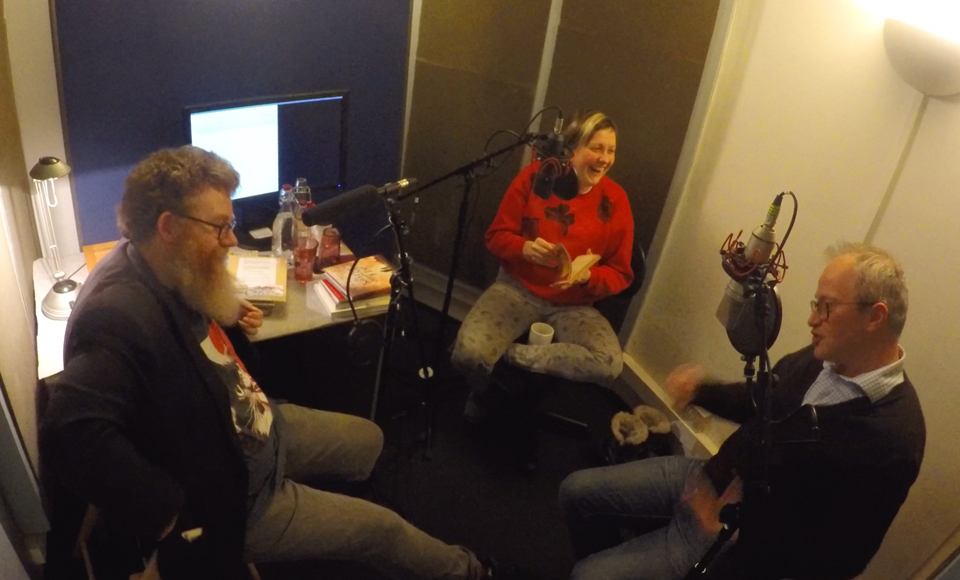 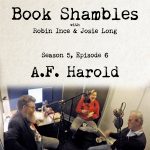 Children’s author and poet A.F Harrold sits down with Robin and Josie to talk about his own work and some his favourite poetry and children’s books including the work of Russell Hoban, Brian Patten and Raymond Briggs.  Also, in our first ever commercial break, that isn’t really a commercial break, Nat Metcalfe pops in to let us know about the best new comics out right now.

The work of Chris Riddell

Things You Find in a Poet’s Beard by A.F. Harold

Tonight at Noon by Adrian Henr

The Book of Guys by Garrison Keillor

Nuns and Soldiers by Iris Murdoch

The Green Knight by Iris Murdoch

The Bat Tattoo by Russell Hoban

The Mouse and his Child by Russell Hoban

The Snowman by Raymond Briggs

Pierre: A Cautionary Tale in Five Chapters and a Prologue by Maurice Sendak

This Craft of Verse by Jorge Luis Borges

Painting as a Pastime by Sir Winston Churchill

The Energy of Slaves by Leonard Cohen

Fantastically Great Women Who Changed The World by Kate Pankhurst

Jack B.Yeats: A Vision of Ireland by John Booth

The Song From Somewhere Else by A.F. Harold

The Sentence by Alistair Fruish

The Bell by Iris Murdoch

In The Night Kitchen by Maurice Sendak

The Red Virgin and the Vision of Utopia by Mary M. Talbot

The March series by John Lewis and Andrew Aydin

The Sea, The Sea by Iris Murdoch

When the Wind Blows by Raymond Briggs

The Times I Knew I Was Gay by Eleanor Crewes

The Rabbi’s Cat by Joann Sfar