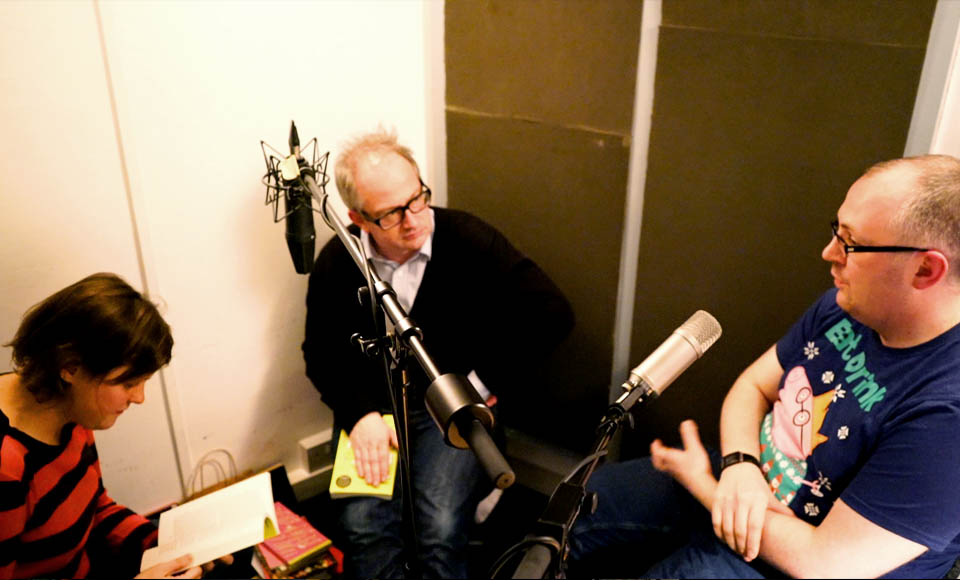 In the Season 2 premiere of Book Shambles, Josie and Robin are joined by neuroscientist and author of the popular Brainflapping blog as well as new book The Idiot Brain, Dr Dean Burnett to talk psychology, science fiction, Spike Milligan and horse punching…

The work of Stephen Baxter

The work of Isaac Asimov

The work of Robert A. Heinlein

The Idiot Brain by Dean Burnett

The Tale of the Dueling Neurosurgeons By Sam Kean

Good to be God by Tibor Fischer

Adolf Hitler: My Part in his Downfall by Spike Milligan

We Are Our Brains by Dick Swaab

The City on the Edge of Forever by Harlan Ellison

The Violinist’s Thumb by Sam Kean

The Gigantic Beard That Was Evil by Stephen Collins

Some Comics by Stephen Collins

There’s No Time Like the Present by Paul Rainey

Book of Lists by Paul Rainey