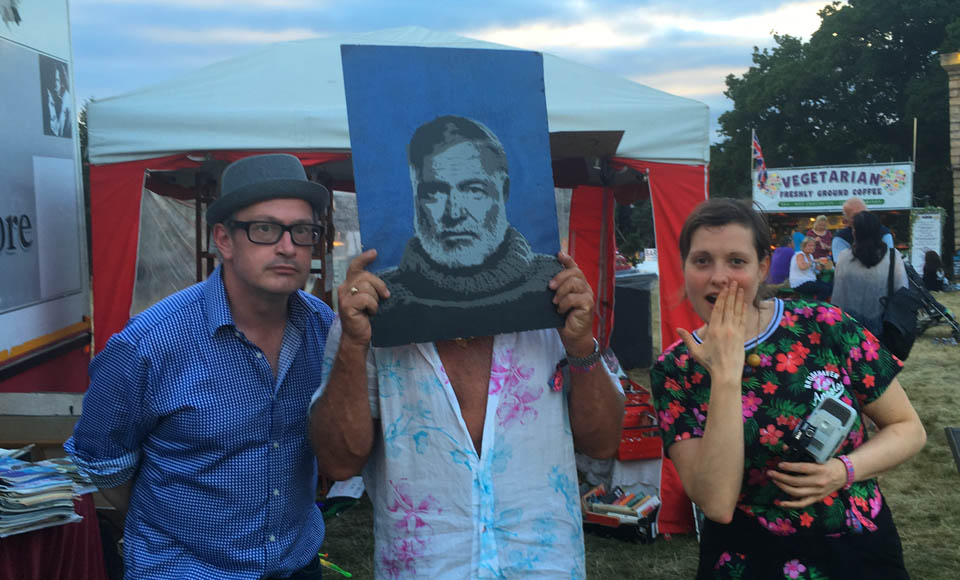 As a prelude to Season 4 of Book Shambles, here is the final free podcast we recorded at the Latitude Festival this summer. Robin and Josie go second hand book shopping on the Book Bus with ‘The Dylan Thomas Guy’, Jeff Towns. And Robin sits down to chat books with poet Joshua Idehen, comedian and author Mark Watson and the team from the Guilty Feminist podcast, Sofie Hagen and Deborah Frances-White.

Idols of Perversity: Fantasies of Feminine Evil in Fin-de-Siècle Culture by Bram Dijkstra

In Search of Lost Time by Marcel Proust

The work of Susan Faludi

The work of Naomi Wolf

The Morning After by Kate Roiphe

Acts of Darkness by Francis King

Catcher in the Rye by JD Salinger

The work of Gil Scott-Heron

He Wishes For the Cloths of Heaven by WB Yeats

We Made It by Sunni Patterson

The Place That Didn’t Exist by Mark Watson

The work of Ian Rankin

Off the Mic: The World’s Best Stand-Up Comedians Get Serious About Comedy by Deborah Frances-White and Marsha Shandur

Shrill: Notes from a Loud Woman by Lindy West