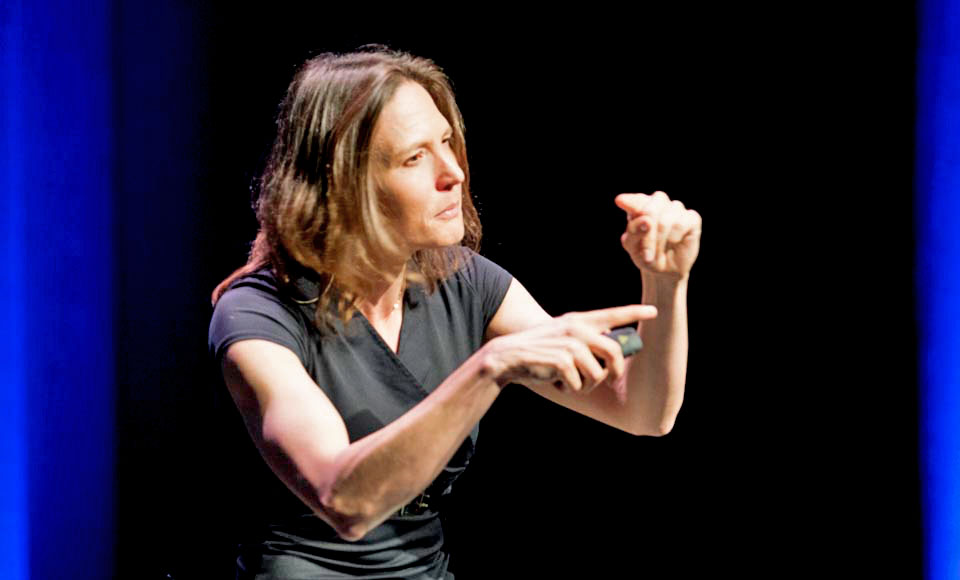 With each UK member of team getting a rare half day off from shows, talks and press, volcanoes were climbed and near extinct birds were watched before we headed to the esteemed Wellington Opera House for the second NZ show.

The puppets got things rolling and then Robin Ince welcomed a big Wellington crowd to the show with stories of Charles Darwin, Brian Cox and Higgs Bosons.

Then, just as they had been in Auckland, the lights were dimmed for Dr Siouxsie Wiles and her incredible glowing bacteria.  It was a little bit chillier than a few nights before so they weren’t so keen on glowing as brightly but that didn’t mean our approaching antibiotic end game was any less disturbing.

Next up Josie Long, with the aid of ‘pre-interviews’ with Plato, Confucius and Brian Cox, set about testing whether the theatre was haunted with the able assistance of the forever spaghetti eating Robin Ince.

Our first bit of music was up next, courtesy of the funky sounds of local band Nation.

Another local, stand up Matt Stellingwerf, followed with his set on the importance of good science and impart his expert knowledge on minor Greek football leagues.

A change of pace as Professor Lucie Green followed with solar research and Skylab history.

And the first half was closed out with another showing of the accurate power of Matt Parker’s π-endulum and his ongoing efforts to calculate Planck’s constant.

Robin, Matt, Lucie and Siouxsie returned after interval to sit on the QnA panel that featured a lot of concerned audience members worried that antibiotic hand soap might not be all it’s marketed to be. 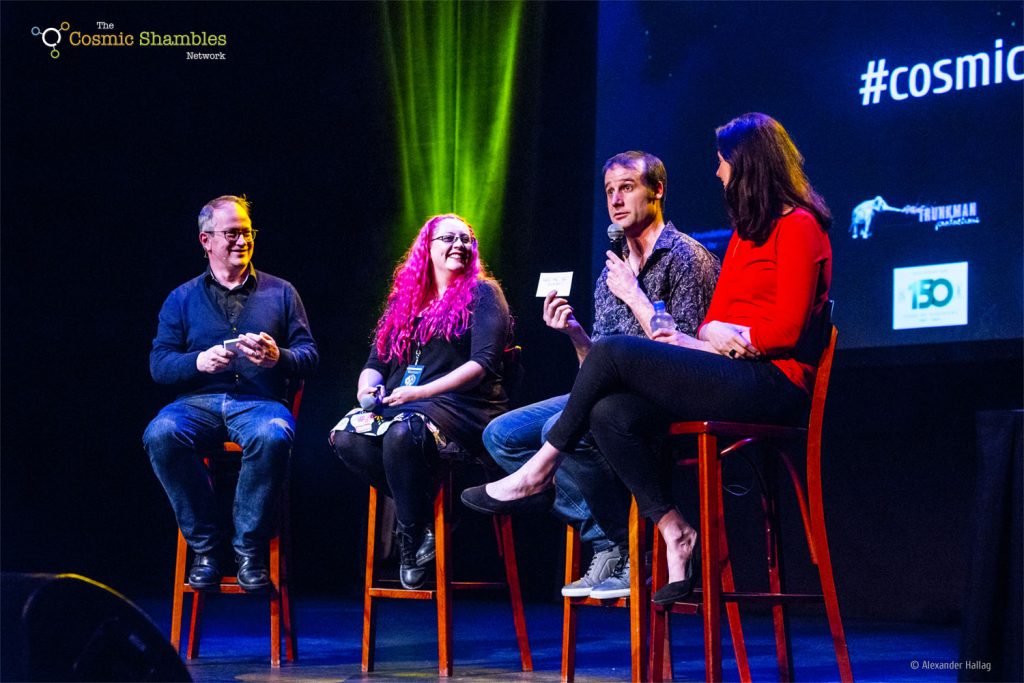 Professor Shaun Hendy from the University of Auckland was next to ask the age old question, ‘What’s the difference between an Australian and a rock?’ It was actually a fascinating look at data and complex systems rather than just having a dig at NZ’s northern neighbours.

Michelle Dickinson returned to drop bowling balls and smash steel rods she had been quenching in ice buckets.

He’d been back and forth between acts all night but Robin Ince returned to read a new poem he’d wrote and quote Carl Sagan before introducing the final act of the evening.

NZ music royalty Jon Toogood closed out the evening with a spectacular acoustic set that included his solo work, a Shiad song and a Bob Dylan and Australian Crawl cover, intercut with some powerful pleas for science and rationalism in our politics.

And so it was on to Christchurch. 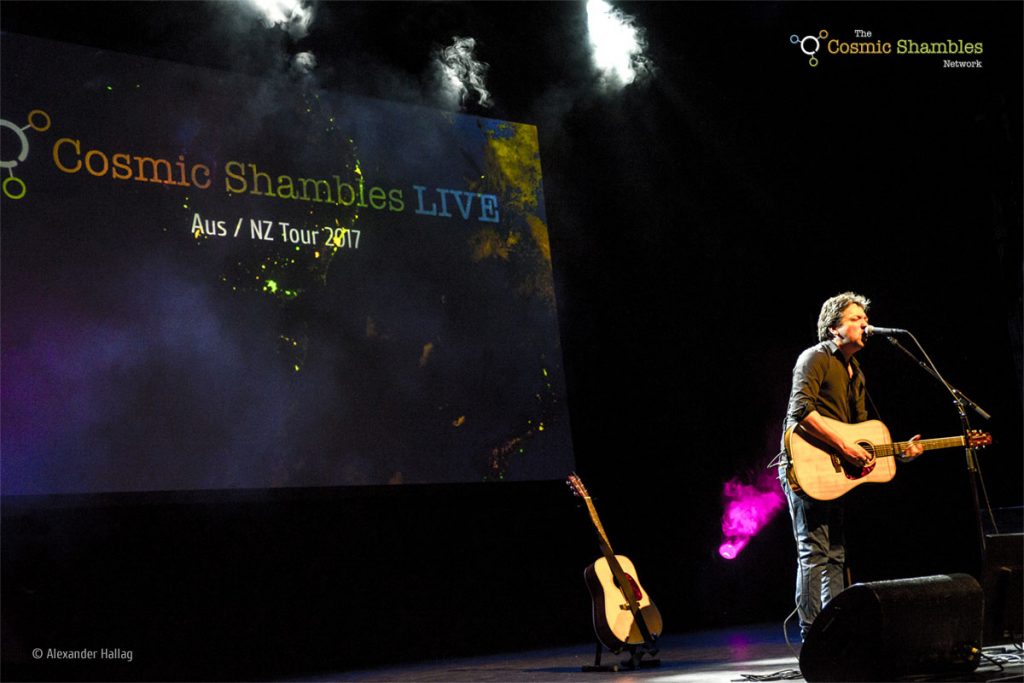 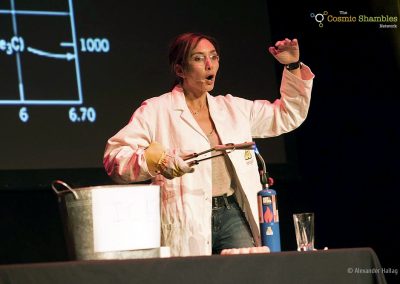 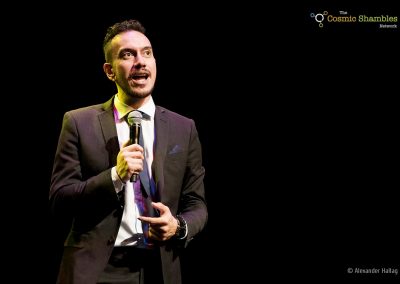 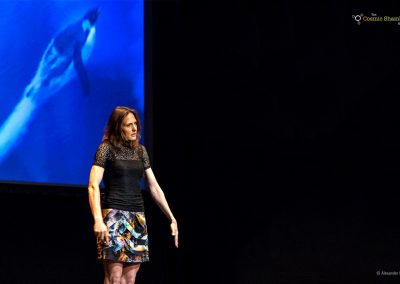 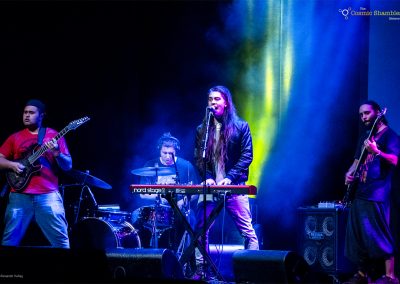 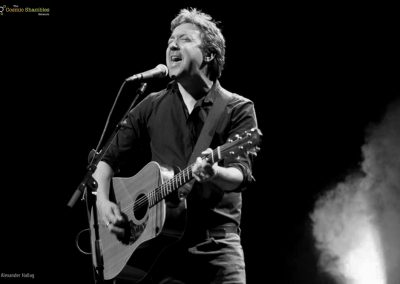 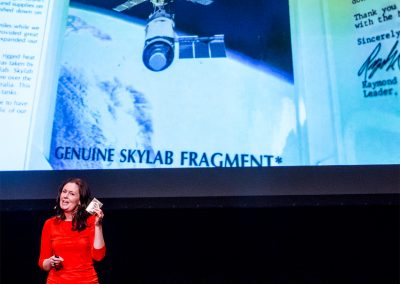 Lucie and a piece of Skylab 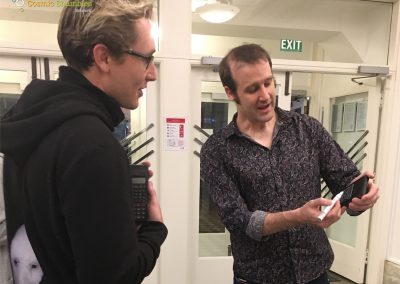 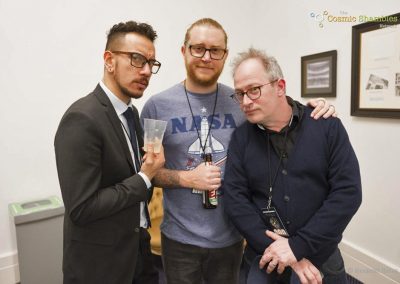 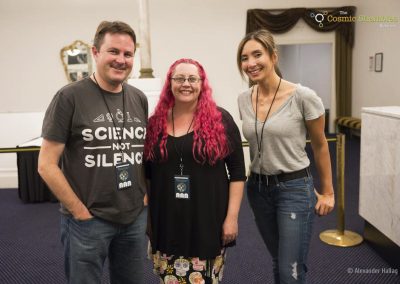 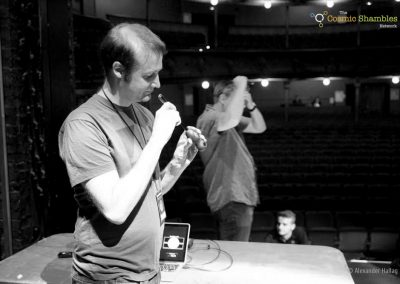 A very scientific repair of a clicker with a bread knife 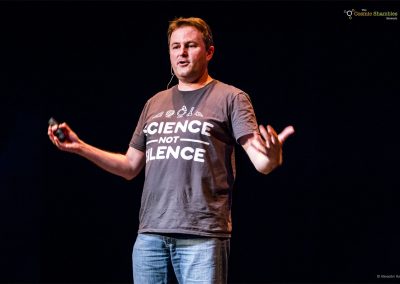 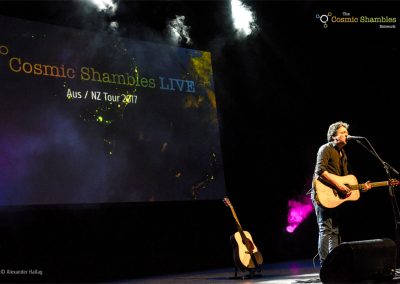 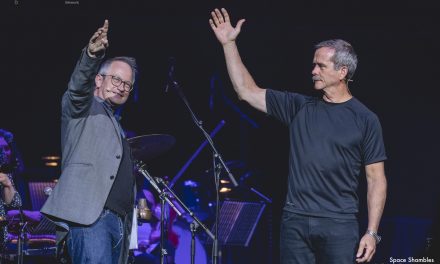 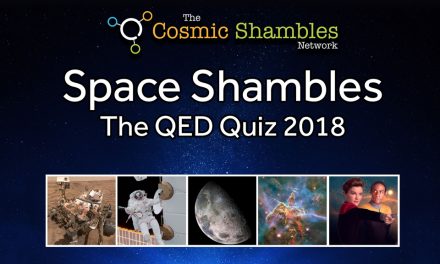 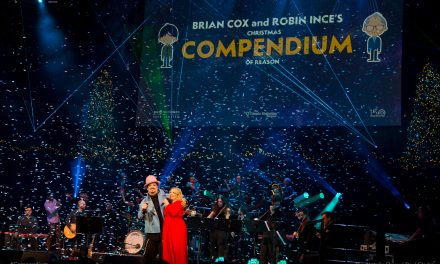 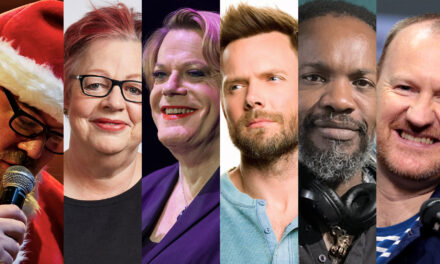