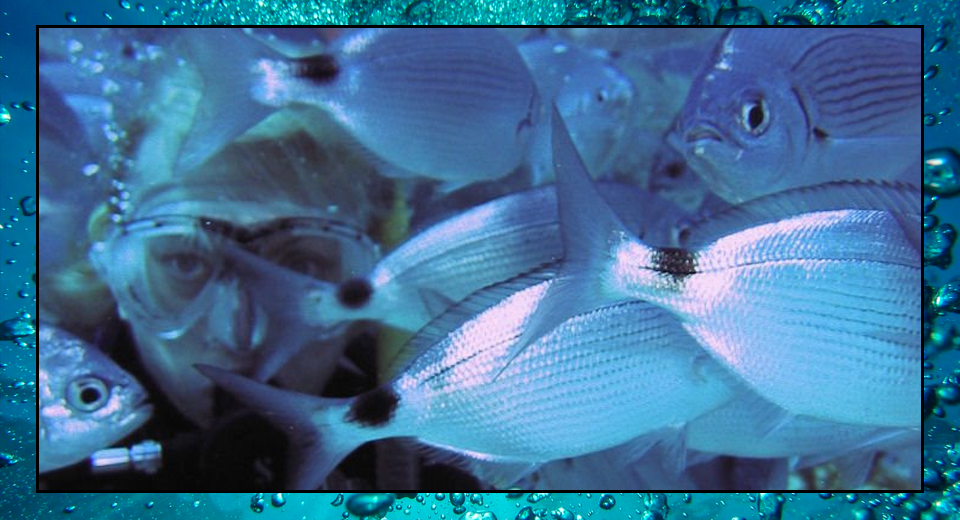 Why Fish Are Silver

Today’s picture is from @LDnHLearn and it shows a school of fish blending into their blue background.  It’s a lovely picture because it highlights just how good these fish are at camouflage and confusing their predators.  None of them actually are blue – they’re shiny and silver – but you’d be forgiven for thinking otherwise. 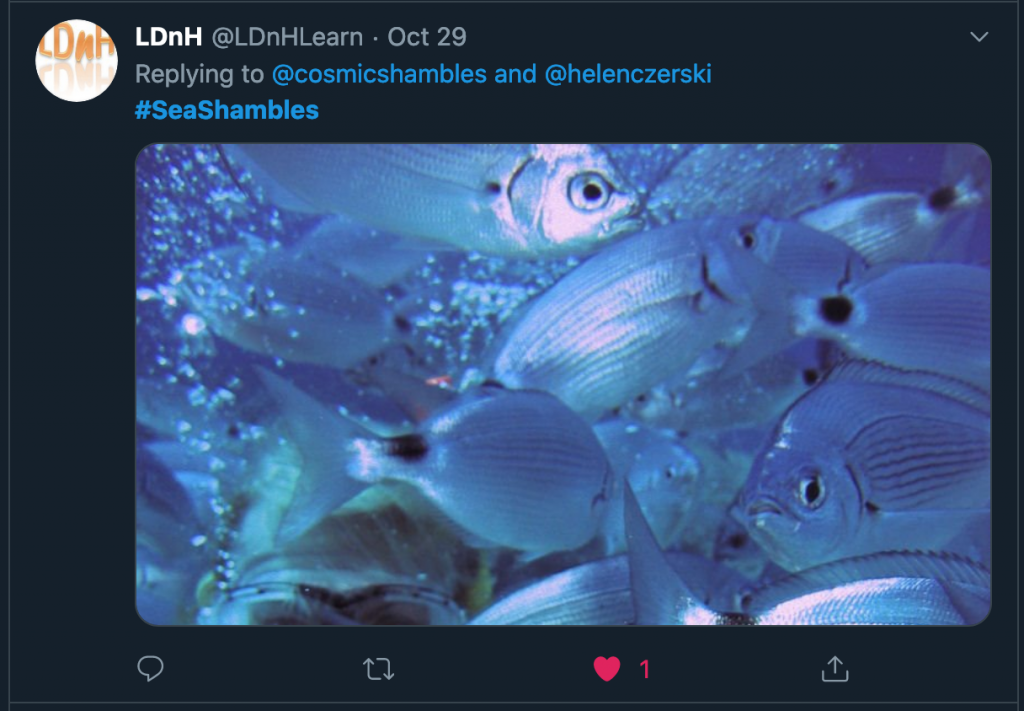 A fish swimming around in the middle of the water column (i.e. not at the top, bottom or sides) has a problem when it comes to keeping out of sight: there’s nowhere to hide.  The only thing that you can do to blend into your surroundings is to look like the water itself.  But at dawn, dusk and on cloudy days the water is a darker shade of blue. If the fish is in shallow water or near a white sandy seafloor, its surroundings will look lighter.  The colour to aim for keeps changing.  And that’s all in just in one day.   So fish like these swim in big schools (letting each fish hide in the masses) and they disguise themselves as a mirror.  That’s what the silvery shininess is doing, and it’s a brilliant strategy.  When you stare at the fish, what you see is the colour of the ocean behind you (which is highly likely to match the colour of the ocean in front of you, so the fish will blend in very well).    These schools of fish are also constantly circling and dodging, confusing potential predators with the consequent dazzling wall of swirling ocean colour.

That’s all well and good (congratulations, evolution!), but it leaves the question of what makes a fish silver to begin with. We associate reflective surfaces like mirrors with metals – just think of polished copper kettles, polished steel buttons, or the outside of a food can once the label has been removed.   But the fish makes its mirror from molecules made only from carbon, nitrogen, hydrogen and oxygen, and the molecule itself is guanine.    You may recognise that name, because it’s one of the four bases that make up our DNA: the G in A,T,C,and G is guanine.   But in fish skin, guanine strikes out on its own, crystalized into unusual thin flat platelets which are then layered on top of each other, making a reflective and iridescent coating for the fish.   The fish in the picture have painted themselves with millions of tiny guanine crystals, each helping to disguise the fish as just another part of the ocean.  They say that imitation is the sincerest form of flattery, in which case these fish are ocean sycophants of the highest order.  But since it’s the ocean and I’m also a fan, I’ll forgive them.