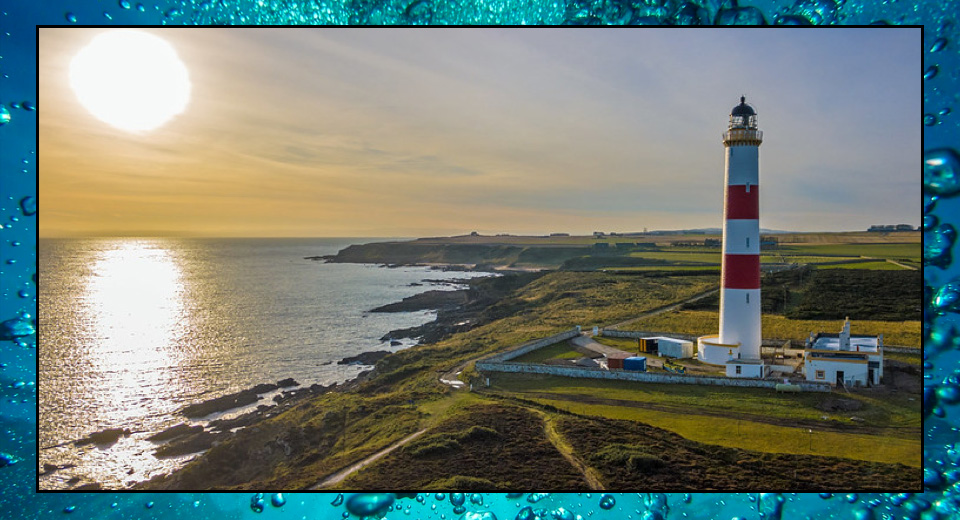 Beacon in the Night by Erika Jones

Tarbat Ness Lighthouse is a beacon in the night.

For nearly a century, this optic from the Tarbat Ness Lighthouse, now on display at the National Maritime Museum, was a beacon to mariners travelling in Moray Firth, located on the North East coast of Scotland. 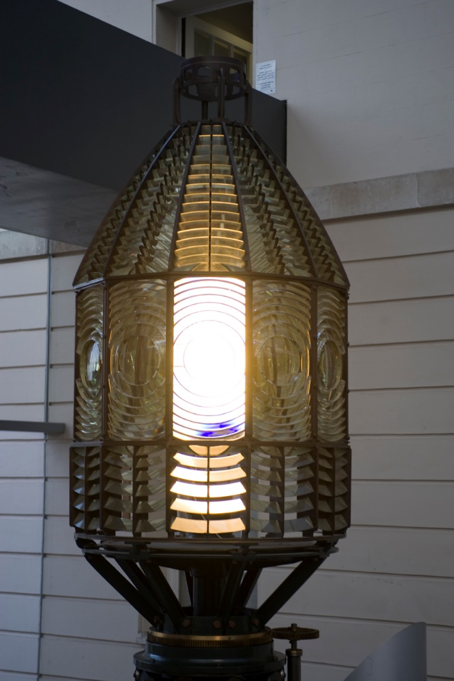 Moray Firth is one of the best places on the British coast to watch dolphins and whales. The bay is home to about 190 bottlenose dolphins. These are some of the most northern dolphins in the world, who have been seen to roam as far afield as off the coasts of Ireland and the Netherlands. 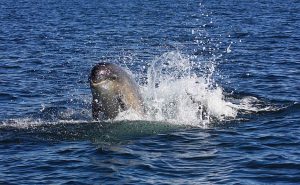 The Moray Firth dolphins are beloved by tourists and locals alike, but the Tarbat Ness Lighthouse stands as a stark reminder of the fierce power of the North Sea. After a deadly storm tore through the Moray Firth in November 1826 and 16 vessels were lost, the government was forced to act. Four years later, the Tarbat Ness Lighthouse was completed and became a beacon in the night. The tower (41 m, with 203 steps) is the third tallest in Scotland and bears two distinguishing broad red bands. The lighthouse was engineered by David Stevenson, the founder of the famous Stevenson family of lighthouse engineers. Besides designing the majority of the nation’s nineteenth-century lighthouses, the Stevenson family also had a literary bent- David was grandfather to Robert Louis Stevenson of Treasure Island fame.

Despite the reassuring presence of the Tarbat Ness lighthouse, Moray Firth storms still claimed lives at sea. One of the worst maritime disasters in Scottish history occurred on 19 August 1848. A fleet of small fishing vessels were no match for a massive storm that claimed 124 boats and 100 lives that day.

To improve the effectiveness of the lighthouse, Robert Stevenson’s grandson, David Alan Stevenson, designed this optic in 1891. What is special about this optic is that it uses Fresnel lenses that concentrate light into a powerful beam. Invented by the French physicist Augustin-Jean Fresnel, these lenses are hollow, lightweight and feature a distinctive ‘stepped’ surface. As the light passes through the lens, the light rays are bent into a parallel beam. Fresnel lenses are still used today and are commonly found in car headlamps. Using this optic technology to boost the power of paraffin lamps, the Tarbat Ness Lighthouse was visible for a range of 24 miles. A clockwork mechanism rotated the optic, so that the light appeared to flash every 30 seconds, making it easier for sailors to distinguish Tarbat Ness and establish their position along the coast.

Lastly, this optic reveals another story within the Stevenson clan. This light was installed in 1892, the same year that David’s daughter, Dorothy Emily Stevenson, was born. Dorothy went on to become a successful author of novels in World War II, and penned over forty books until her death in 1973. The Tarbat Ness light optic that her father designed continued to shine over the Moray Firth throughout her lifetime, until it was replaced in 1985.

The light optic can be seen today near the main entrance to the National Maritime Museum, Greenwich, a beacon of ingenuity, optic beauty and reminding us of the power of the sea.

Erika Jones is the Curator of Navigation at Royal Museums Greenwich. World Oceans Day at the NMM is on 8 June, and this year our theme is ‘positive activism’, as it’s now more important than ever before to raise awareness about the marine environment and to campaign for fast and collective action in order to save our planet.