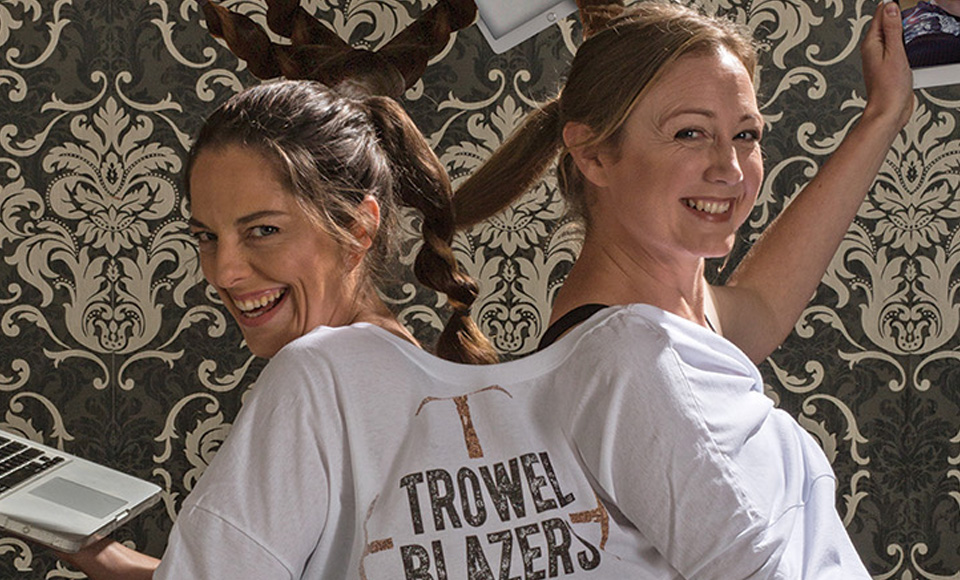 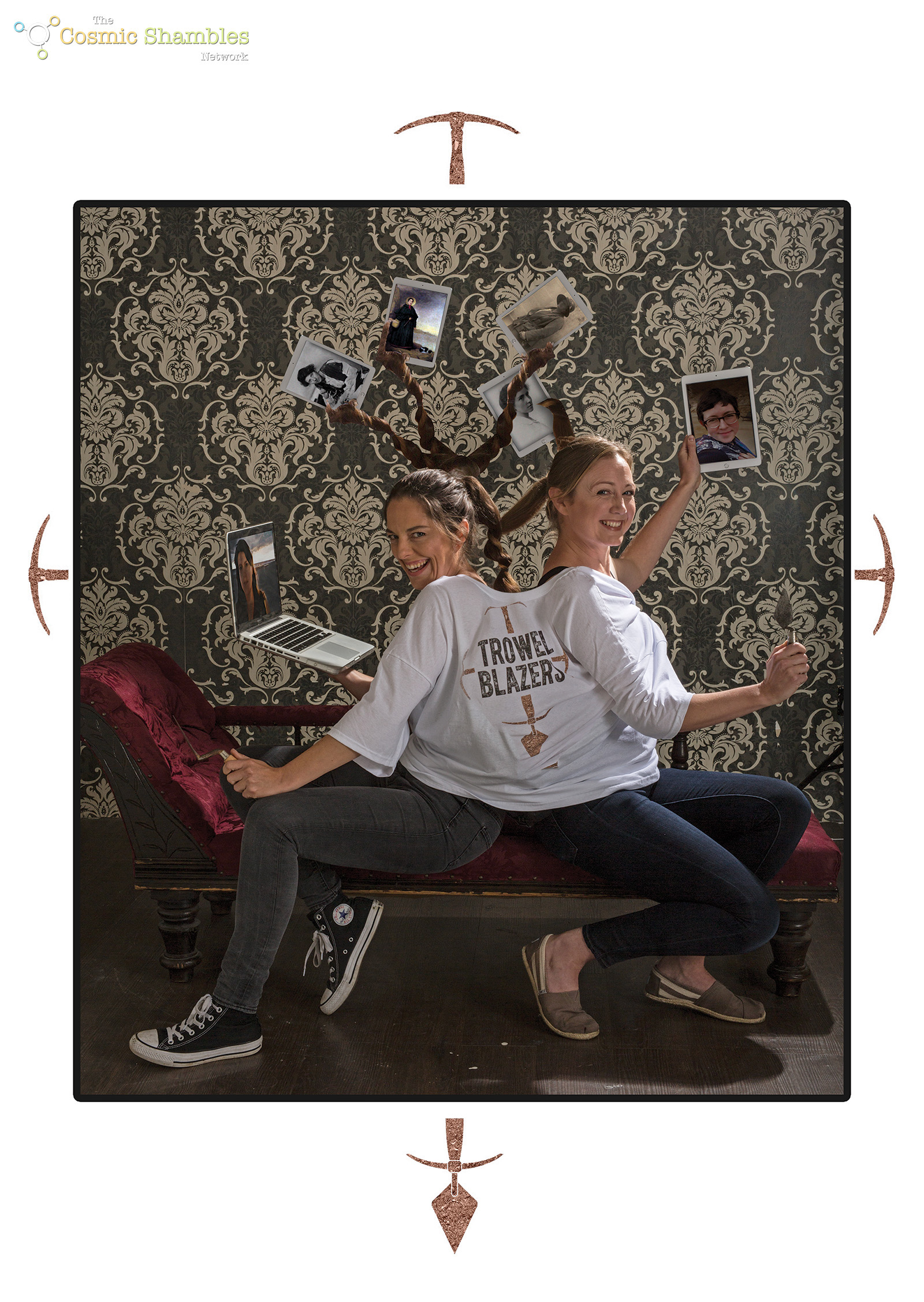 “No person ever works alone”.

Dr Brenna Hassett is a bioarchaeologist and writer who is especially interested in studying child health in the past and teeth. Her first book Built on Bones was released this year. Dr Tori Herridge is a palaeobiologist, writer and broadcaster whose specialist topic is dwarf elephants. She has presented numerous well-received science series for Channel 4 including Walking Through Time.

Brenna: …and we are part of the Trowelblazers.

Tori: That is definitely accurate. We are…when we were asked to invent a superhero that embodied Trowelblazers, the first thing that came to mind was the fact that there is no one hero, in fact, for Trowelblazers. The thing we learned soonest after starting Towelblazers as an endeavour is that no person ever works alone, they’re always part of a network, and we are a network ourselves, we are four people: Brenna, myself and two absent members of Team Trowelblazers, Dr Rebecca Wragg Sykes and Dr Suzanne Pilaar Birch. Now they’re not here now, but they’re part of our hydra.

Brenna: And they’re with us always in kind of digital fashion.

Tori: [pretending to look around for her absent colleagues in her costume] I don’t know, one of them is under here somewhere or something.

Brenna: Yeah, I mean they’re literally on What’sApp right now. OK, so our entire sort of superpower is essentially finding networks of women who do awesome science and discovering…instead of discovering one hero, which, you know, people write songs about you only need one hero, no, we need more! We need many more heroes [Tori nods and agrees] and it turns out that the world is full of them, we just don’t know their stories, so what we do is dig up [Tori laughs as Brenna produces a trowel] – I expected Tori to come out with that – the histories of these forgotten women in science.

Tori: Quite, Brenna. And it’s more than that, though, it’s not just lots and lots of heroes, it’s how they’re connected. I mean, they’re not always connected by a t-shirt, I promise you that! But, yeah, I think that hydra idea is just that: Trowelblazers works because we’re four women committed to doing things together and if one of us can’t do a job, there’s three other people who can step up. And when one head gets chopped off, another one bursts up in its place…

Brenna: …another one rises!

Tori: Case in point: I was supposed to give a talk at the Royal Society, I got knocked off my bike on the way there, called Brenna up, she jumped in at the last moment, no one even knew the difference!

Brenna: Ah, the accent may have given it away at the end, but I feel like I impersonated a palaeontologist fairly well!

Tori: Oh this, yeah, I mean that’s just it, this is the sort of thing that happens, when you form something like Trowelblazers you get to meet and hear about the activities…there’s some really inspirational women. Now this trowel was gifted to Trowelblazers by a woman called Ceridwen Lloyd-Morgan and she helped us with an exhibition called Raising Horizons which went on show first for the Geological Society and then at the University Women’s Club. And Ceridwen at the opening presented me with this trowel completely out of the blue and this was a trowel that was used by her sister Glenys – Glenys Lloyd-Morgan – who was a Roman archaeologist, well, an archaeologist who specialised in Roman research and she used it for her career. And that’s the thing with trowels, they tell a story. Here’s a pretty unworn trowel, this is probably the same size trowel when it started but its been worn down as Glenys dug away and made all of the discovery research that she did in her career. Now Glenys sadly died not so long ago and this trowel was something that Ceridwen found and it embodies her career and she entrusted it to us at Trowelblazers so that we could take care of it. She felt that we would be good custodians of her sister’s  story and I think that just sums it up. Glenys was a researcher but she was part of a team and her digging inspired a whole other group of researchers to keep on going, and it also meant a lot for her sister and that sister is also part of that wider network of women supporting women to empower women to do great work.

Brenna: And it also shows that Tori has a long way to go before she gets to that level!