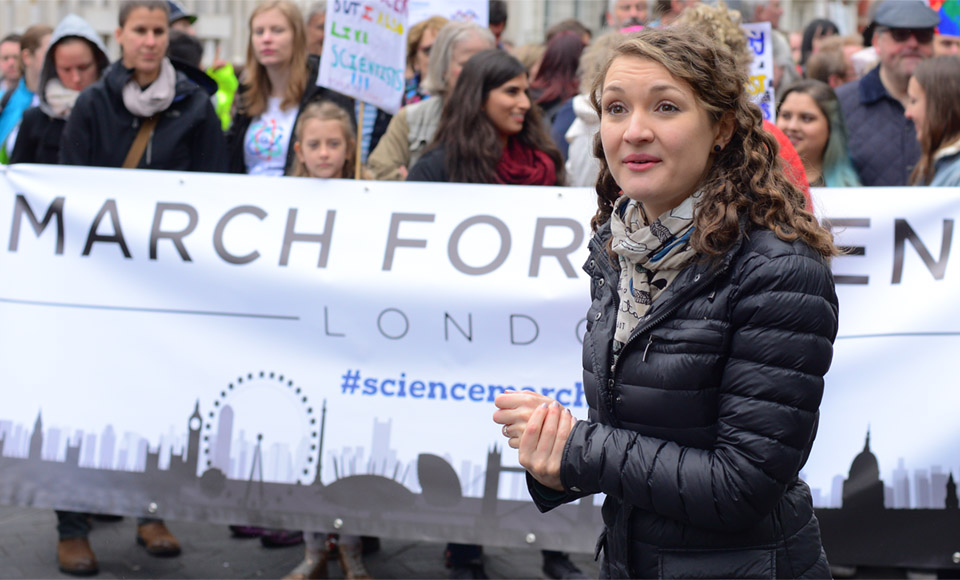 On Earth Day 2017 thousands and thousands of people around the world marched for science. With governments and media more and more ignoring facts in the areas of climate change, medicine and more people, both scientists and citizens alike, took to the streets to stand up for science.

In London 10 000+ people headed to Westminster to speak against a post truth environment where a rally saw speeches from the likes of Robin Ince and Helen Czerski.

As proud legacy partners for the march, The Cosmic Shambles Network sent Ginny Smith there for the day.

To view more exclusive content, including full interviews and speeches from various marches head to our mini site here.