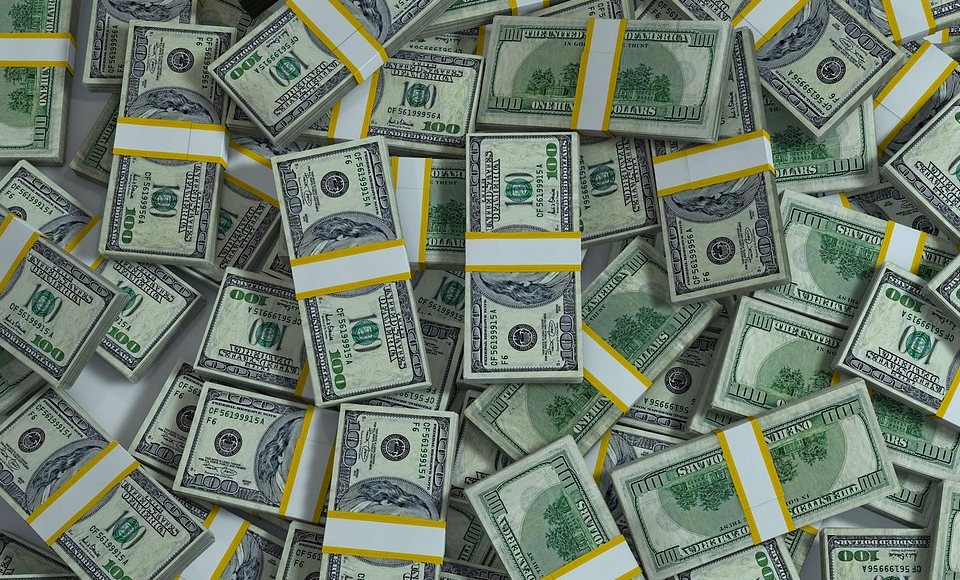 So many scientists are paid to suppress the truth, but how do you get on that lucrative gravy train?

This morning I received a direct message via Twitter. Here it is. 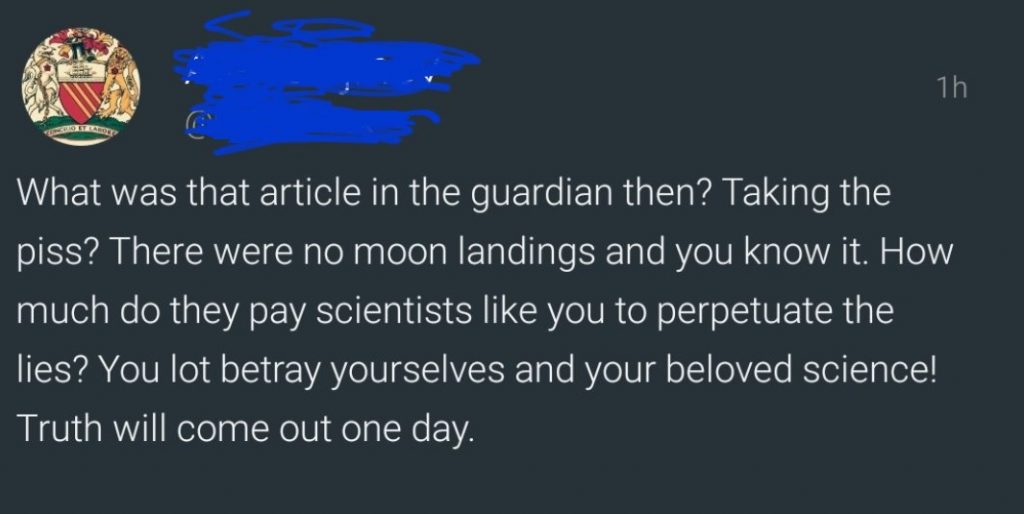 My first impulse was to deny this accusation. But then, as I sat back in my golden office chair, while sipping cognac from my diamond-encrusted mammoth ivory goblet, I confess the guilt got to me.

Perhaps this person who’d decided to angrily message a complete stranger based on a spoof article from over half a decade ago had a point? I started to feel a bit bad about my ill-gotten gains.

Not about spreading untruths, you understand. I’m cool with that.

I, like many scientists, make a fortune from lying to the public on a regular basis. As many a poorly-spelled ALL CAPS comment on the internet will tell you, practically all of the scientific ‘truths’ we accept in modern life are in fact lies, elaborate fictions concocted to fool the masses on behalf of powerful shady types who want to suppress the facts for their own ends, to make money, or, I don’t know, just for shits and giggles? And they regularly pay known scientists to lie on their behalf.

And that’s where the guilt comes in; it’s hard to make decent money as a “real” scientist these days, and I get asked very often how I end up getting paid to preserve conspiracies like I do. So, here’s a basic rundown of how you too could become a paid shill. Because there are surprising number of options.

Getting paid to preserve the moon landing conspiracy

This is what kicked off this whole thing, so let’s start here.

Obviously, NASA are behind it. In the old days it was tricky to join their payroll; you had to aim an industrial laser at the moon (it’s just a large receiving dish held up with string) and say “I KNOW THIS ISN’T REAL” in Morse code via timed pulses. Clearly, anyone with the nous to do that was a credible scientist, and NASA would calculate your location from the beam then approach you with a welcome package.

Nowadays, you can just use the internet. The link definitely ISN’T www.Nasa.org/Idliketolieaboutthemoonlandingplease. Promise.

You just sign up to complete a few online modules, then do a test. It’s just a multiple choice thing, a lot like the driving theory test. If you pass, you’ll be on their mailing list for invitations to ‘prove’ the moon landing if opportunities occur near you. You can also invoice them for every time you do it online for an audience/readership that is over 1000.

I’ve not done it myself but there’s a higher ‘Apollo’ package where you can deny the moon landings were faked at a professional level. It involves a two-day training course though, which involves throwing darts at a beach ball to ‘show how easy it is’, but that’s only for the real enthusiasts. 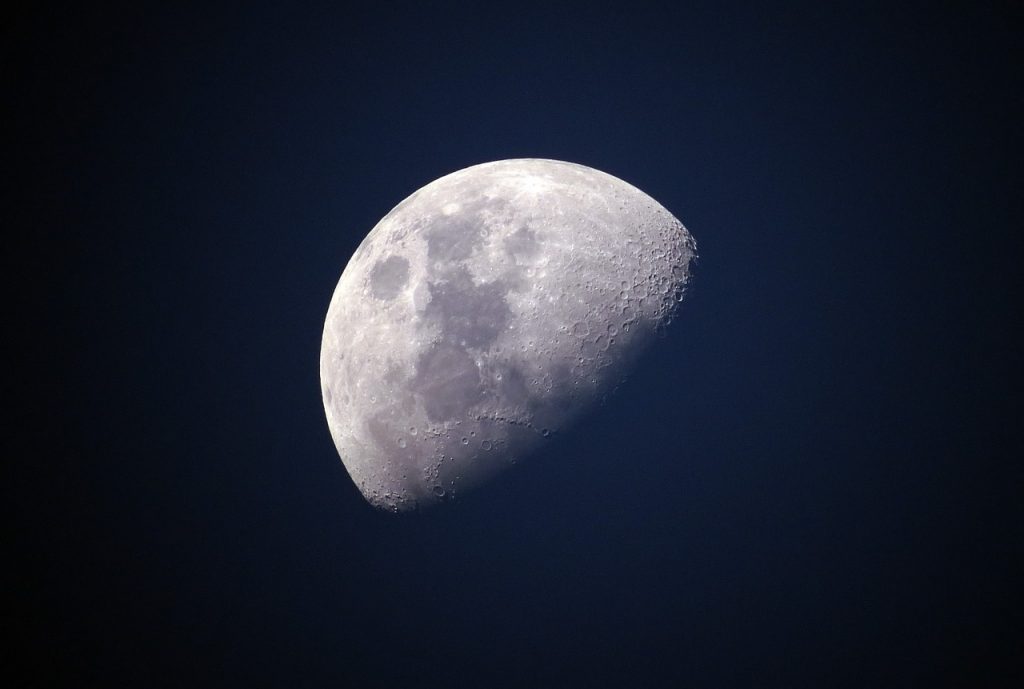 Getting paid to deny that the Earth is flat

Another NASA one (paying for all these conspiracies to be maintained takes up 80% of their budget). There are actually links to this one on the moon landing website, on the left hand side, right above the ad for that $10 wrinkle trick invented by that mom we doctors really hate (it’s true, we do).

If you want to earn money maintaining the conspiracy to deny that the Earth is flat, it’s a similar setup to the moon landing conspiracy above, but doesn’t pay as well. I think they’re banking on goodwill, to be honest; the introductory material insists the conspiracy exists purely to discourage people from looking for the edge of the world, in case they fall off.

You can actually sign up to join the ongoing effort to put up guard rails. There’s an hourly rate but you have to cover your own travel and accommodation, so you’d be lucky to break even financially. Again, only really for the true enthusiasts.

Getting paid by Big Pharma

The pharmaceutical companies run a lot of conspiracy theories, as we know. They have very deep pockets. Hence, many scientists end up shilling for them. Having a qualification in any biological science invariably ends up with you being accused of doing so anyway, so you might as well take the money.

Because the pharmaceutical companies are so big and powerful, they run many different conspiracies. One type is the ‘things which do work but we say they don’t’ conspiracies, where Big Pharma has cures for things but doesn’t want people to know in order to maintain revenue. These pay very well, with some scientists earning up to £10,000 for every public denial that homeopathy or chiropractic works, or that there’s a cure for cancer that’s being suppressed.

However, I checked the small print and there’s a clause that if you have loved ones who contract any of the conditions that can be cured by the treatments you’re suppressing, you have to let them die. So that explains why that happens.

Was a bit much for me though, so I opted for the ‘promoting things which don’t work’ conspiracies, hence I big up vaccines and antidepressants a lot. Not quite as well paid, but you sleep better at nights.

It’s fairly straightforward to get in on these schemes. Ideally, go to a conference or convention where a pharmaceutical company has a stand, approach the company rep and say something like “BOY, ALL THESE DRUGS, ISN’T IT GREAT HOW THEY DEFINITELY ALL WORK! I’M A SCIENTIST, I KNOW ABOUT THIS STUFF”. Or words to that effect.

Really yell it, to the point where passers by find it uncomfortable. Then do a huge, unsubtle wink at the company rep. Nine times our of ten you’ll be invited to a meeting at another location, where you’ll be talked through all the current shill packages. Failing that, you’ll probably still get a free pen, so it’s win-win.

You can also try this in any high-street pharmacy, but it’s a less reliable method, and you’ll probably be asked to leave before security is called, so tread carefully. 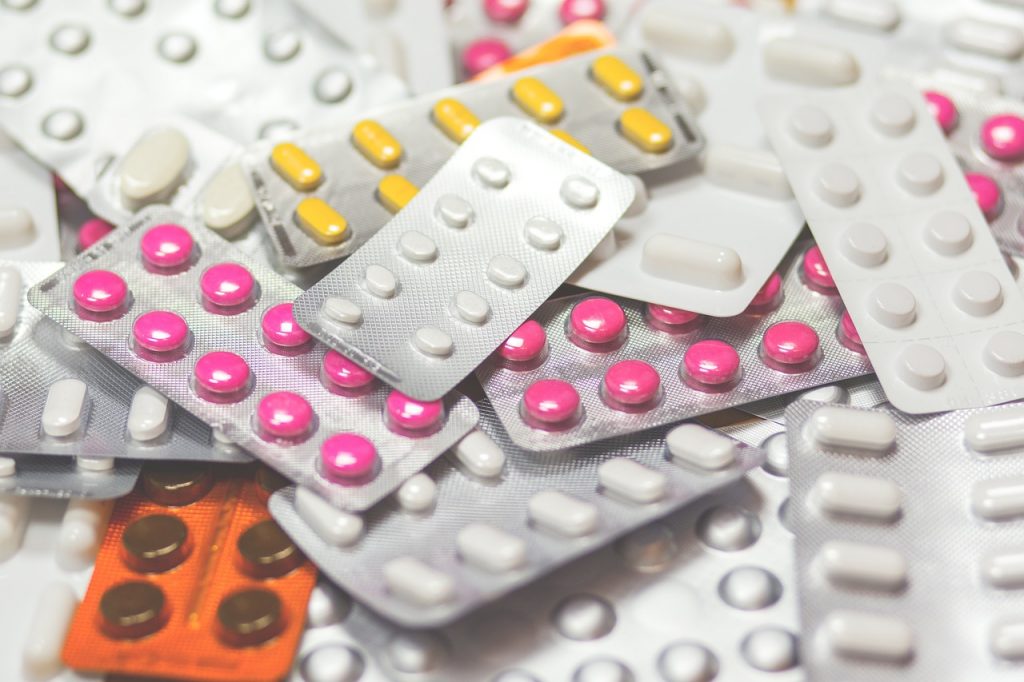 Side effect include notable swelling of the bank balance. Cha-CHING!

Getting paid to promote evolution

The conspiracy to maintain that evolution is real is widespread but harder to earn money from. A lot of it is actually spontaneous grassroots stuff, given how the conspiracy was so successful, even going as to plant evidence in million year old fossils and our very DNA.

Basically, just snoop around online, you can probably find a relevant organisation who will pay you to big up evolution. It’s not a big earner though; I did some digging and found the whole thing is funded by the Galapagos island tourism board. Not exactly a monolithic corporation, you know?

Dean Burnett would like to state categorically that all this is a ridiculous spoof (because of course it is) but is fully aware that plenty of people will believe it anyway, because that’s how it always goes. His books The Idiot Brain and The Happy Brain both explore the mindset of conspiracy theorists and what makes them tick, if you’re interested.