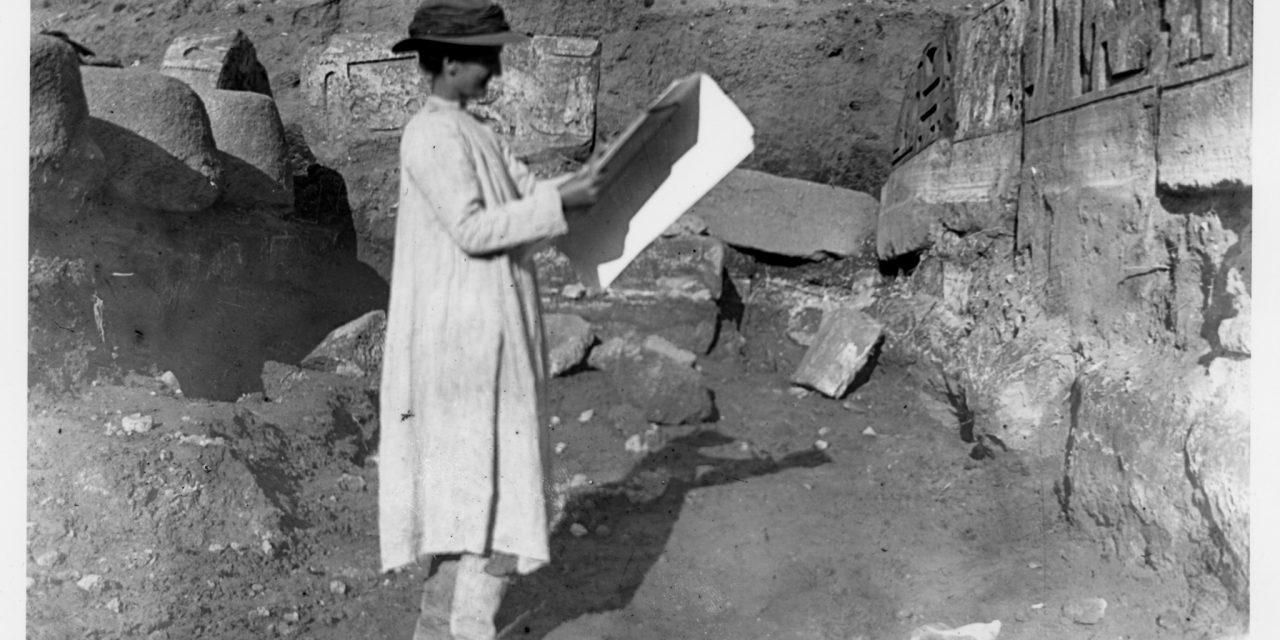 8th March is International Women’s Day. It’s become a familiar annual celebration centred on bigging up the women we know personally– and those we don’t– who function as our ‘sheroes’. For Team TrowelBlazers, IWD is in many senses what we do EVERY day. 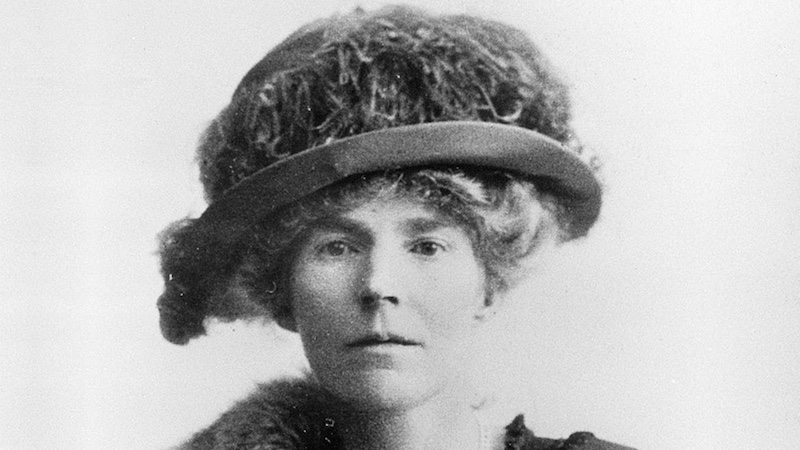 Gertrude Bell. One of the better known early women archaeologists.

Our mission is re-setting imaginations around who archaeologists, geologists and palaeontologists were– and are today.

Women have always been there, in larger numbers and doing more awesome stuff, than we’ve been led to believe by the history books.

For 2019, there’s a theme: #BalanceForBetter, a call to action in gender balance whether in the workplace or wider society. So let us be your guides, taking you on a journey through time and space where we’ll help adjust your equilibrium to the new dimension where it’s women who are at the centre of things. Going waaay back, here are some founding ‘trowelblazers’ who were all active in 1911, the year of the first ever IWD. While the names Gertrude Bell or Marie Stopes might be familiar, here are three others you’ve probably not heard of, each with their own fascinating stories.

Miss Layard was in her own words an Edwardian “flint hunter”. But she was very much more: a pioneer in archaeological excavation, she honed her methods at the 300,000 year old hominin site she found at Foxhall Road, Ipswich in 1902. The same year she was made a Fellow of the Anthropological Institute thanks to a decade-long illustrious intellectual career, being the first woman to present her own research before the British Association for the Advancement of Science in 1890. Miss Layard was very aware she was pushing boundaries and was accompanied along her challenging path by Mary Frances Outram, who she met in her 40s. In an echo of the traditional ‘scholar’s wife’ role, Mary transcribed much of Nina’s work, but was accomplished in her own right as a writer and lecturer. Miss Layard dug Foxhall Road for several years and many other sites, and by 1921 was among the first group of women admitted (grudgingly) to the Society of Antiquaries, then topped that as the first woman President of the Prehistoric Society. She published her last paper aged 82 in 1935, and that summer died just two months after Mary; they were buried in the same grave. 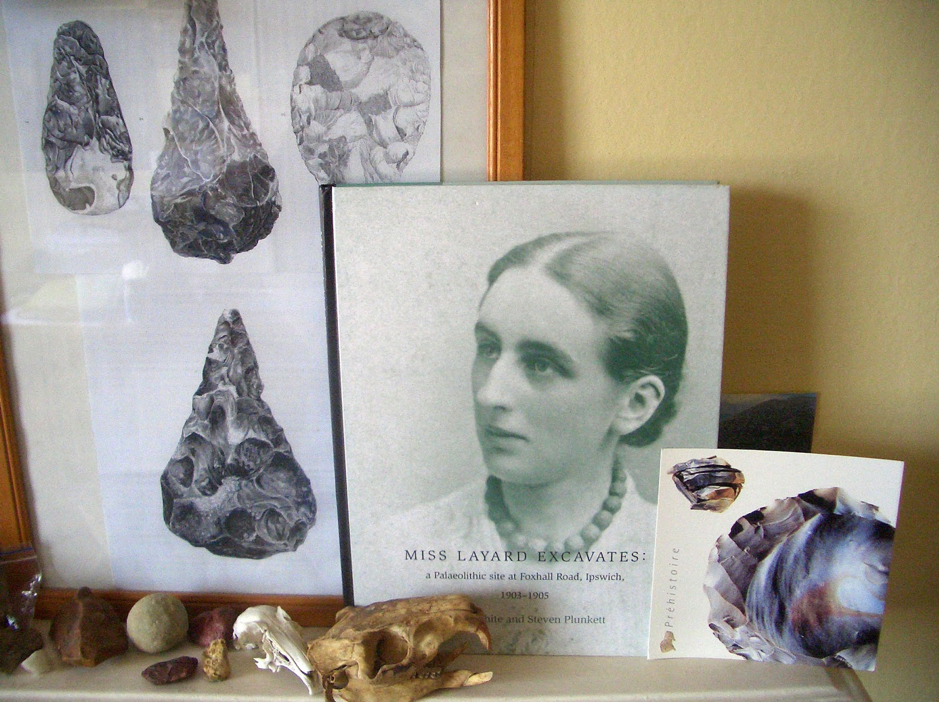 In 1895, same year Nina Layard met Mary Outram, a a similarly life-altering encounter took place for a younger– but still independent– woman into nature, geology and art: Hilda Urlin. She was introduced to probably an already famous Egyptologist, Flinders Petrie, and he took her on as an illustrator. In less than a year they were married and heading off on honeymoon, throwing Hilda headfirst into a life of desert excavation. Over decades of collaboration, she not only worked on Flinders’ digs with a number of other women, but excavated her own sites, including with Margaret Murray, the first ever Lecturer in Archaeology. Another co-worker, Lina Eckenstein at one point accompanied Hilda on a six day trip by train, boat and camel in the desert to join new excavations.

Hilda was perhaps unsurprisingly a strong supporter of women’s suffrage, growing up with family friends involved, and supporting various organisations later in her life. Hilda died in 1957, but was outlived by her older friend, research partner and fellow feminist Murray, who wrote her obituary. 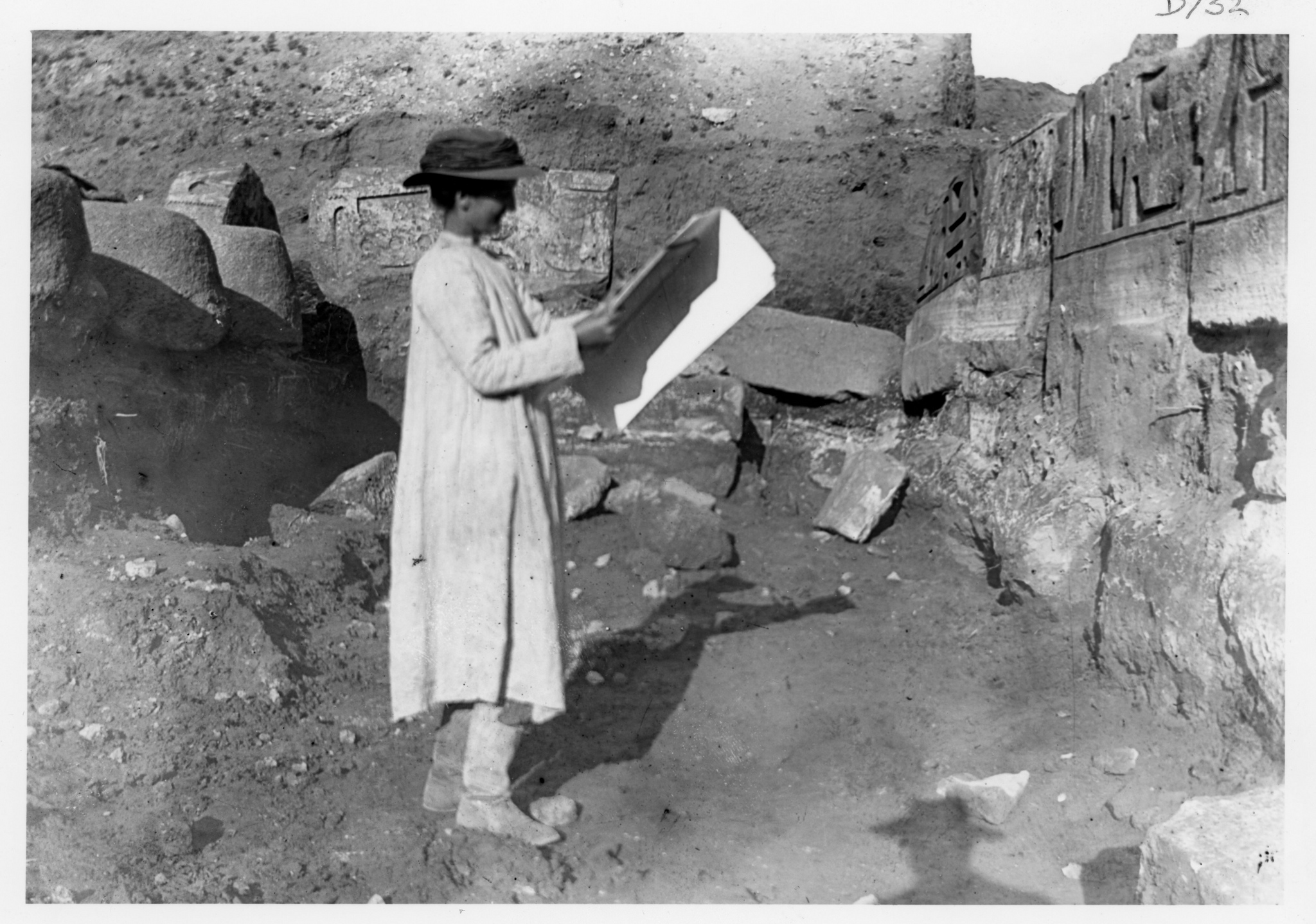 Born just two years after Nina Layard, Jane (as she was known) Longstaff’s career spiralled very precisely around her great passion: molluscs, especially snails. By her 20s she was already involved in regional scientific societies and sharing her research, and joined the Geologists’ Association who, unlike the older Geological Society, were open to women members such as Caroline Birley. Her achievements were so great however, that six years later the Society awarded her the Murchison Award for exceptional work by the under-40s, and when they finally permitted female Fellows in 1919, she was among the first elected exactly a century ago. She published an extraordinary number of papers and travelled widely for her research. In her 50s she married an insect expert, but like so many other early trowelblazers, collaborated through her life with other women including Elizabeth Anderson Grey. She died the same year as Nina Layard. 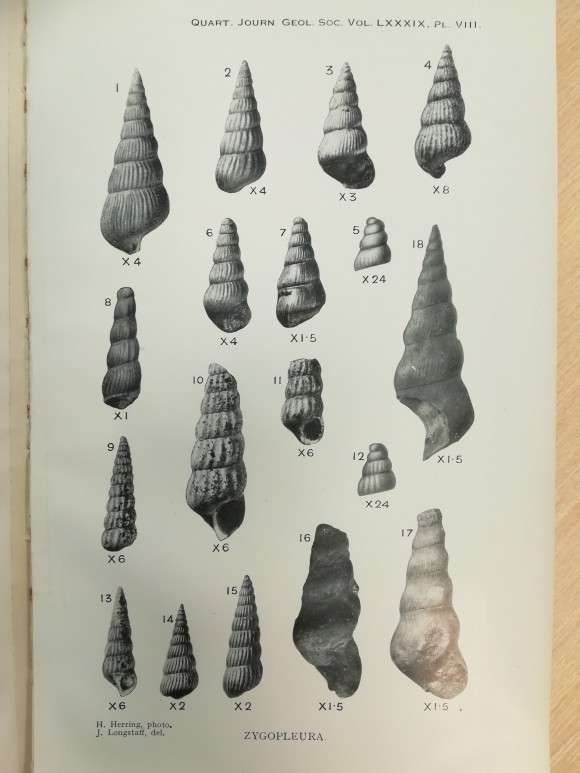 Image from “A Revision of the British Carboniferous Loxonematidae, with Descriptions of New Forms” by Jane Longstaff, 1933.

All these women shine as individual points of light, but zoom out and you see a veritable galaxy of other trowelblazers working in 1911, as IWD emerged from the combined action of millions of women around the world. A century on, we at TrowelBlazers believe it’s fundamentally important not only to celebrate the contributions of individuals and the power of women’s visibility, but also the impact of connectedness. Role models create a “See It; Be It” spark that sets girls off in pursuing passionate interests, but it’s networks and raising each other up by mentoring and collaboration that will keep them in the trowelblazing careers of their dreams.

Dr Rebecca Wragg Sykes is a palaeolithic archaeologist, specialising in the Neanderthals. She is a stone tool (lithic) expert, and held a Marie Curie Intra-European Fellowship at the at the PACEA laboratory, Université Bordeaux 2013-15.  She is a co-founder of The Trowelblazers and can be found on Twitter at @LeMoustier.