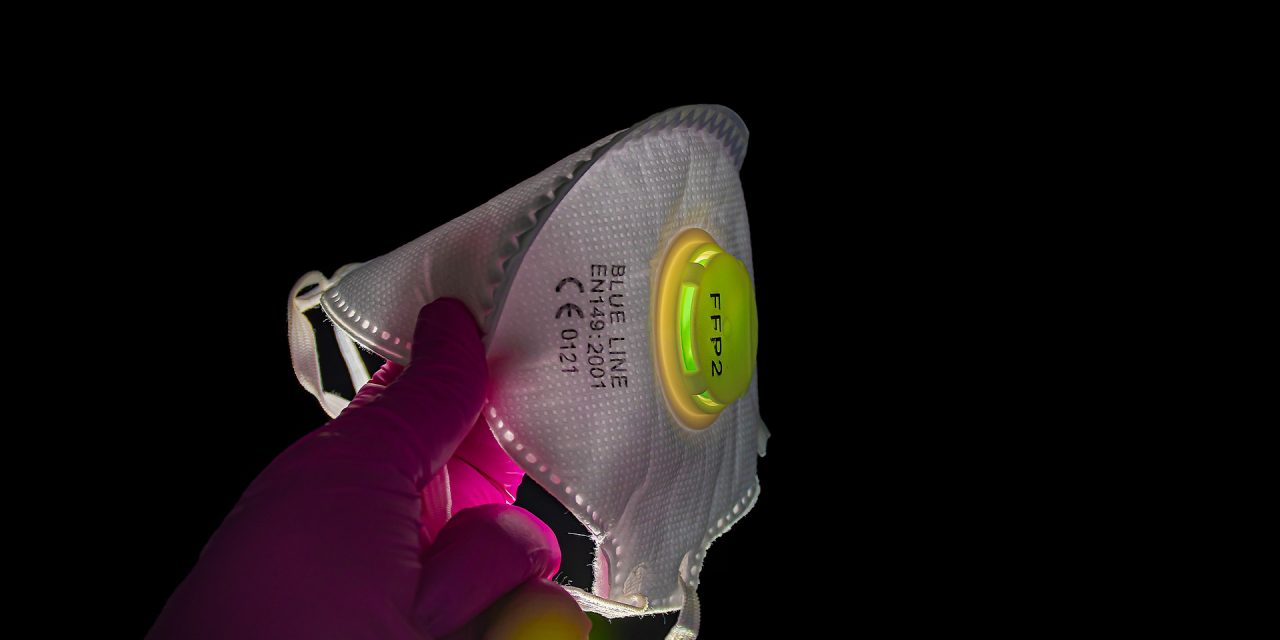 Last week, Singapore, where I am currently living, changed their rules when it comes to masks. 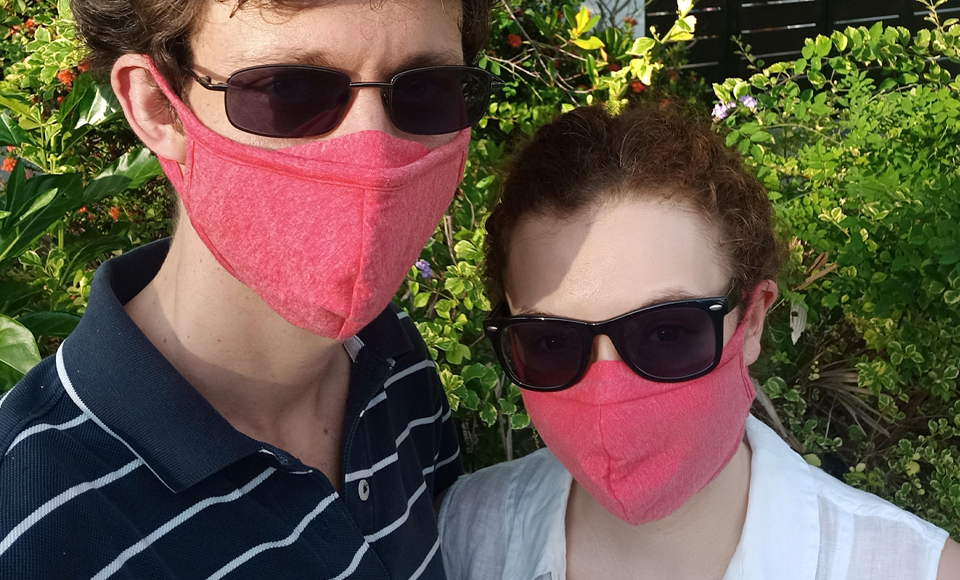 It is now mandatory (with a few exceptions) that we all wear one when outside the house, and anyone not wearing one can be slapped with a $300 on-the-spot fine. The government even gave each person a reusable fabric mask to make this easier. This change comes off the back of evidence that the virus might be spread by people who have no symptoms, so don’t know they are carrying it. While there is little evidence a fabric mask will protect the wearer, the hope is that it might prevent them from passing on their germs without knowing it.

Whether wearing this type of mask does actually prevent you spreading the disease is hard to say- there have been very few studies looking at fabric masks, and even fewer with coronaviruses. For a great summary of what we do know about masks and how they protect wearers and those around them, I highly recommend this YouTube video by Science Sam.

But I have another concern when it comes to mask wearing, and it’s not whether the masks work, but whether they change our behaviour. This might seem unlikely, but protective equipment can and does change the way we act- something that has been seen quite clearly on ski slopes over the last decade or so.

I learnt to ski as a young child, so even though we only had one week a year on the slopes, I was reasonably proficient by the time I was a teenager. I wore a helmet when I was very young, but as a teenager I loved the feeling of the wind in my hair – and going back 15 years or so, skiers or snowboarders wearing helmets were still in a minority.

I haven’t been skiing for several years now, but my parents still go every year. My dad, still skiing in his sixties, has never worn a helmet and continues to resist the trend. But he now finds that he is in a small minority.  Analysis now estimates that 80% plus of skiers and boarders are wearing helmets.[1]  That sounds like good news, as evidence does suggest that helmets are worthwhile,[2] but there might be a downside.  Some studies have suggested that those who wear helmets take more risks on the slopes, particularly younger men.[3]  Other studies suggest those skiers ski faster than those without that protection.[4] (My parents’ unscientific view is that this is certainly the case!)

This is an example of something called risk compensation. This theory proposes that people adjust their behaviour in response to the perceived level of risk, consciously or sub-consciously. So, in this case, feeling protected by their helmet, skiers increase their speed or try more challenging runs than they would have with their heads protected only by a nice woolly hat (or a hideous one, as in the case of my dad!). Some of the potential benefit of helmet wearing in the skiing population has been converted into riskier skiing practices.

Other observations have shown that motorists wearing seat belts drive at a higher speed than those without[5][6]. Similar to the skiing example, we could look at this as taking the benefit or “utility” of wearing seatbelts as driving faster and decreasing journey time, rather than the “utility” of greater safety. And it’s not just the person wearing the protective gear who might change their behaviour. Studies have shown that cars will give cyclists less space when overtaking if they are wearing a helmet [7].

My concern is that risk compensation may also come into play when we look at human behaviour during the pandemic. If an individual feels that wearing a mask reduces their risk of being infected or spreading coronavirus, they may stick less strictly to other guidelines, like social distancing and handwashing. Imagine someone has previously been behaving well in the supermarket, keeping a distance from other shoppers and not handling food unless absolutely necessary. Now, wearing a mask, they decide that they can take more risks. They squeeze past people to get to the vegetable display, they handle or breathe on the food on display, they cough or scratch their face. The risk reduction of wearing the mask has been spent on other “compensations”. 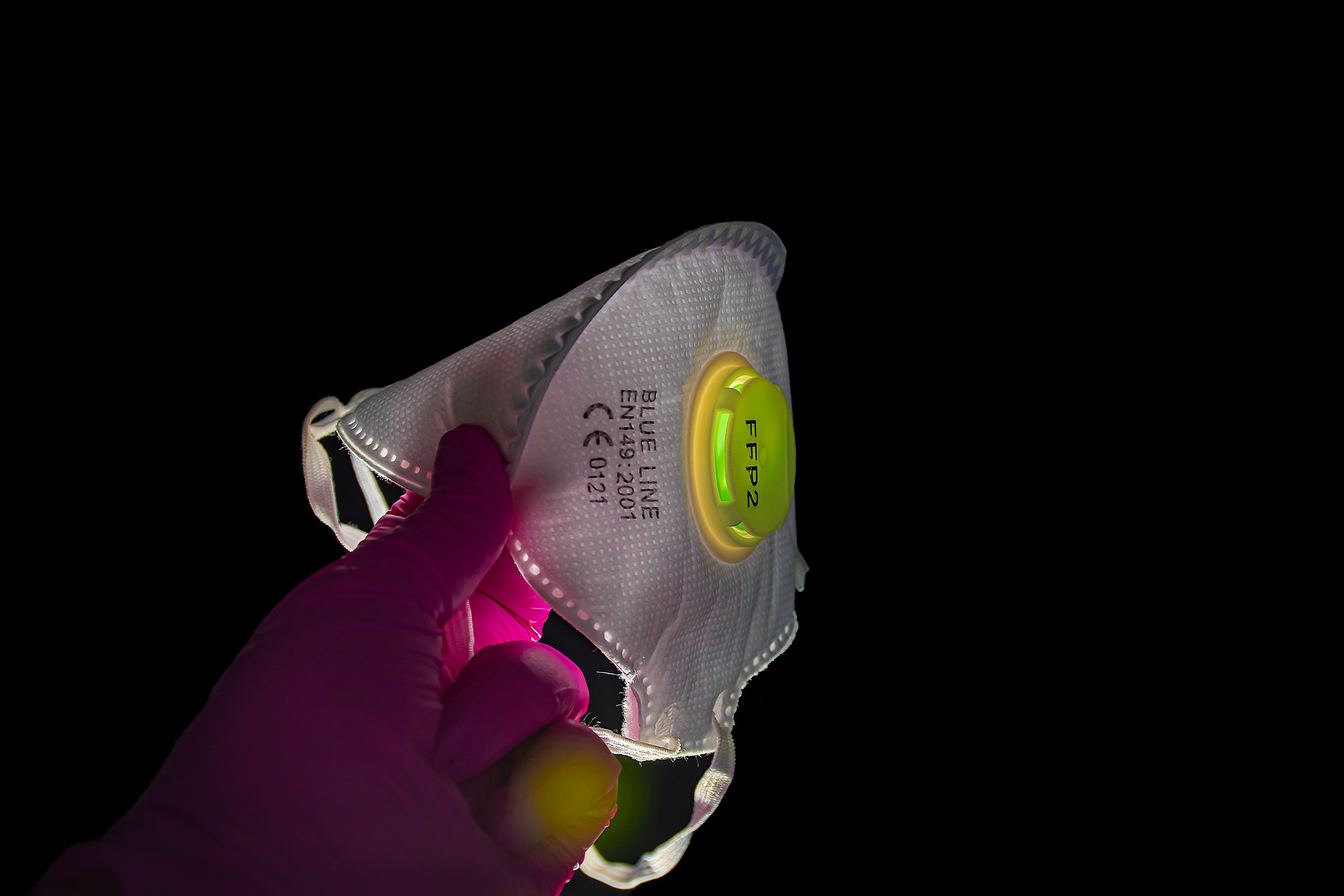 This means that even if the mask is providing some protection (which, as we said earlier, isn’t necessarily the case), that might not translate to a reduction in overall risk for the population. The wearer may instead decide, probably sub-consciously, to translate the benefit of the mask into indulging in riskier behaviour. That provides a utility or benefit to the individual, but the overall effect in terms of the pandemic and the population at large might be negligible, or even negative. And if non-mask wearers also feel protected, and therefore make less effort to avoid people who are wearing masks, this effect could be compounded.

What can be done to mitigate this problem? Education would seem to be key. Emphasising to everyone that wearing a mask does not give you or others anywhere like 100% protection is vital, as is stressing that all the other safety measures such as physical distancing should not be dis-regarded just because you are wearing a mask. As most of these behavioural changes are likely to be sub-conscious, making ourselves aware that they might happen will allow us to check our behaviour and ensure we aren’t taking bigger risks because of our masks.