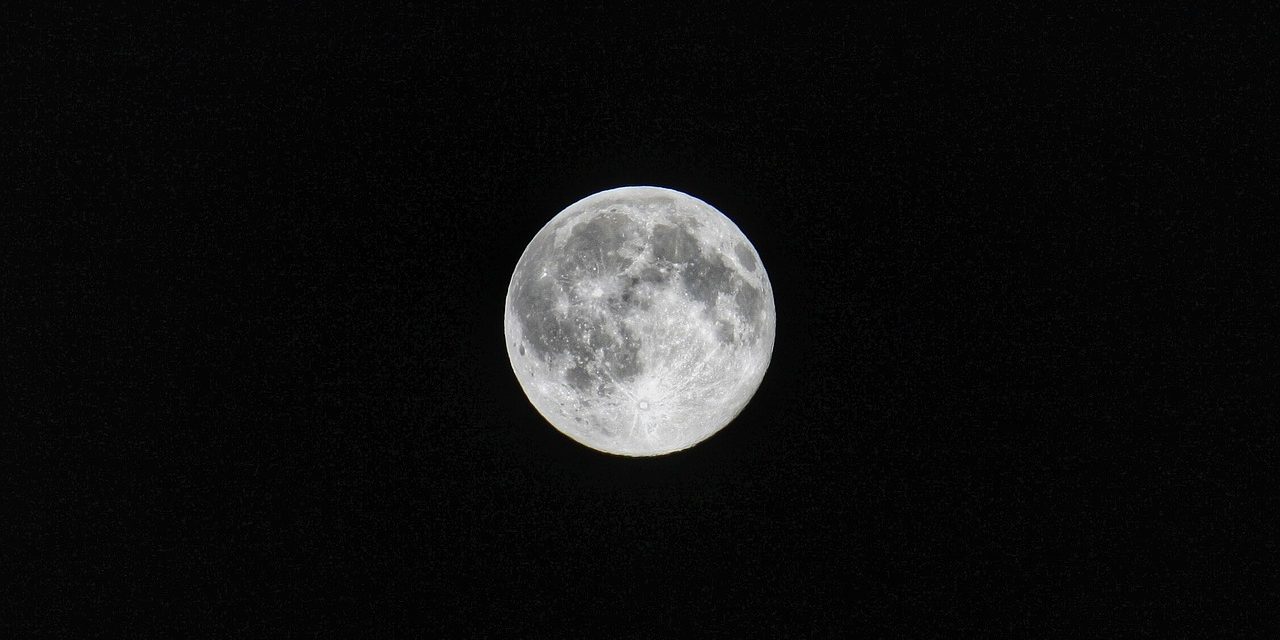 I’ve just got back from 10 days in Sicily- a well needed break, and a lovely destination. My husband Jamie and I spent our days wandering around ancient Greek ruins, well-preserved Roman mosaics and charming towns perched precariously on the flanks of Etna, and our evenings eating delicious pasta and incredibly sweet cannoli. 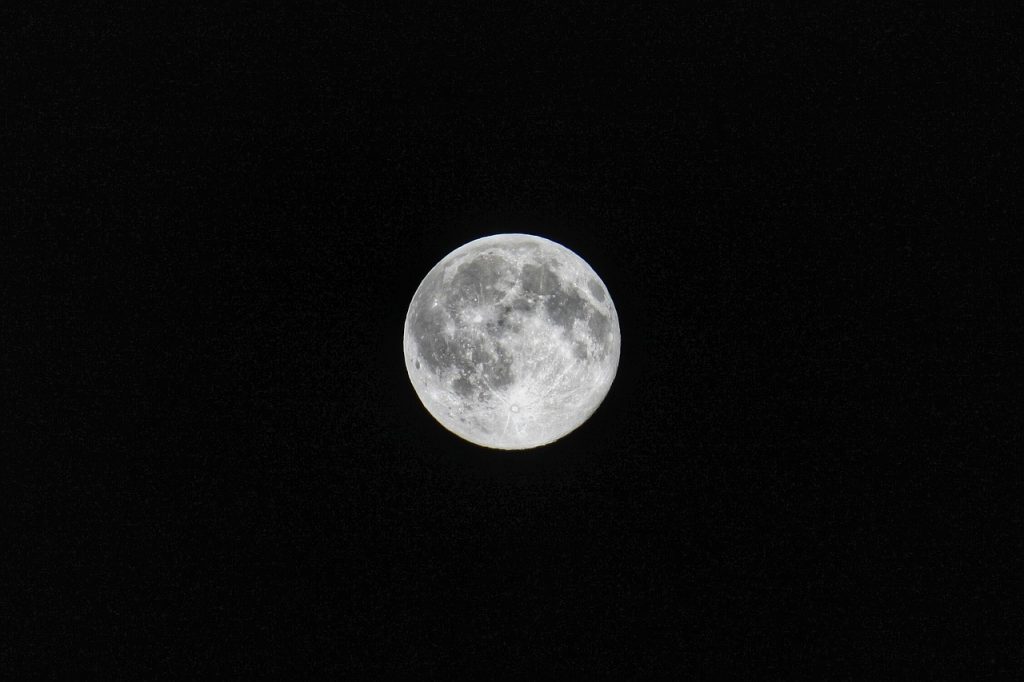 One evening, we were driving home after dinner when Jamie pointed at the horizon.

“Look how huge the moon is tonight!” he exclaimed.

“It’s an illusion!” I replied, “The moon always looks bigger when it is on the horizon.”

I have told him this before[1], but this time something happened that I’d never seen. The town we ate dinner in was deep in a ravine, and we were driving uphill when he spotted the illusion. The moon wasn’t actually on the horizon, but a false horizon created by the steepness of the slope.

Within seconds, we had reached the top of the hill and there was the moon, high in the sky, and seeming to have shrunk to half the size it had been just moments ago. Normally, to see the illusion in action you have to wait for the moon to rise slowly into the sky, so seeing it happen in seconds was incredible[2].

Debate has raged about the cause of the moon illusion for thousands of years, and philosophers from Aristotle to Descartes to Kant have written about it. While it was proved conclusively long ago that it is an illusion (the actual size of the moon’s image can be measured and is the same on the horizon as in the sky), there are still a number of theories about why we experience it. 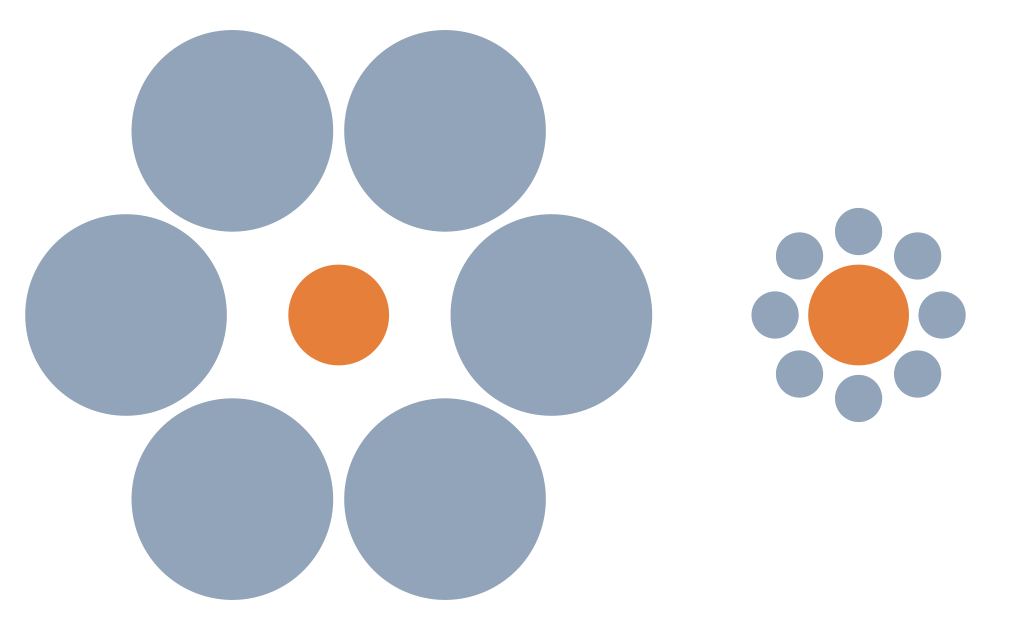 When we look at the moon on the horizon, there are lots of little trees and houses to compare it to, so it looks big. High in the sky, however, all there is surrounding it is the vastness of space, so it looks small in comparison.
One of these is based on the Ebbinghaus (or Titchener) illusion- here two identical orange dots appear different sizes when compared to the blue dots around them. So the one on the left looks small compared to the large blue dots while the one on the right looks big compared to the small ones.

Another idea is based on our understanding of perspective. We all know that things look smaller when they are further away, so our brain compensates for this, by boosting the apparent size of distant objects. This is what causes the Ponzo illusion- both these cats are the same size, but our brain tells us that the top one must be huge, because it is so far away. 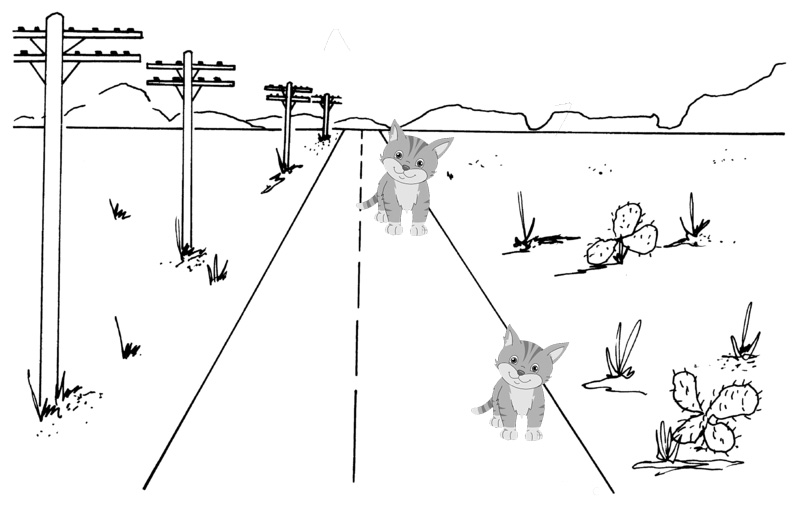 So maybe that is what is going on with the moon- when it is on the horizon, we know it is a long way away, as the horizon is always distant. So our brains tell us it must be huge. When it is high in the sky, however, we have no way of knowing how far away it is, so the illusion doesn’t kick in.

A variant on this theory suggests it is the focus of our eyes that is to blame. If something is very close, you have to go almost cross-eyed to look at it. The further away it is, the less cross-eyed you need to be. This is called convergence, and it is one of the ways the brain tells how distant an object is. On the horizon, your eyes can focus and tell that the moon is distant, but the lack of objects in the sky means there is nothing to focus on, so your eyes default to their resting focus, just a couple of meters away. This means you think the moon is closer than it is, and therefore must be small.

There is still debate about why exactly we see this illusion, but one thing is clear- our brains are incredibly powerful. The dramatic difference we see between the horizon moon and the one high in the sky seems so real, but is entirely created by our brains. In fact, MRI studies have shown that an object that appears bigger activates more of the brain’s visual processing areas than one perceived as smaller- even when their actual sizes are identical[i]. But then maybe that shouldn’t be surprising- the more we learn about the workings of our brain the more we realise they are constructing, rather than detecting, our reality. Surprisingly, you can make the illusion disappear simply by bending forwards and looking at the horizon moon through your legs- so it seems that to see the world as it really is, we have to turn the whole thing upside down!

[1] we’ve been together 10 years, so I’m pretty sure we’ve had every possible conversation already
[2] Unfortunately, the winding mountain road we were on was one way, and having already got lost twice that day we decided taking a detour to drive it again and try to photograph the phenomenon wasn’t sensible, so you will just have to take my word for it!
[i]http://wexler.free.fr/library/files/murray%20%282006%29%20the%20representation%20of%20perceived%20angular%20size%20in%20human%20primary%20visual%20cortex.pdf 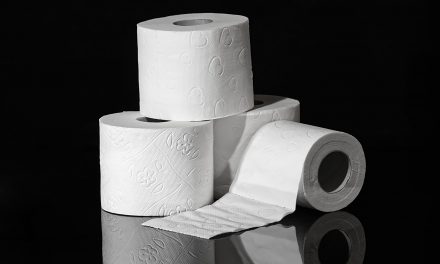 The Pandemic Brain: Where Have All The Toilet Rolls Gone? – Brain Yapping