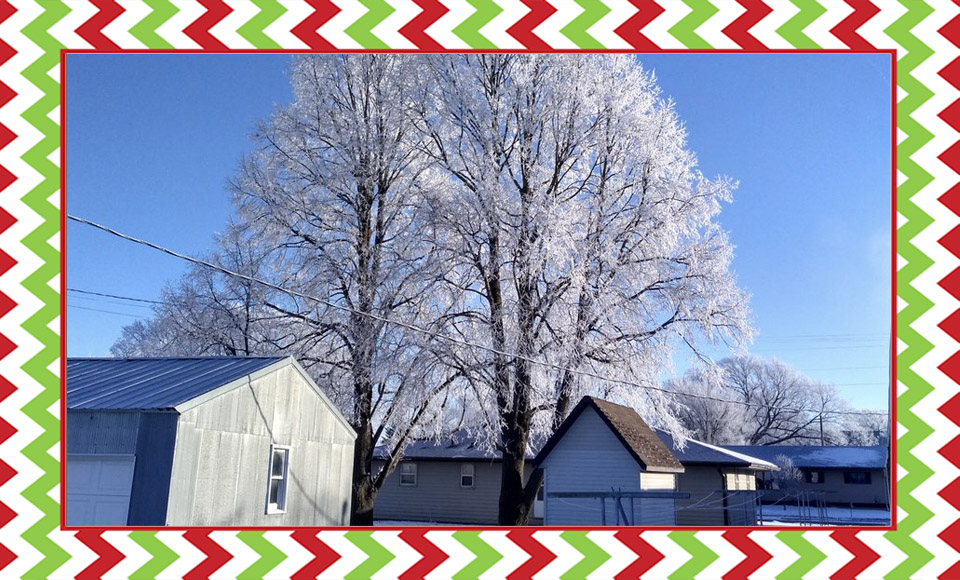 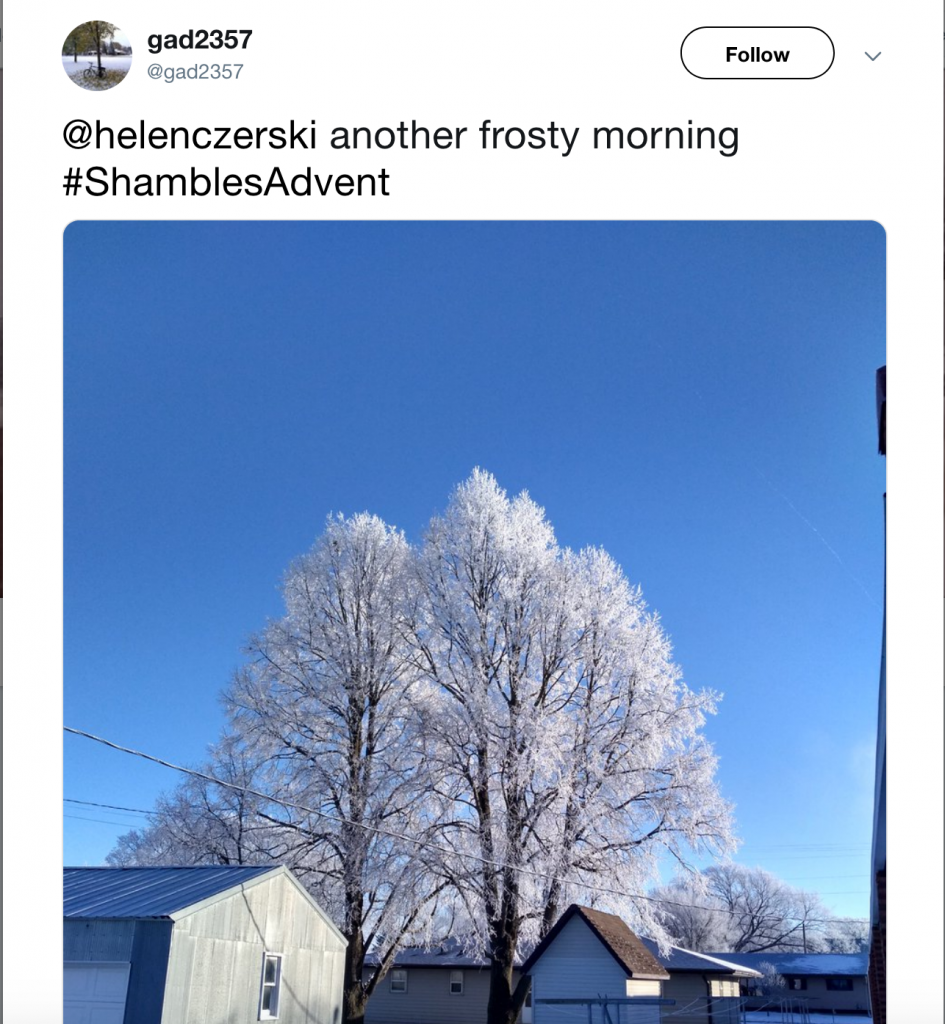 Today’s picture was sent in by @gad2357 .  It’s such a pretty scene to admire from a window, but venturing out into it might not be for everyone.  We know from experience that even though the sky in this scene is a beautiful bright blue and there’s plenty of sunshine, stepping out of the door would be like stepping into a freezer.  It’s going to be cold.  But surely, with so much sunshine reaching the ground, you’d expect a warmer day.   Why is it such a slam-dunk certainty that the sunniest winter days are the coldest?

The picture shows us lots of energy arriving at the ground – there’s oodles of light from the sun and the sky.   But the temperature doesn’t just depend on what’s coming in.   The critical measure is the difference between what comes in and what goes out.   What isn’t shown in this picture is the other half of the equation: the flood of energy being lost into space.  It’s invisible because it’s happening way beyond the end of the rainbow, in colours that we can’t see.

When sunlight hits the ground, it can either be reflected or absorbed.  If it’s reflected, it just sets off back into the atmosphere, and maybe it will make it all the way back out into space.  But when light is absorbed, it heats up the ground.  The ground at the bottom of that tree may be below freezing, but it still has a temperature, and so the laws of physics say that it must be losing energy by radiating light away.   This lost light is infrared, at wavelengths more than ten times longer than the longest we can see (red).  The ground is glowing, and that energy is streaming upwards.   On a cloudy day, this infrared energy would be caught by the clouds, warming them and perhaps being sent back downwards.  This traps the energy close to the ground, and keeps things warm at ground level.  But on a clear day, the lost infrared energy keeps going up and out, and it’s gone.   Air temperature depends mostly on ground temperature, so if the ground cools quickly, the air also cools.  Without a nice cloudy blanket to trap the heat, the sunny inflow doesn’t stand a chance of keeping up with the invisible outflow, and a cold day is on the cards.   So the sun and the sky are bright in this picture, but the ground is even brighter still (or would be, if we could see in the infrared).   I like cold clear days anyway, but I think that this makes them even more beautiful!