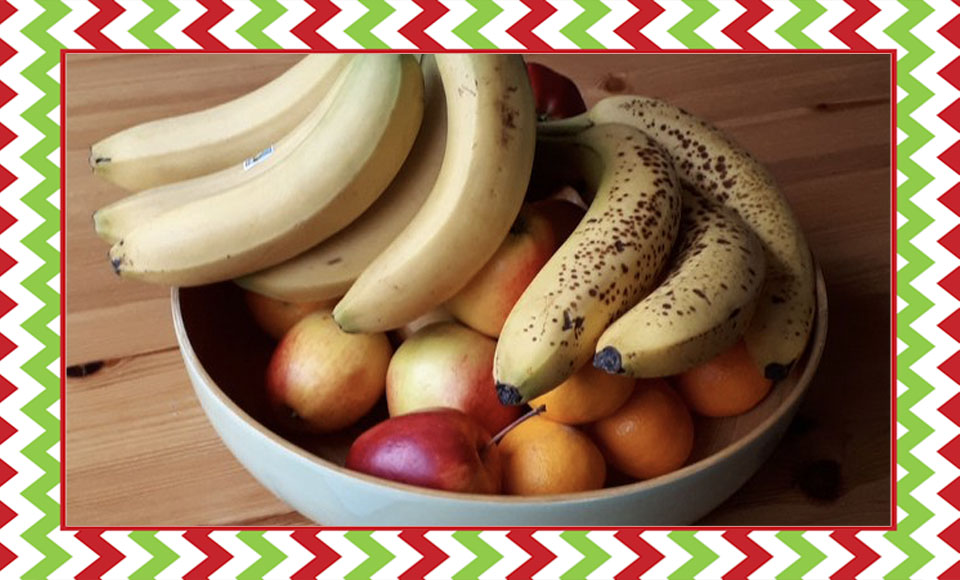 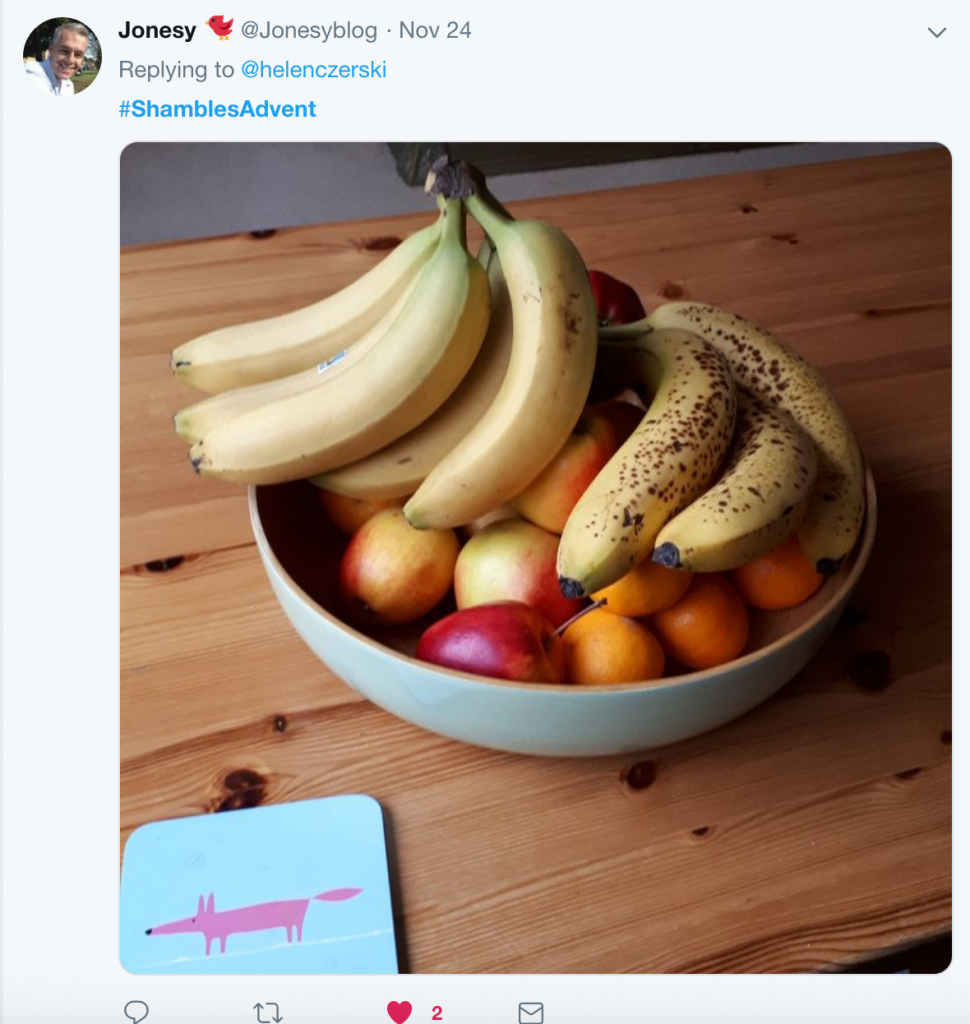 This picture from @JonesyBlog shows that he’s an enthusiastic banana consumer, or at least enthusiastic enough to buy a new bunch while the last one is still hanging around.  Running out apparently isn’t an option!  We can see which bunch is ripe because the brown spots are a dead giveaway, but that’s not the only difference.  If you look at the ripe bananas under ultraviolet light (you need a special torch to do this) you’ll see fluorescent circles around all the dark brown spots.  A chemical in the banana skin is absorbing a colour that we can’t see (ultraviolet) and giving another one that we can see (blue).  That’s the process of fluorescence.  I’ve just taken the pair of pictures below of a banana in my fruit bowl in normal light and under an ultraviolet torch, so you can see the glowing blue rings.

The fluorescing spots have been known about for a while, but it was only ten years ago that researchers noticed that actually, the whole banana starts to glow under ultraviolet light as it ripens.  An unripe banana is green because it’s full of chlorophyll, the pigment that gives leaves their colour.  As the banana ripens, the chlorophyll breaks down and loses its green colour, and then you can see some of the other pigments in the banana: the yellow carotenoids. They make a ripe banana yellow.   So far, so good.  But the chlorophyll doesn’t just vanish – it breaks down into other molecules and it’s these that are fluorescing.  As the ripening process continues, new molecules are continually formed from the chlorophyll leftovers.  The process of breakdown has progressed much further around the brown spots, and the molecules found there are super efficient at converting ultraviolet light into visible light, which is why they’re particularly bright.  There is a bit of ultraviolet light around in ordinary daylight, so even in this picture, the ripe bananas on the right will have a slight blue glow (although too faint to detect easily in the bright light).  And glowing fruit sounds awesome!