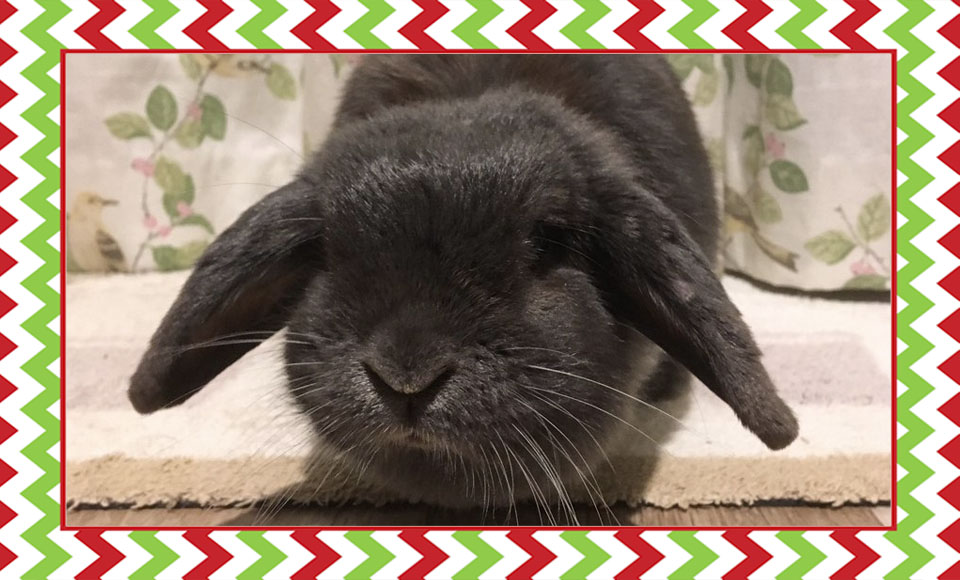 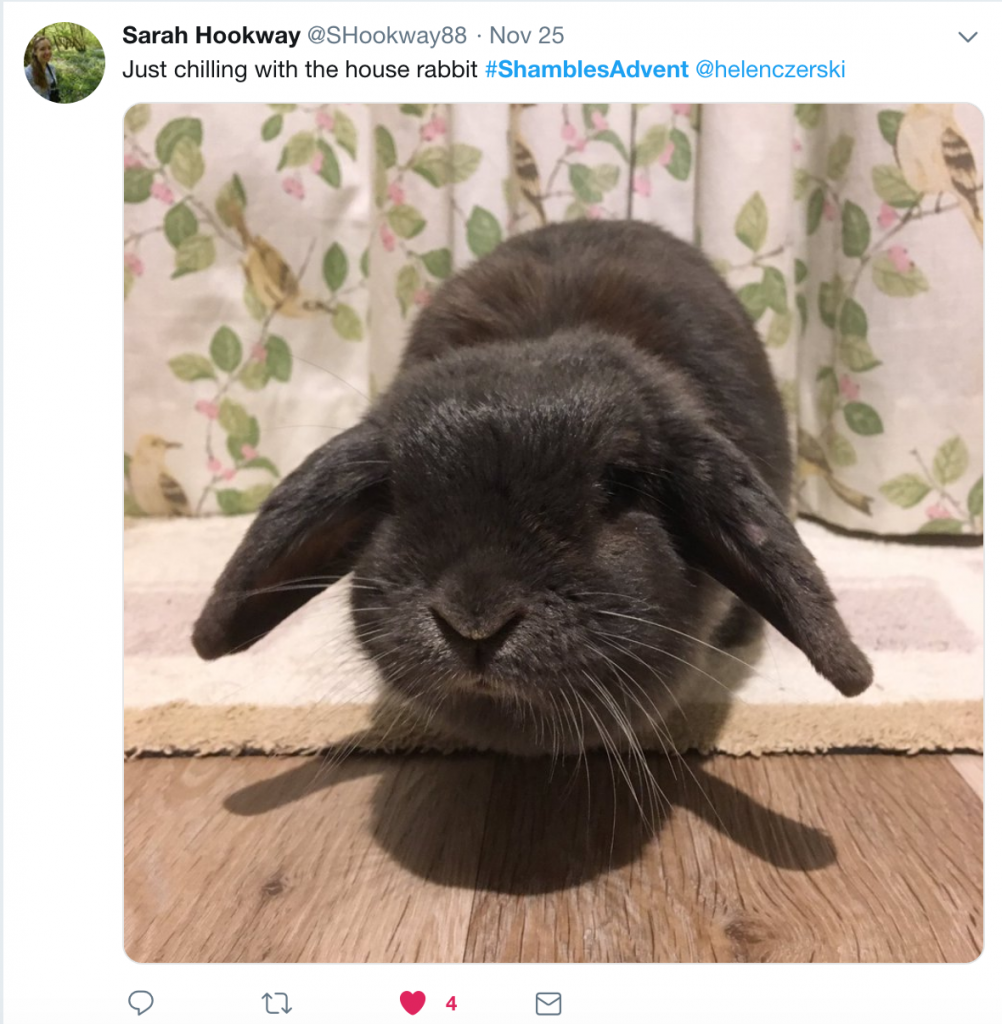 I have wanted to put @SHookaway88 ‘s house bunny behind an advent door ever since she sent the photo, and I’ve considered a range of bunny science nuggets to highlight: why rabbits wiggle their noses, why they’ve got V-shaped nostrils, why their fur is so shiny and so on.  And then I read about something I couldn’t ignore and I’d never heard before, but is probably not news to any rabbit owners.  I’m putting it here because I feel the rest of us should know about it.

Our cute cuddly friend here eats his or her meals twice.  Dinner number one is a familiar sight: the rabbit nibbles on grass or vegetables with that focussed look that says nothing is going to distract it from this vital task.  But plant matter is difficult to digest – there are lots of nutrients in there, but there’s also lots of cellulose and lignin. No mammal can digest those directly.  Just after it all goes through the rabbit’s small intestine, there’s a sorting process.  The indigestible fibre carries on down the large intestine and forms the rabbit droppings we’re familiar with – that’s just unwanted packaging.  The potentially useful food gets shunted off into a pocket at the side called the cecum, which has ten times the capacity of the stomach.  That’s home to a huge family of helpful microorganisms which immediately get to work, fermenting their feast and producing useful vitamins and nutrients in the process.  When they’ve done their job, the resulting soft nutrient-rich globule is squeezed back out into the main intestine and trundles on down to the far end of the rabbit.  It’s now dinner number two, in both senses of the phrase.  The rabbit scoffs this midnight snack straight from its anus, sending it back to the stomach where the additional nutrients can be efficiently extracted.   It’s undoubtedly an extremely impressive recycling scheme.

There is a list on Wikipedia of fictional rabbits with hundreds of familiar and not-so-familiar bunnies on it, and I’m almost certain that not a single one of them has ever been shown doing this.  I feel slightly cheated…