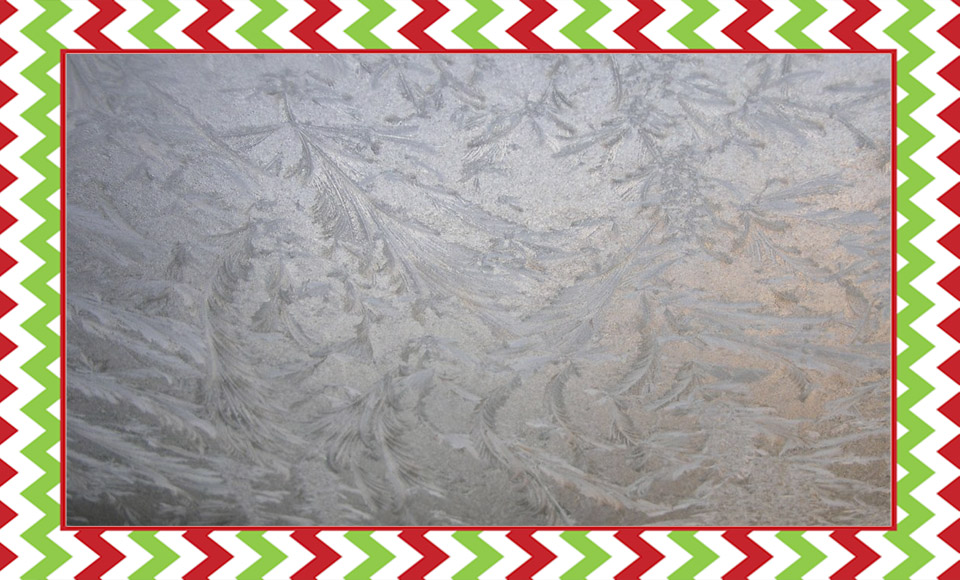 Today’s picture, sent by @ShipbuilderD , shows a familiar winter sight: frost on a car windscreen.   These beautiful feathery patterns don’t come along with every frost, though, and we can see that there are patches of this windscreen that just have “normal” frost, without feathers.  The feathers give us a clue about the way the ice formed.

We’re all taught at school that if you start with very hot vaporised water (a gas) and cool it down, it goes from gas (in the air, usually) to liquid water, and if you keep cooling it will eventually freeze into solid ice.  But it doesn’t always happen like that.  These feathers form when it’s so cold that water vapour in the air turns directly into solid ice.

Water ice is a crystal, so each added water molecule needs to find its place in a rigid regular structure.  If it doesn’t bump into the right sort of structure to fit into, it won’t freeze, even if the temperature is many degrees below “freezing point”.  So cold moist air is necessary for frost to form, but it’s not enough by itself.  The process of freezing needs a starting point, and on a car windscreen that’s often provided by a speck of dirt or a scratch.  That’s the start of each of these feathers.   Once ice growth has started, it provides the perfect foundation for further ice growth because the new ice surface has a nice regular structure that floating water molecules from the air can easily slot into.  But even then, they don’t slot into all parts of that foundation equally.  A lot depends on the temperature and the availability of water molecules in the surrounding air, so the crystals grow with flat facets and steps, and they grow faster in some directions that others.

The important point is that crystal growth directly from gaseous water into solid ice is a much slower process than liquid freezing into solid ice, and it allows for much more nuance in the growth process.  The feathers indicate that this delicate process was operating.  The “normal” frost in between might have come from water that condensed to form a liquid first (either in the air or on the window) and then froze, or it might reflect a change in the temperature or humidity of the air around the window which sped up the ice growth.  These are tiny changes, right down at the molecular level, and they’re about probabilities, not rigid rules.  But billions of atoms settling on a surface, sculpted by probabilities that themselves are sculpted by the physics of a water molecule, produce a beautiful feathery pattern that we can all appreciate without ever seeing an individual atom at work. 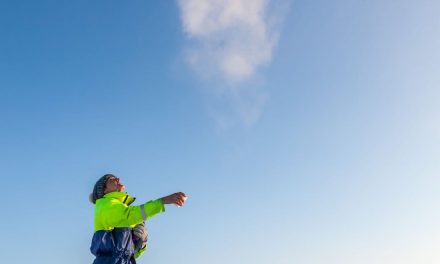 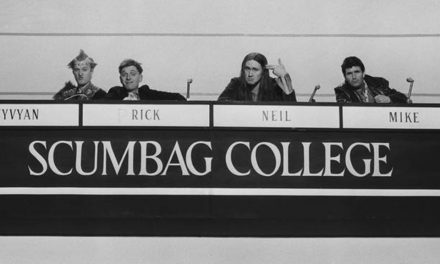