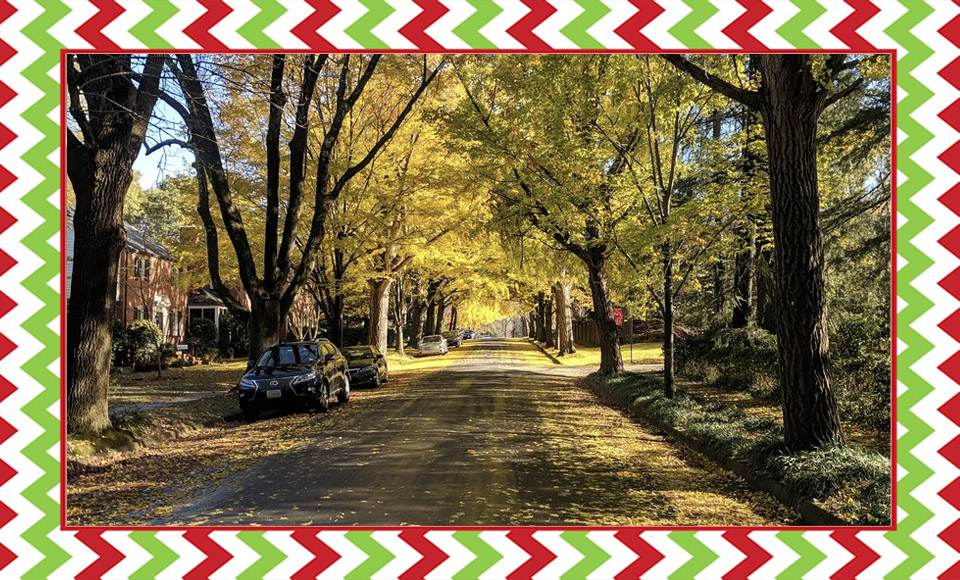 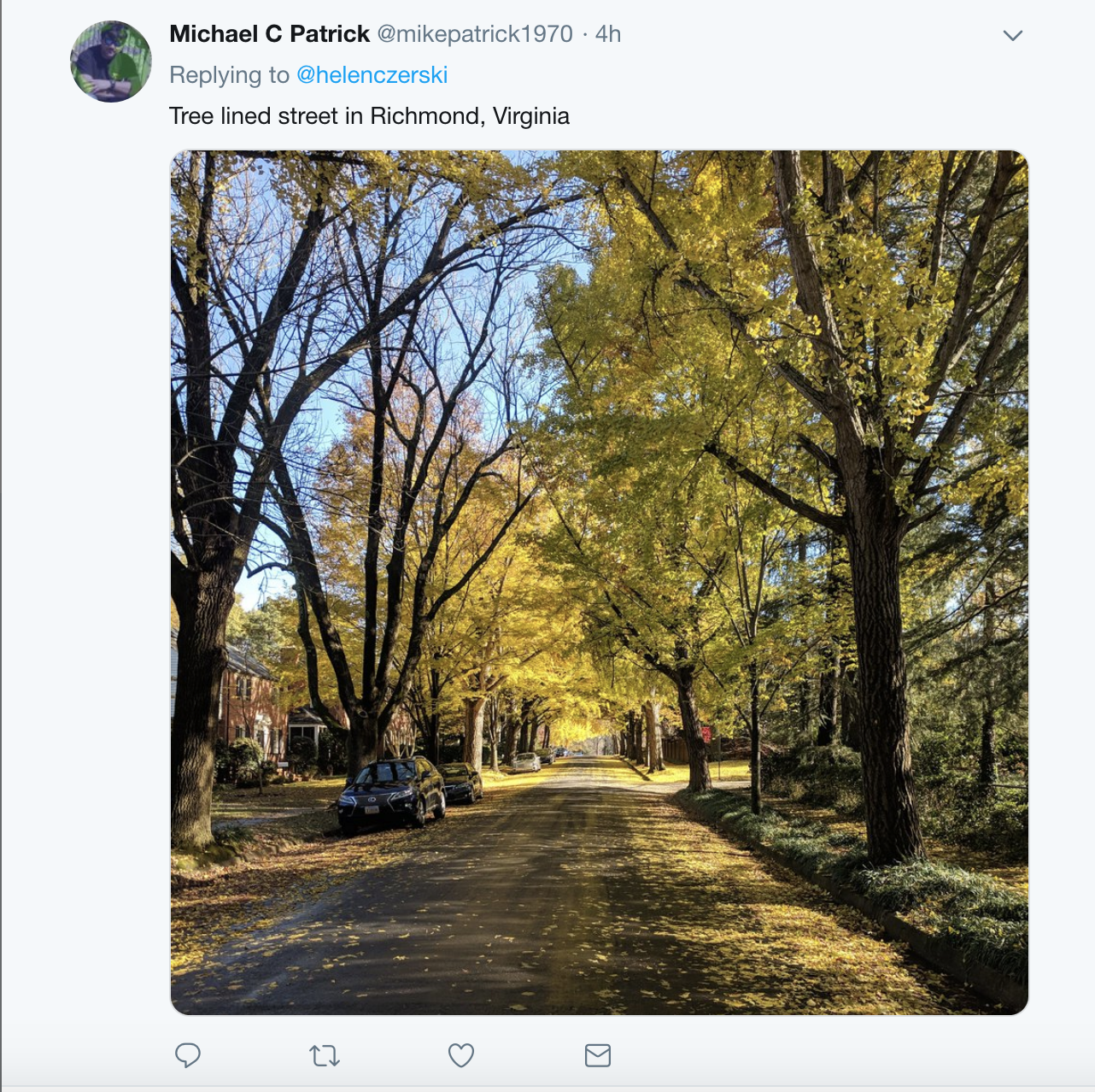 This is a photo from @mikepatrick1970 , showing a leafy avenue on the other side of the Atlantic.  It always seems a bit sad when trees start to lose their leaves in autumn, but the advantage is that once all that green stuff is out of the way, you can really see the tree underneath, as in this picture.   And they are awesome examples of natural engineering – strong enough to hold themselves up and resist the wind, while positioning the little engines in their sunlight processing factory (a.k.a. the leaves) as effectively as possible.  We recognise two basic tree shapes.  The first set are like the ones in this picture, and also oak, horse chestnut and beech – all the trees that are now losing their leaves.  A thick trunk splits into narrower branches, which branch again and again, getting gradually smaller with each split until it’s time for a leaf.   The second set are like the Christmas trees we’re seeing all around us now, where a single slightly conical trunk goes straight up and much thinner branches poke out around it.  Why are trees one or the other, with nothing in between?

It all comes down to the way they solve one problem: structural reinforcement.    The tree needs to add special wood, known as reaction wood, to help support the extra load as the branches grow.  This reinforcement is part of the new branch, just where it splits off, but it doesn’t run all the way around it.  The trees in this picture have their reaction wood on top of the new branch, so it’s acting like a guy rope, pulling the branch up slightly from above.  Your Christmas tree has its reaction wood beneath each branch, a solid support propping up the branch from below.   And here’s the thing – guy ropes are much more effective than props.  The branching trees can support much larger branches which project outwards much further.  In this picture, we’re looking at branches held up by invisible guy ropes, which is why they can reach out over the road.  Next time you see a tree, spare a thought for the structural engineering needed to hold it up!