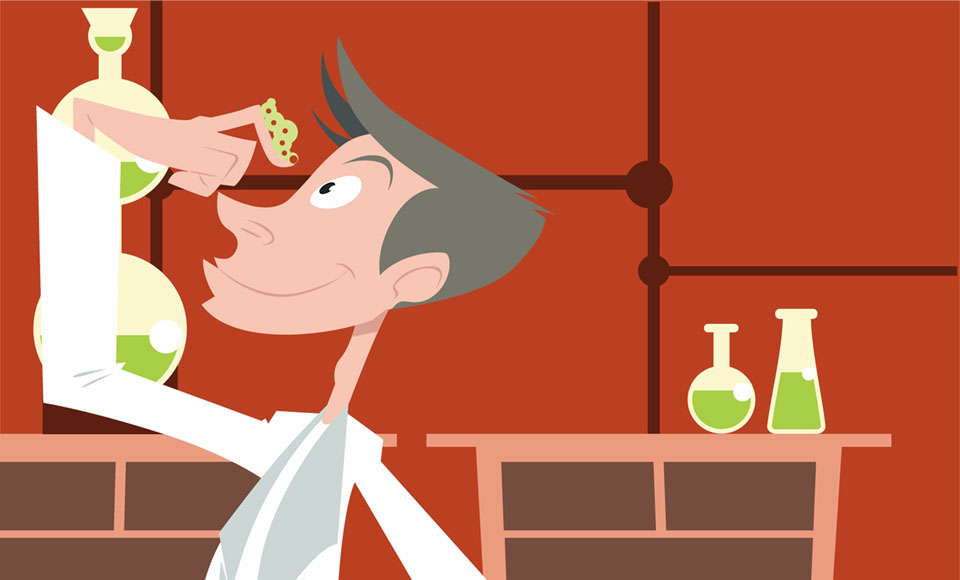 It’s the time of year when you need to watch out for those festive lab hijinks.

When they say “don’t try this at home,” I always think to myself, actually, it would probably be a lot safer there than in my lab, surrounded by deadly chemicals, flammables, explosives – and lots and lots of glassware. The chemists always brag that they have the deadliest labs, but despite presiding over a so-called “soft science”, we biologists do have some occupational hazards up our white sleeves.

Of course there are the various infectious agents – who wants to mess with a vial of weapons-grade Ebola? (Theoretically, mind: if Health and Safety are reading this right now, we don’t actually have any Ebola. At least not on our floor.) But there are also more modest and obscure everyday dangers. Take solid picric acid, for example, a moist yellow powder that turns violently explosive as it ages. Last week an email circular went around, advising everyone to take one last look in their cupboards because an inspection had unearthed a perilously large, forgotten quantity of “unknown age and provenance” that had to be removed by a specialist hazardous waste contractor. Or phalloidin, the compound we use to make our cells glow in pretty fluorescent colours. Derived from Amanita, the appropriately named ‘death cap mushroom’, it kills you by starvation, because your liver cells get nuked by its micro-paralytic effects. 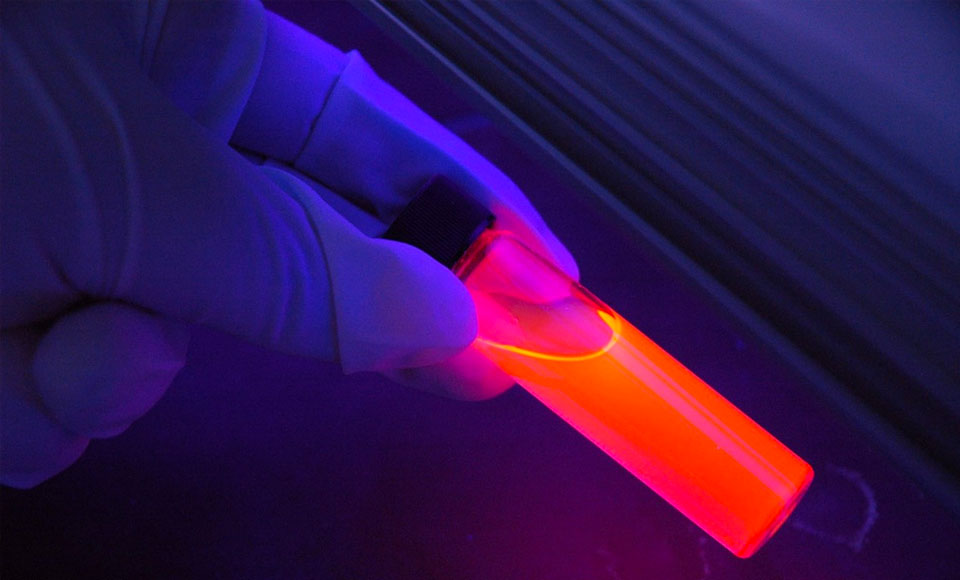 Basically, you wouldn’t exactly want to eat your lunch in my lab. (Don’t worry, H&S bods: we aren’t.)

In the past few decades, I’ve witnessed the gradual tightening of restrictions and regulations, the spooling out of increasingly long lengths of red bureaucratic tape, risk assessments going from one-liners to multiple pages of fine type with several sedimentary layers of approval needed on top. This is, of course, a Good Thing, given cavalier practices of the past, when explosions were almost de rigueur. But it sometimes borders on the ridiculous. In a previous lab, they tried and failed to enforce a 100% safety goggle rule. Even if you were just sitting on your lab stool labeling tubes with a Sharpie, which is what molecular biologists are doing 90% of the time. (The other 10% is typically spent pipetting tiny amount of clear, non-toxic liquid from one tube to another.)

But H&S considerations don’t always stop us scientists from enjoying ourselves at Christmas. I once worked down the corridor from a lab where the boss insisted on holding festive toasts of sparkling wine in lab beakers. This scared the hell out of me, because some of the solutions routinely prepared in those beakers contained sodium azide, an innocent-looking white powder used as a preservative. Just getting the tiniest amount of this on your skin is enough to kill you, although helpfully, a paper in the International Journal of Toxicology informs us that “most laboratory exposures or suicide attempts are by ingestion.” Because people in that department tended to be sloppy and re-use the little metal spatulas used for scooping powders out of containers, I always assumed that there were trace amounts of sodium azide in pretty much every other chemical container on the communal shelf, and treated them accordingly. But the champagne was imbibed cheerfully every year, because it’s considered uncool to be afraid of any of your experimental materials. There have been a number of lab deaths reported from azide, but so far none that I know of from that particular lab – yet.

Possibly equally problematic was a particular microbiology department which, back in the day, used to prepare a whopping great Christmas pudding in the autoclave. The autoclave’s capacity was about the same as an industrial-sized top-loading washing machine, so that’s a shedload of raw materials, and the aroma used to drift through the entire building and attract hungry graduate students from its remotest corners. The person responsible for this dubious extravaganza was a British expat lecturer who presumably got homesick once a year and needed to get it out of her system. You might think there was nothing unsafe at all about this preparation method; after all, an autoclave deploys pressurized saturated steam at around 120 degrees Celsius for almost half an hour, which is enough to kill everything – even the wide variety of horrific and smelly bugs that were sterilized in that very autoclave on a daily basis. 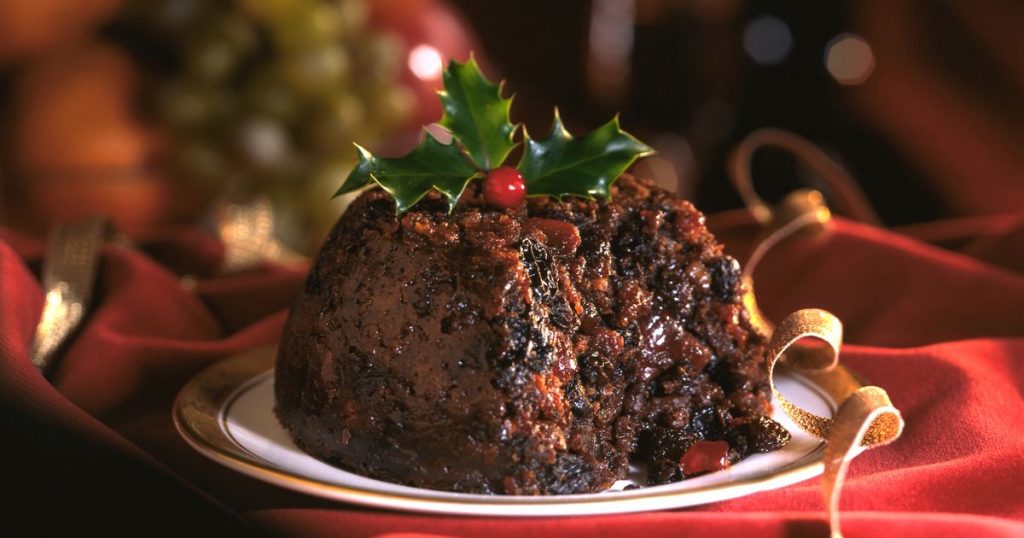 But I was always afraid to try. And it turns out not everything may be killed by a standard autoclave cycle, including the particles that cause Mad Cow disease. Mind you, when I was studying microbiology, I was spooked for years about a number of much less problematic things, such as sharing the same beer glass with a friend, or dipping a buttered knife back into the jam jar.

Of course there are other festive traditions outside the lab that might seem microbiologically dangerous. I know that the sugar concentration of mincemeat should be enough to stave off any nasties, but I still feel vaguely nervous when I enjoy homecooked mince pies from jars of filling stored for years at room temperature. I often wonder how close you can get to the rind of a nice Stilton without tempting fate. And I was recently horrified to discover that the most traditional recipe for eggnog involved “tempering” – in other words, leaving it to age for three weeks in the fridge. If you’ve ever had Salmonella-induced food poisoning, you’d have good reason to be concerned. Fortunately, Rockefeller microbiologists Vince Fischetti and Raymond Schuch ran a few tests on raw eggnog by spiking it with Salmonella prior to tempering. The result? During the course of the three-week period, the alcohol killed off all the bacteria. The rule of thumb, apparently, is to use about 45 ml of 80-proof liquor per egg, and to not add the milk and cream until just before serving, as that dilutes the magic killer ratio.

So as the Christmas season ramps up towards it peak this week, spare a thought for your friends, both in the lab and without, who might be risking their lives for a bit of good cheer. Before you know it, it’ll all be over and the only thing left to finish us off will be Dry January, an over-eager gym membership – and that leftover turkey and stuffing that’s been slowly going off in the Tupperware.