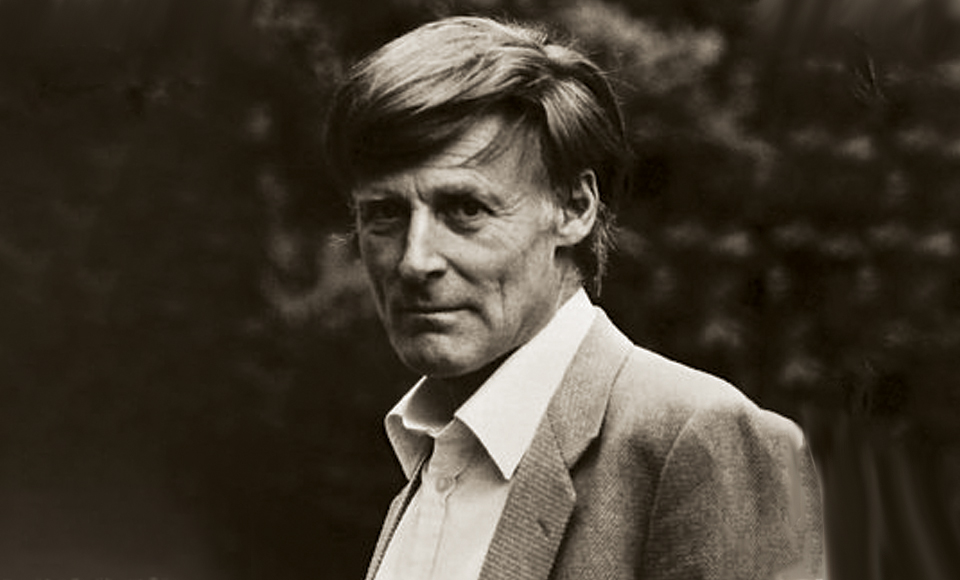 Sometimes it takes a death to reveal the invisible strands that connect us all.

When people think of scientists, they tend to conjure up sterile labs full of serious people in white coats, engaged in a lifelong vocation. Science may come across like a lover they’re entwined with, one-on-one, in an eternal search for the Truth – whatever that is. The overwhelming sense is the solitary nature of the quest.

There are some elements of reality in this view; scientists can indeed be single-minded and not a few are obsessed and work long hours. But after years of swapping stories with people in other professions, the key element that stands out for me about science is the notion of family.

The base unit of the scientific family is your immediate lab group. The lab head is like your mother or father, and they can come in many forms: benevolent patriarch; tiger mom; absentee high-flyer; pals-y best friend; abusive tyrant. The other team members are like siblings, jostling for attention and resources, personalities clashing, or bonding together in the face of adversity, or both simultaneously (because science is always adverse – or perverse: experiments not working, hypotheses unproved, the risk of crashing out always hanging over your head). Although negative situations are not uncommon, the best labs are like family in which, all quarrels aside, someone has your back, no matter what. The lab is a place where you feel safe, where you can find company even late at night or on the weekends, where you can have a laugh, where everyone will understand exactly how you feel when that experiment doesn’t work – for the fifth time running.

But the scientific family extends far beyond this base unit, a vast tree stretching back into the past (and looking forward to the future). It’s something you don’t appreciate until you’re imbedded firmly within it. Your lab head was a newbie once, and he or she was part of a lab under someone else: your scientific grandfather or grandmother. And this grandparent started off in the group of your scientific great-grandparent – and so on. Unlike in blood families, all of these lab heads are likely to be famous, because in the cutthroat world of academic science, you don’t get to spawn that many future generations unless you’re successful. When your average Brit traces her place in a pedigree, she’ll inevitably find she’s related to a long-dead monarch; most researchers end up being “related” to a Nobel laureate.

About fifteen years ago, my former PhD supervisor and scientific “mother”, Julie Overbaugh, a virologist in Seattle, was coming over to England and asked if I’d like to meet her former post-doctoral supervisor and mentor, John Cairns. I jumped at the chance – he was one of those names in the textbooks I’d slaved over for so many years.

Probably John’s biggest discovery was finding out that DNA is replicated from a particular type of origin known as a  “fork”. This insight paved the way for him to ultimately show that human DNA is copied from many different origins at once, thereby solving the long-standing mystery of how such a long molecule could replicate so quickly. 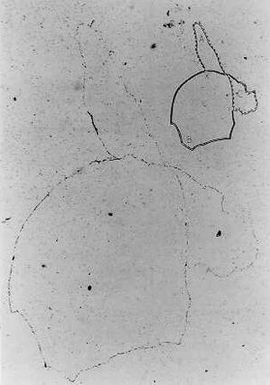 But he was also widely known in later years for his theories about cancer. In 1975 he published the so-called “Immortal Strand” hypothesis, in which he postulated that stem cells divide asymmetrically so that one daughter cell always has the old, clean copy of DNA whereas the other daughter goes forth with any mutations that might have accrued during the copying process. This, he reasoned, would provide a defense against cancer, if the tissue could always reboot from the clean template. The work was hugely controversial and, although this mechanism seems to happen in some tissues, the current consensus is that it’s not a universal process.

This wasn’t the only controversial work John had produced over his long career. The Nature paper that Julie had coauthored with John and the cancer biologist Stephan Miller, entitled The origin of mutants, was a bombshell. In a series of elegant experiments, the paper appeared to ascribe “Lamarckian” tendencies in the evolution of bacterial antibiotic resistance – in other words, antibiotics could actually spawn mutations in future generations, much as Lamarck postulated his idea – now routinely ridiculed in every biology classroom – that giraffes evolved long necks by generational accumulation of stretching to reach leaves high up on trees. Unlike the Immortal Strand hypothesis, however, the “directed mutation” theory was ultimately vindicated (and found to conform to Darwinian evolution after all).

So on that summer day about fifteen years ago, Julie and I travelled to Wilcote, about ten kilometers northwest of Oxford, where John was retired in a charming house in the countryside and living with his wife Elfie. “You’re my scientific granddaughter,” he informed me in the sunny rail station car park – the first time I had ever heard the term. He noted that Julie had been in his last research team, and I had been part of her first; it was a like a circle closing, clicking back into place.

This was the start of a wonderful friendship. I would visit the couple in Wilcote periodically, and then in West Dulwich when they moved to London. The usual activity was storytelling, as John would spin out the tales of our extended family with whom he’d worked with and played, casually dropping names from all the textbooks and making them real: Meselson and Stahl, Hershey and Chase, Watson and Crick and many more – Nobel Prize winners aplenty. In winters we’d sit in the cozy living room with its deep rugs and grand piano; in the summers Elfie would prepare amazing meals that we’d eat out in the breezy garden.

My most vivid memory is being caught in a cloudburst in the fields behind the house in Wilcote, standing in borrowed Wellies, John holding a large umbrella over the both of us. Behind us was a wood drowning in a sea of bluebells; ahead of us, fields green with new grain. After a moment of long peaceful silence, John suddenly asked me, out of nowhere, why the hedgehog crossed the road (“to visit his flat mate”). The last time I saw him, I was mounting my bicycle at their West Dulwich home for the long trip back to Rotherhithe; he wrapped his knuckles fondly on my helmet, so loud that it make my ears ring.

Then his Oxford alumni email stopped working, and my letters to Dulwich went unanswered. I feared the worst. Unbeknownst to me, he and Elfie had moved to a retirement community in Oxford, and last November Julie contacted me to let me know he was gone.

This is not an obituary, not like the lovely one recently penned by one of his many scientific “daughters”, Prof Leona Sampson of MIT. This is instead my attempt to make sense of a vast swathe of history and how one person can somehow be a crucial link – between generations, between disciplines, between the numerous labs and continents on which he plied his trade. As perhaps case in point, when I contacted Leona to thank her for her homage, one thing led to another and then John’s son Will was inviting me to the memorial service in Oxford.

So about a week ago, I took the train west and assembled with more than a hundred other friends, family and scientific colleagues to remember John. At the drinks before lunch, I met a number of fellow “grandchildren”, each with their own stories, their own strands, and noted how many names I knew, either personally or from the famous pedigree. I spoke with blood children and grandchildren too (all of whom seem to have followed John’s footsteps into the sciences). And presiding over all of us was John’s face with that cautious smile, projected onto the screens. At one point I had to go to the ladies’ room and weep. 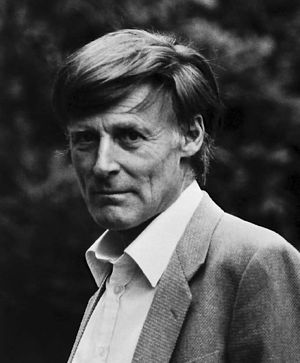 During the speeches, I learned that John’s adoption of me was quite typical; he would latch onto young scientists and seek out their company preferentially over colleagues, and had little patience for “pontificating Bigwigs”. John, one speaker said, liked to challenge the Establishment – and once in a while, “give it a poke in the eye”. The only thing that mattered to him was the beauty of the science, another said.

But that didn’t mean that the people he interacted with along the way weren’t the life and soul of that science, to be equally cherished. And now that he is gone, the hole he left in the family tree will be quietly repaired, and the strand will go on forever: immortal, but never quite the same.