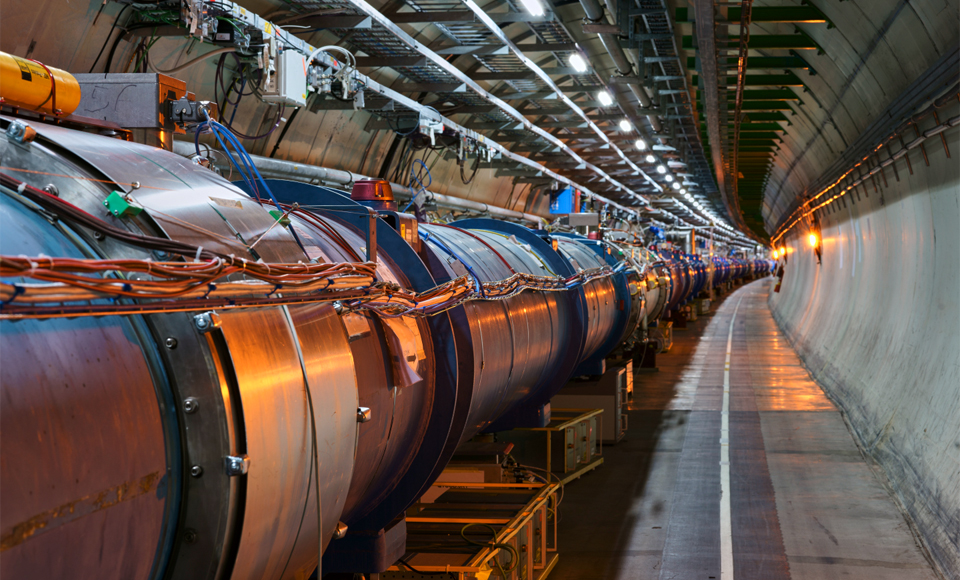 The LHCb experiment at the CERN Large Hadron Collider (LHC) today released an update of a measurement that many of us physicists have been keeping a close eye on for quite some time.

Konstantinos Petridis from the University of Bristol gave a presentation at CERN, more-or-less in parallel with a presentation at the Moriond meeting (which is sadly online-only this year, absent the usual ski-breaks) by Razvan-Daniel Moise of Imperial College London. There is also a preprint available on arXiv https://arxiv.org/abs/2103.11769.

The reason for “keeping an eye” is that the result could be the first sign of a new fundamental force, or particle. Something beyond our “Standard Model” of particle physics.

The experiment measures the decays of B-hadrons, particles containing bottom quarks. Quarks make up the protons and neutrons inside every atomic nucleus, but those are “up” and “down” quarks. The bottom quark is one of their cousins, and is much heavier.

This means B-hadrons need something like the collisions at the LHC to produce them (that’s the “b” in LHCb). It also means they are unstable, because the b-quark inside them will decay to less massive particles.

Of course, the devil is in the uncertainties.

This discrepancy first appeared a few years ago, and LHCb have been taking and analysing more data since. With the latest tranche of data, the central value – the 85% – hardly moved, but the uncertainty shrank a bit, pushing the “significance” above the arbitrary-but-well-established “3 sigma” level at which we traditionally declare “evidence” for something funny going on. They have 3.1 sigma, in fact, which means that if the Standard Model is correct, you would expect an anomaly like this to happen about twice in 1000 experiments. 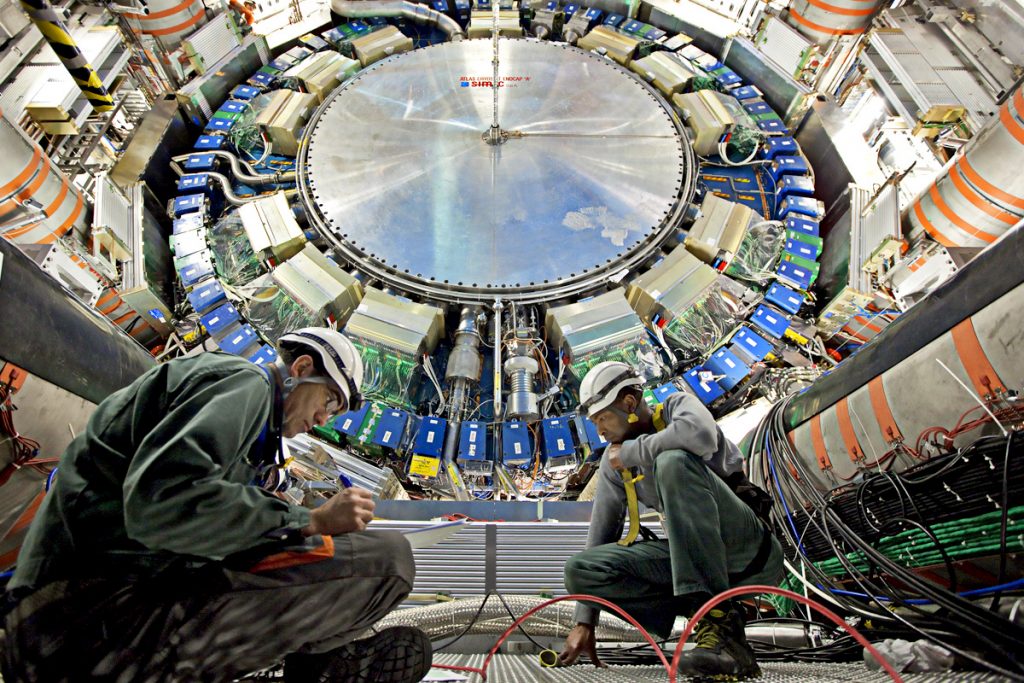 Seems unlikely, but we do a lot of experiments.

If this isn’t an unlucky fluke, however, the only way to explain it is to invoke a new fundamental particle mediating the decay, possibly a new force-carrier. This would be very exciting, since no such particle exists in the Standard Model, and there are a number of questions in physics which the Standard Model leaves unanswered. We would hope this is a big clue to some of those answers, and to a bigger and better theory.

The LHC restarts next year, so we can expect still more precise measurements from LHCb. Meanwhile other experiments will be doing the best they can to contribute, including measuring the decays to the third type of lepton, the tau – something LHCb can also do – and also seeing if we can seen any sign of likely new particles being produced directly, at high energies.

While we are on anomalies, there is also a new measurement expected in the next few weeks of the magnetic moment of the muon, a quantity that has been more than 3 sigma away from the Standard Model for years. Watch this space…