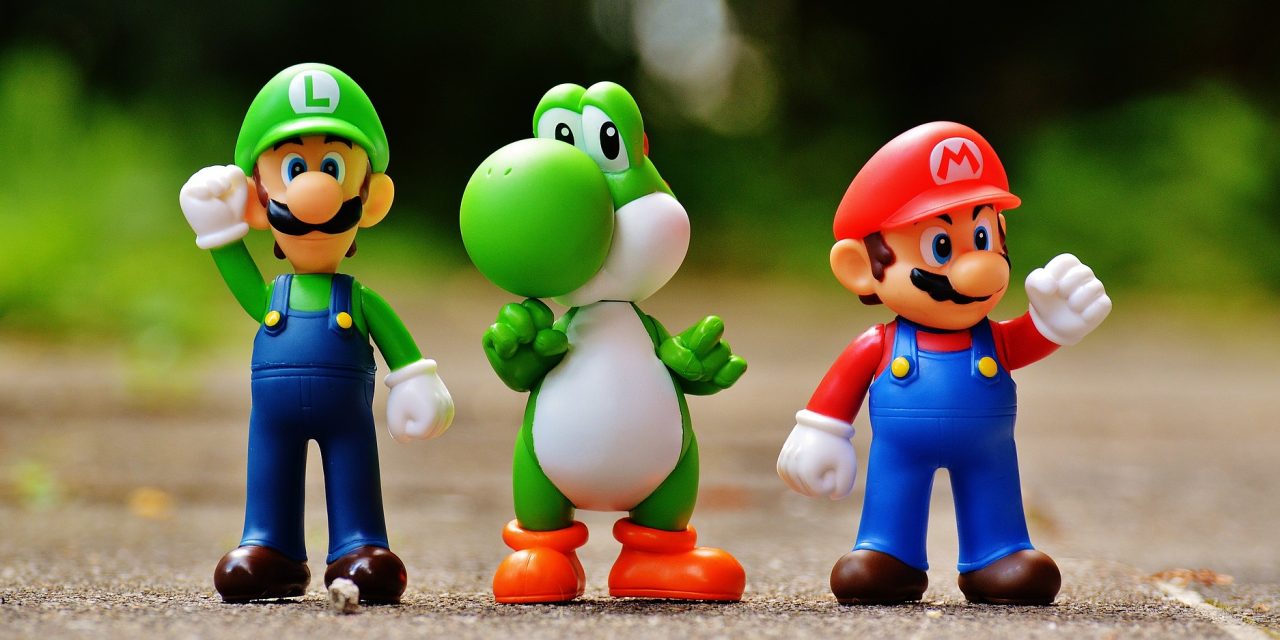 I’ve been thinking a lot about the end of things recently. Last week, the Guardian closed down the science blogs network, which had been a huge part of my life for the past five years. At the same time, I was in the closing stages of finishing the final chapter of my first book, Lost in a Good Game, which is the inspiration for my new blog here at The Cosmic Shambles Network. The last chapter focuses, not coincidentally, on loss and finality. It’s about remembering people that were important in my life, and it’s about how video games can so often allow us to reflect on those people and what they meant to us. It’s also about the fleeting nature of video games, and how we can best preserve them for future generations. Because in many ways, video games are dying.

During the course of my travels while researching the book, I had the very good fortune to take a look at the Science Museum’s collection of Nintendo memorabilia. You might think that for such a revered institution, their video games catalogue would be vast, but museum collections can often be reliant more on serendipity than anything else, beholden to the random donations of generous yet unknown benefactors. So it appears with their Nintendo collection – a catalogue which mostly consists of Game Boy games and other random peripherals. Multiple copies of Galaxian sit amidst a haphazard smattering of cartridges like Dr Mario, Snoopy’s Magic Show, Metroid 2, Killer Instinct and Tetris. The collection also includes a Game Boy printer (remember those?), a Game Cube, multiple Wii controllers, and a number of NES consoles in various states of decay. It also includes a fair few examples of toys from Nintendo’s earlier days as a toy and games manufacturer – despite its current day incarnation as a video games juggernaut, the company started life as a mass producer of playing cards in 1889. When I got a chance to see some of the collection at Blythe House, an iconic building in the heart of West Kensington in London, I also got the opportunity to play around with some of those artefacts from the games developer’s history.

Deep in the bowels of a building that could just as easily masquerade as the secret lair of a 1950s espionage agency as it could a museum holding store, I am greeted with a trolley containing a selection of games from Nintendo’s past. The board games from the 1960s show signs of a life well played, and are desperately delicate to the touch. One game – Destiny – looks like an ultra-complex version of the Game of Life, but I can’t quite figure it out because all of the instructions are in Japanese. Also on show are three or four examples of the company’s first foray into video games consoles – the Colour TV-Game 6, first launched in 1977. These are not collector’s items, consigned to pristine but unfulfilled life just out of reach behind a glass window. These are things that have been played with, things that have been enjoyed. They are the perfect embodiment of the problem with video games preservation.

Think back to that console that you had when you were child – a Nintendo 64, a Sega Mega Drive, Atari Jaguar, whatever it was. Where is it now? If you still have it, chances are it’s unplayable – if nothing else, because we no longer have the televisions that can support them. Cables become frayed, controllers get broken, bits get lost. In many ways, this is a natural part of their life cycle – outward signs that they have been played with, as they were intended to be. As I come to realise, inspecting the Science Museum’s disparate collection, such institutions face a quandary. On the one hand, it seems entirely contrary to their raison d’être to lock video games up and away, as things merely to be stared at in quiet curiosity. On the other hand, they are a finite resource – only so many Mega Drives exist in the world, for example, and as the years go by, it will become harder and harder to both source them for exhibition purposes, and to maintain them so that they actually work indefinitely. 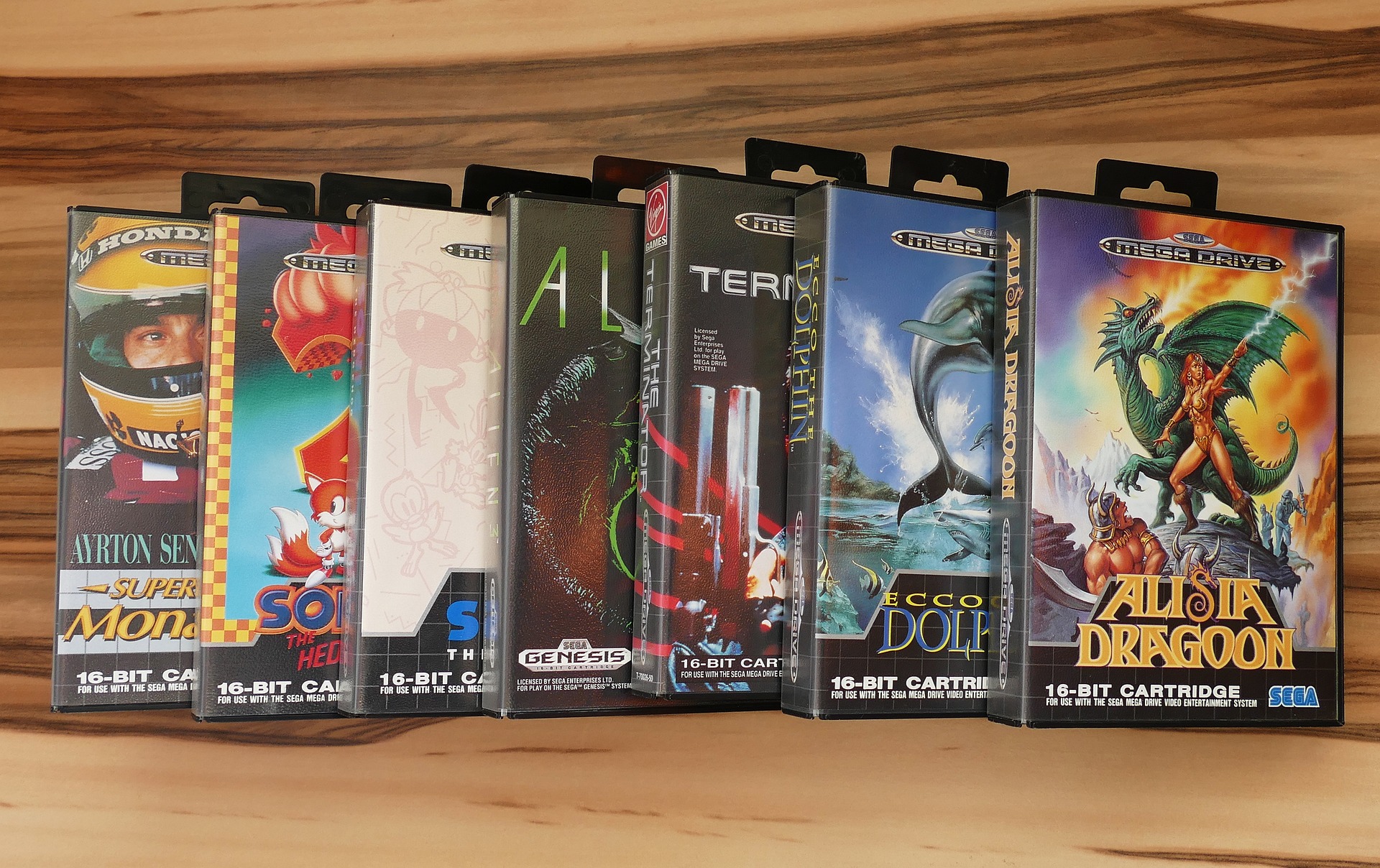 A collection of Sega Mega Drive games. We may never again get to swim through caves with Ecco the Dolphin.

There are solutions, but you’ll have to wait for the book proper before we do a deeper dive into what they are. Suffice to say though, there is a strong line of reasoning in games preservation that if video games are dying, perhaps we should just let them die, and instead document as much as we can about them in the here and now – remember them, for what they were, and what they meant to us. I’m thinking lots about this notion at the moment, as I grapple with the idea of losing one blog network and starting another anew. I cut my teeth at the Guardian, and I was terribly sorry to see the science blog network there go; it was my writing home for the past five years. But, as with so many things in life, nothing lasts forever, and sometimes it’s better to let the things that mean something to us die, and instead hold onto, and learn from, the memories that they leave behind. Because if nothing ever dies, there’s never any space for anything new, anything better.

So, here’s to remembering the good things in life. And here’s to new beginnings.