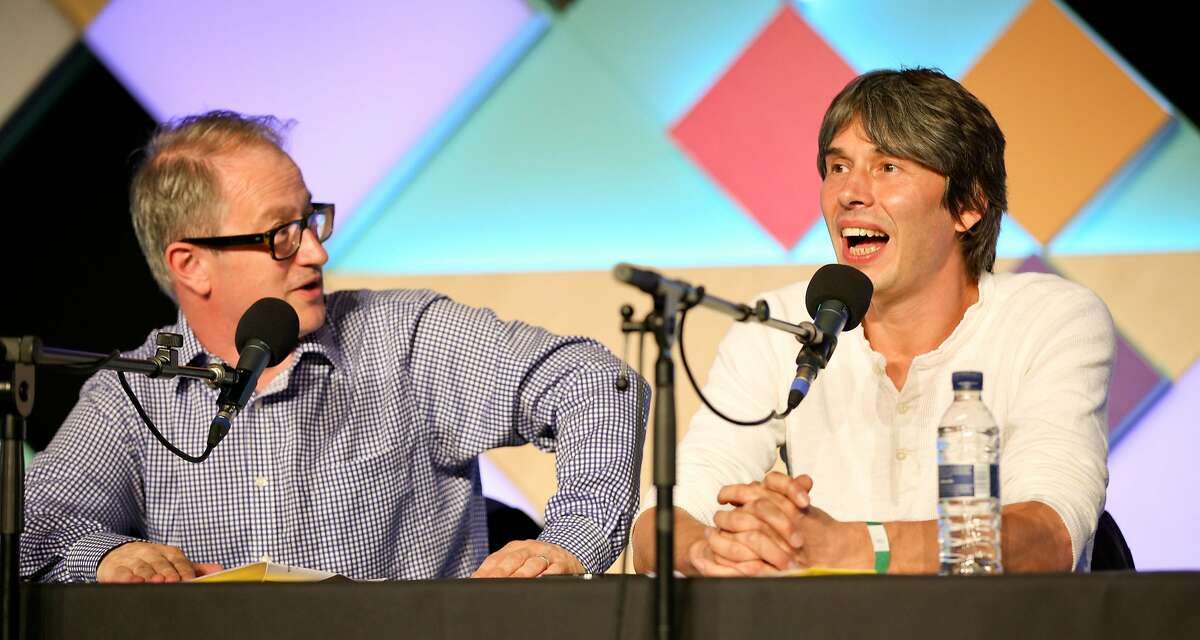 We are habitually deceitful when it comes to the contents and activity of our mind. 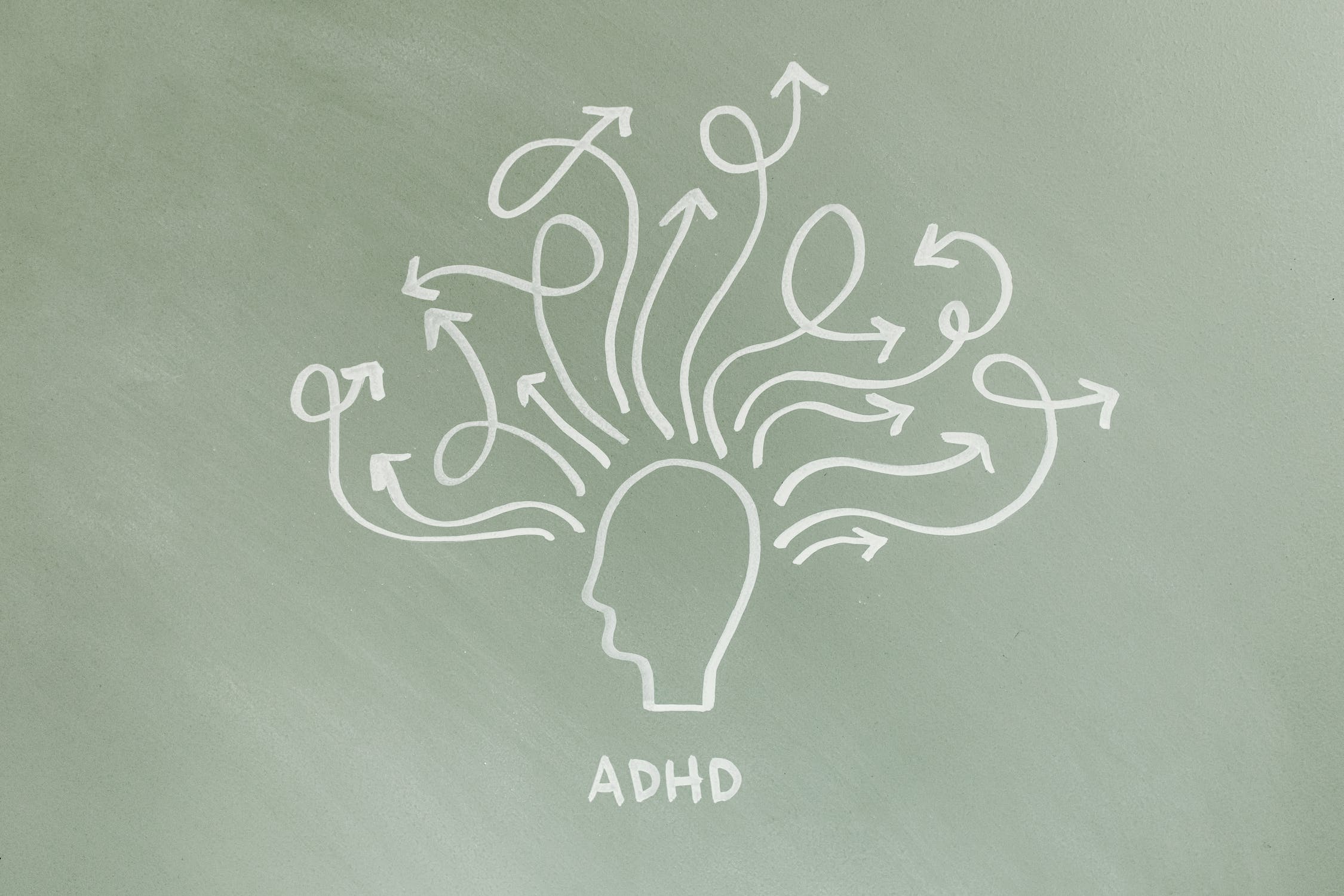 We do it for self preservation, but I think much of it may well be far more damaging than preserving. I think the greater the disparity between how you project yourself out into the world and who you feel you are on the inside of your skull, the increased likelihood of unhappiness for you and, very possibly, those you are closest to.

I am currently experiencing a lengthy sense of relief while also feeling like an impostor.

There are stories of ADHD everywhere. One of the stand outs of Edinburgh Fringe in 2022 was how many comedians talked of their ADHD diagnosis.

I have never had an official diagnosis.

I was contacted by Jamie Knight, co-host of the podcast 1800 Seconds of Autism , in Summer 2021. We had never met before and he DMed me on Twitter. He asked if he could just blurt things out and, as a blurter myself, that was fine by me.

“I think it might be worth exploring the neurodivergent model a bit. The more I hear you talk, see your tweets and hear you perspective the more familiar it gets.

It’s something I encounter often in my work. A lot of folks who are coming across ADHD / autie stuff later in life have similar experiences.”

Listen to 1800 Seconds of Autism on BBC Sounds

This led to a lengthy Zoom conversation which, as I have written before, was positively life changing. Annoyingly, words don’t work on trying to explain the sensation of so many parts of my mental life and behaviour making sense and a realisation that many of the things that I thought of as my negatives actually sprung from something that could also be very positive.

Fortunately, due to the nature of my work, I was able to talk to further experts and grasp a little more.

I fear that with so much about ADHD springing up at the moment, the sneering news panel populists will become very dismissive. Perhaps ADHD is very very common, but if it is, that also means that it is very very common for people to be moving thorough the world pretending to keep calm but, nevertheless, carrying on.

I see my camaraderie with Josie Long, now nearly twenty years and counting, as being rooted in something we did not know about ourselves or each other for most of our friendship. We both had ADHD minds, but I fought against mine even more and, I think, put on more of a mask.

I will throw out a few incidents that, I think, give some idea of what may be my ADHD mindset.

The first is the intensity of an emotional reaction, especially when you think you have done something wrong.

For instance, when I returned home from putting on a 25 hour online live shows contacting seven continents (with my pals Trent, Melinda and Jo). I got home the next day and my family cheered, but five minutes later I was scolded for putting something where it should not be. That was it. I shut down. I sought isolation. I set my alarm for 5am so I wouldn’t have to see my wife next day and walked by the side of a frozen canal and then sat in my unheated shared office space watching my breath.  I kept this up. Got on with my chores silently and spent my spare moments on suicide ideation (the contemplation of suicide and thoughts of how you might commit it, but a habit you might have throughout your life without ever going any further).

Robin with Helen Czerski as part of the mad 24 hour show. You can watch the whole thing on our YouTube channel.

Occasionally, I would be asked “what are you thinking about?” And the noose under the bridge though was changed to something even more banal about a novel or a movie. After a couple of months, these thoughts became less frequent.

The first draft of my book I’m a Joke and So Are You was a disaster – a mess of multiple thoughts (when writing, I have to remind myself that there are only so many connections I can make before the reader will be befuddled). When I realised how awful it was, I immediately rang up and said that the whole thing must be cancelled and I would return my advance at once and we would never talk of it again. The feeling of intense personal failure was nauseating.

When reading, I will have to read the same page 5, 10, 20 times because I finish the page and realise that though my brain may have been seeing the words, my mind kept going off somewhere else.

Brian Cox sometimes mocks me for asking lengthy and impenetrable questions – I believe I now know why. I start asking one question, but a word rapidly makes an association with another idea so it becomes that question and then before that is finished another connection occurs leading to three bits of questions wrapped up as one. 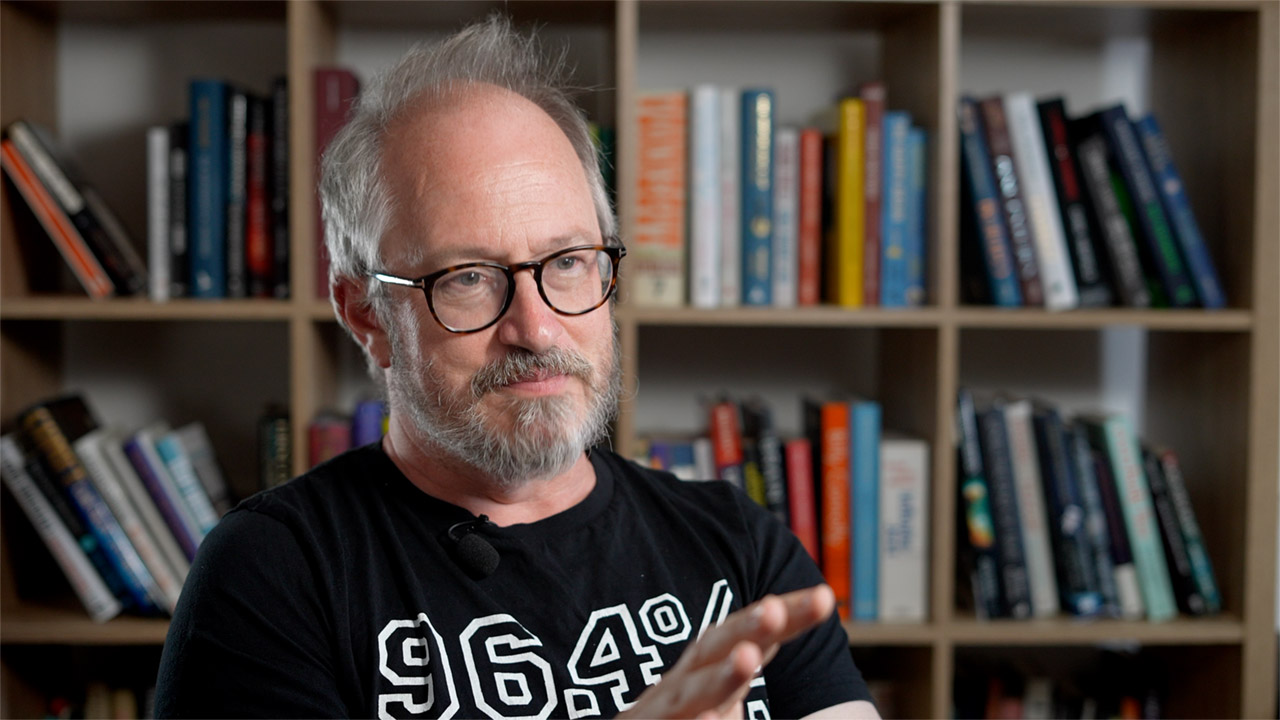 Robin talks more about this in our upcoming documentary, Rapid Motion Through Space

When are socialising while touring, he will often say, “no one understands what you are talking about?” He is probably correct, but with many of my friends, Carl, Trent, Josie, they would understand where I was coming from. I think the impatient number of thoughts in social situations means that you skip straight by the social niceties which make up the etiquette of discourse and go straight for something which fascinates you but which others in “polite sherry mode” might consider to be impenetrably arcane.

The desire to make people happy is high up there too. An annoyingly overly sensitive emotional radar can pick up negativity frequently when there is none there. A dull example would be when I was going to a bookshop in Hull. I had thought I would be there by 6, but actually I was delayed and texted it might not be until 6.30. This was no issue as the talk was not until 730, but when I received the reply “OK”, I didn’t read it as just a confirmation from the bookseller, but I heard okay delivered with a vast, disappointed sigh.

Sometimes, when I fail to do things or let people down, it is not because I am thoughtless, quite the opposite, I have had too many damn thoughts. It is very rarer for me to open my email and do the job that was in my head when I pressed return, because I immediately see something else and all notions of my original intentions are now wiped.

Recently, I saw a well-known celebrity state that honesty about the life of your mind, your mental health, would damage your career.

Fortunately, I have only a small amount of career to damage. I have no television career, hopefully the success of The Infinite Monkey Cage means that I won’t be chucked off Radio 4 just yet, and almost everything else is self-propelled. 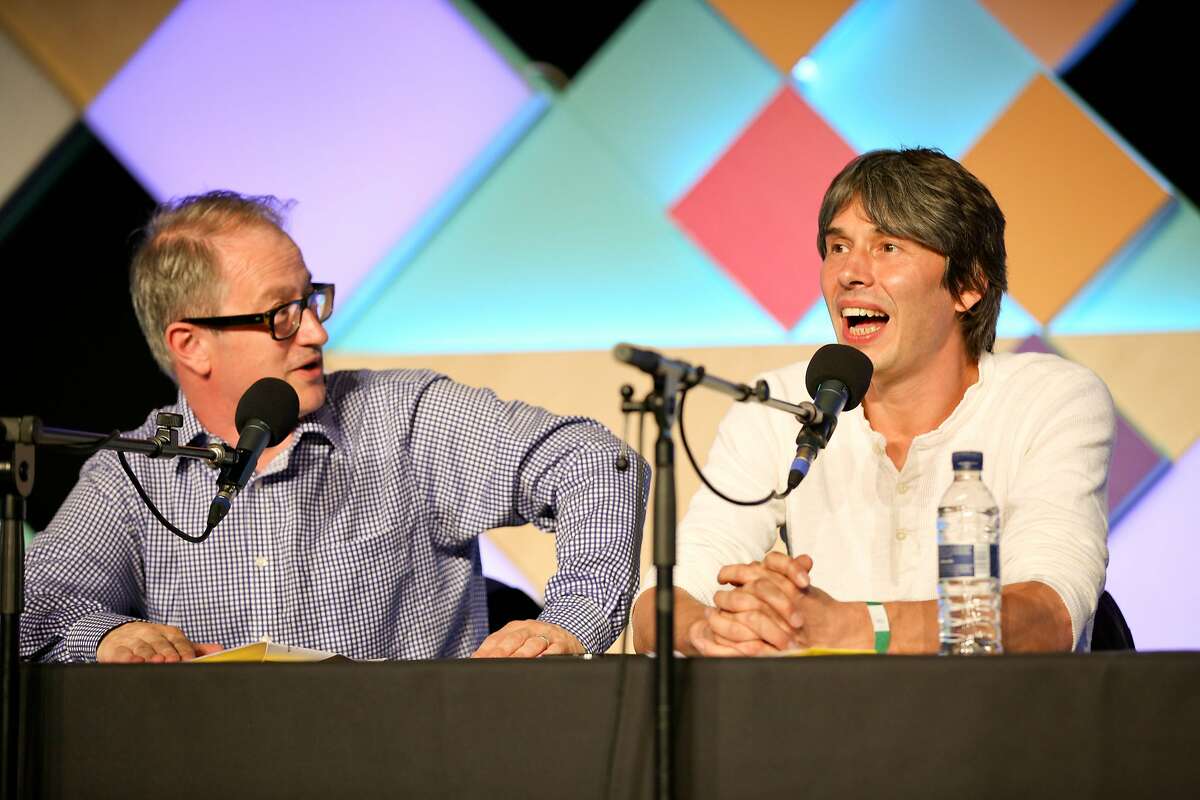 The Infinite Monkey Cage on BBC Radio 4. Pic by BBC.

With luck there might still be a publisher that would like to publish a few more of the books that currently live in my head, if not, I will do it myself.

I do think not understanding my mind and just “getting on with it” damaged my career possibilities. In early days, when I played a comedy club, if the promoter said they wanted me back and to call them on Monday, it would often take me months to make that call, a low ebbing anxiety would make the simplicity of a phone call very hard indeed.

I think one of the reasons I failed on shows like Mock the Week was that my mind, usually so full, would slam shut at the slightest detection of failing in front of an audience – where thoughts of tangents and punchlines should be just became a swamp filled with “you are the worst comedian in the world and now everyone will know”.

Even after over one hundred episodes of The Infinite Monkey Cage I would often be sitting next to Brian Cox anxiously, should any improvisation fall on fallow ground, however many had been hits, I could feel an extra battle against the thoughts that said “they only come here to hear the nice physicist, stop ruining it”.

This has changed, but only now that I am in my fifties.

I waited so long.

Firstly, it changed the moment that Jamie took me threw a model of a mind that seemed to make sense to me.  Secondly, a small daily intake of anti-anxiety drugs has helped greatly too. 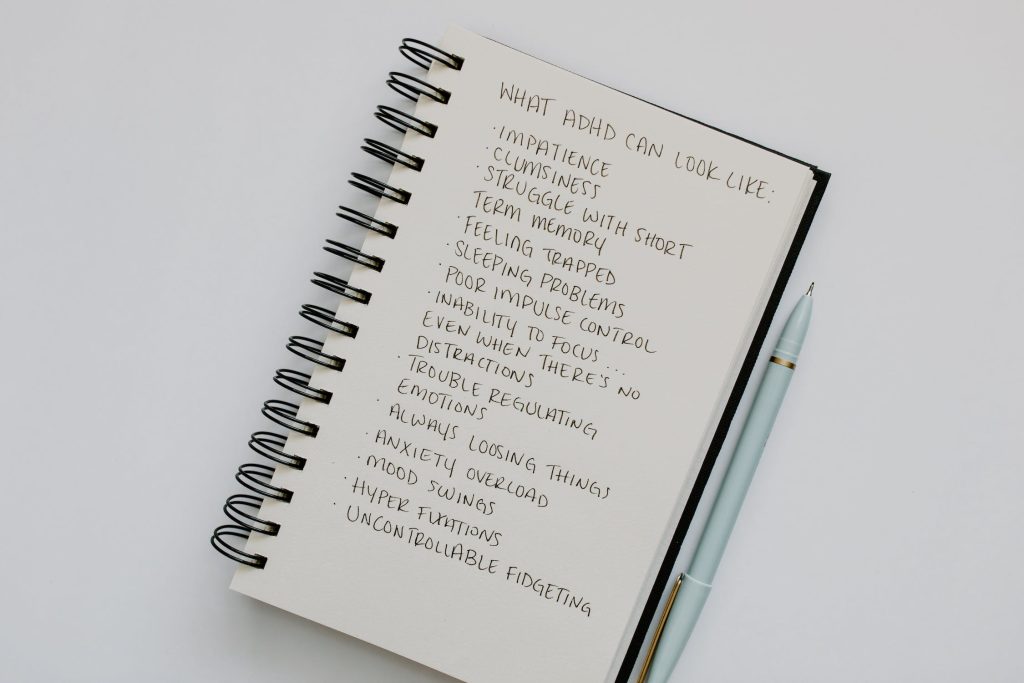 I write this because I think so many of us think “I am surviving, it’s okay. Don’t make a fuss”. But that really isn’t good enough. We have one life, and if you can be happier that will be good for you and good for those you are close to. Walking through London with my family on Saturday, I thought of how my mind did not seem to be as it was. I wondered what life would have been like if I had found out what was going on when I was 20 or 30 or 40. I briefly felt sad at all that wasted time, but happy that there was far less wasted time ahead of me.

For years, I felt guilty when my shows went off on so many tangents and failed to be the clever thing in my head on the train to the theatre. Now I realise no one was coming with the hope of FINALLY seeing a linear narrative, it was the chaos they wanted.

In Sheffield last week, a show regular came up to me and said, “You know we all knew you had ADHD the first time we ever saw you”.

What was I avoiding?

Robin Ince is a multi-award winning comedian, writer and broadcaster.  As well as spending decades as one the UK’s most respected stand-ups, Robin is perhaps best known for co-hosting The Infinite Monkey Cage radio show with Prof Brian Cox.  For his work on projects like Cosmic Shambles he was made an Honorary Doctor of Science by Royal Holloway, University of London. His latest books are The Importance of Being Interested and Bibliomaniac.