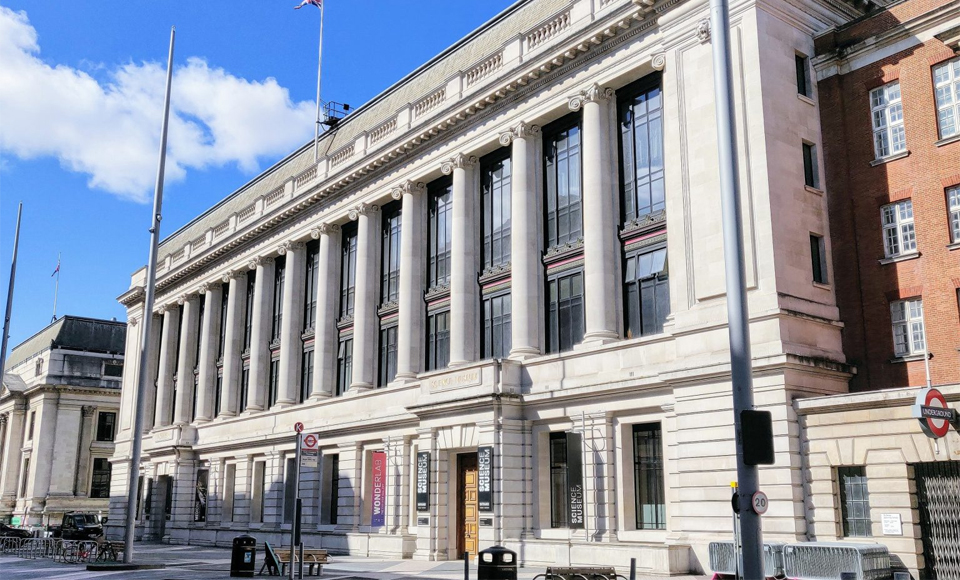 I am not much of an activist. I am a bit of a milksop and I am a worrier.

The Science Museum in London. Photo CC by Shadowssettle

I am hypervigilant when it comes to criticism.

1000 people may offer support and encouragement, but when when one person questions what I have done, the self questioning and doubts blare out in my head and I am back to square one

This anxiety leads to extended bouts of scepticism. I try to take in all the facts and then find myself in a confused spin cycle that paralyses decision making.

Most of the times I have tried to do something, I have burnt another bridge (mentioning on stage that I was uncomfortable with an event being sponsored by a weapons manufacturer and saying I wouldn’t cross a picket line turn out not to be employment enhancing – showbiz might not be quite as left wing as we are told).

Another problem is the fear of hypocrisy. Hypocrisy fear has been weaponised by the right and is annoyingly popular on the left, too. The moment you commit to an action, people will search for your contradiction – “it is all very well you saving that Barn Owl, but what about this picture from 2017 of you eating chicken from a bucket.”

The shameless don’t scrutinise or care about their hypocrisy, so it is very useful for them.

A lot of my inaction is due to thoughtlessness. I don’t interrogate all my actions, though when it comes to work (remember that?), I try to make sure that I don’t say yes to things that would be too much in conflict with what I think I believe.

All of this came into play when I decided to pull out of an event at the Science Museum due to their continuing sponsorship from oil companies.

This issue first worried me with the Equinor sponsorship of Wonderlab, the children’s gallery where the young can really exercise their curiosity and adults can envy their giddy joy. 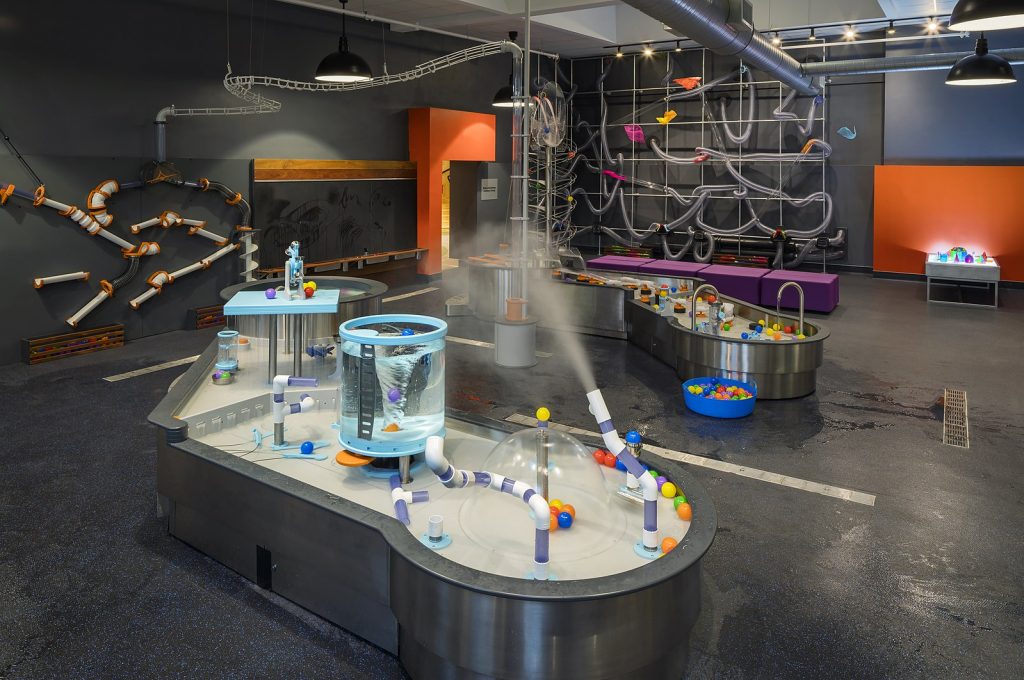 The Wonderlab. Photo CC by CMCleveland

Let’s start with my conflicting gut reactions (and as has been pointed out by cleverer people than me, we should be aware of gut reactions, as we all know what eventually comes out of guts) .

My first reaction is that the work of scientists has built an overwhelming amount of knowledge that makes the dangerous acceleration in climate change due to human action impossible to deny. Despite this, for many years, the mass media public debate has created platforms that would suggest to viewers and listeners that the science is very uncertain and it would be silly to rush headlong into action when we just can’t be sure. Many of our newspapers have also given columnists plenty of space to cast aspersions on the science or suggest the scientists involved in research are duplicitous.

This has not just been “concerned individuals” talking, there has been finance from the fossil fuels industry to cast just enough doubt to confuse people to the point of inaction and uncertainty.

(I would recommend reading Merchants of Doubt which draws comparisons to the techniques used for this and for throwing doubt on the connection between cigarette smoking and cancer). 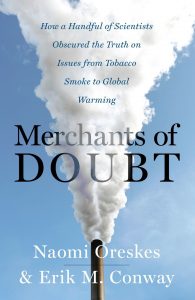 The climate change sceptics, a misnomer as their doubt is aimed in a particular direction and discredits or underplays information that does not lead to their desired outcome, have generally stopped saying that anthropogenic climate change is a fiction and instead say, “it’s not really as bad as all that and anyway, science will get us out of it so let’s not rush into anything here” or “we’ll just have to learn to live with it.”

It is conversations with scientists that led to my decision to pull out of the Science Museum event.

Firstly, even after rebranding themselves as energy companies rather than oil companies, the percentage of research and development money that companies are putting into renewables research looks to be way short of what it should be if the problem of climate change is really being taken seriously.

In 2018, Big Oil as a whole only spent 1% of its combined budget on green energy schemes.

Bernard Looney, CEO of BP, has stressed his commitment to research in renewables and BP have been more vocal than many on the need to change, but this is still not moving fast enough and is not always what it might seem. As one scientist said to me, “there’s the big point that *if* these companies are making a real contribution and are actually doing their bit, they need to be specific and open about what they’re doing.  It’s not enough to say ‘we’re working on it’.  They have built up a massive deficit of trust and they need to be open and transparent about what they’re doing if they want to regain that trust.” 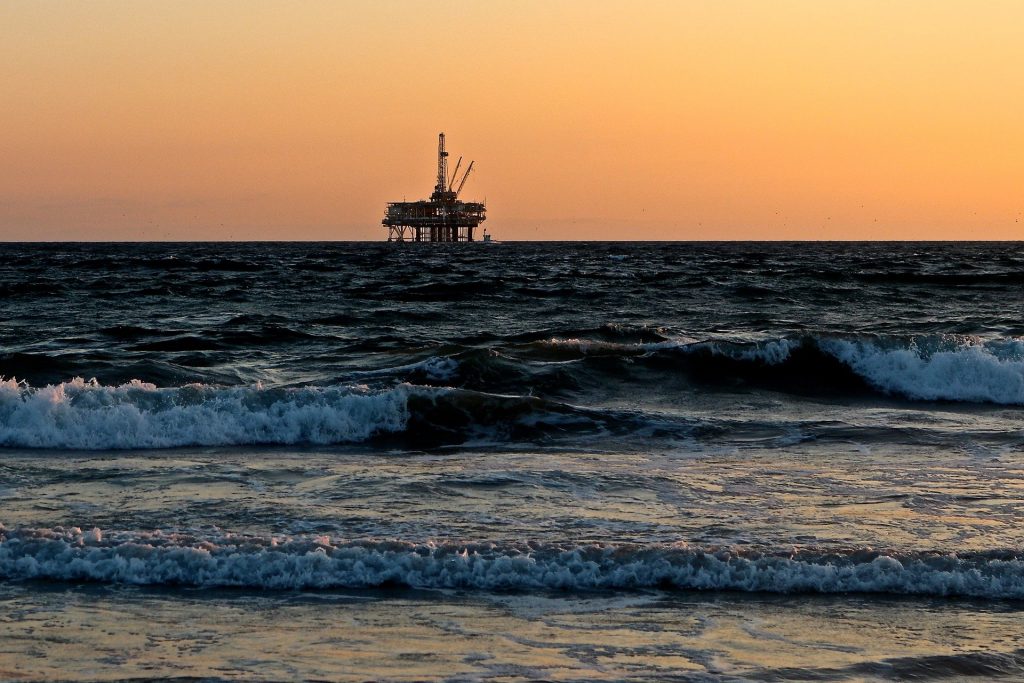 I believe we need to see a far stronger commitment to investment in renewables, a desire that goes beyond the feeling that this is all part of an economic model that keeps profits high, but offers a reasonable veneer of ambition to change.

One researcher told me that, as startling as it may first seem, it is time that 100% of R&D should be on renewables or it just isn’t enough.

I do not deny that oil companies have ambitions for net zero emissions by 2050, but  I worry that the words are more eager than the actions. For instance, Equinor will be increasing oil and gas output by 3% a year up to 2026.

I also believe that sponsorship of things like Wonderlab and the Science Museum as a whole can aid the cognitive dissonance of those in power at the oil companies. By sponsoring Wonderlab, it shows clear concern with children’s futures and their delight, and yet you can also continue to drill in the Arctic. Every time a self questioning homunculus pops into your head as you observe the drilling, your brain can turn the page and show you all those people having fun in the Science Museum.

In an announcement in mid 2020,  BP made clear their intentions to be a renewable energy focused company, though the same document later revealed BP’s plans to invest up to £53.2bn in its fossil fuel and non-renewable energy operations over the next 5 years. I am also wary of stories of BP closing down oil and gas fields where it could appear that they are just selling them off to focus on the most profitable ones.

I have also spoken to people who have shown that BP’s net zero ambitions is full of loopholes and goes neither fast enough nor far enough.

Though BP have said they will not seek to explore in any new countries, BP is already in 79 countries. You can also read about how the idea of Net Zero works here. 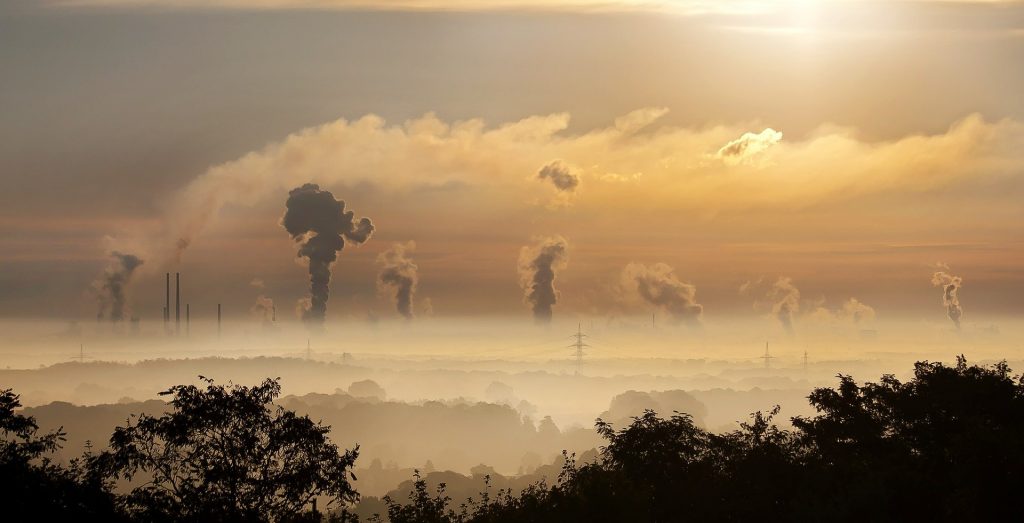 I worry that sponsorship of the Science Museum, even more than sponsorship of major art events, offers a fig leaf, a presumption that “Well, if the science museum is sponsored by them, those oil companies must be doing the right thing (morally? ethically? Scientifically?).”

I am no expert in any of this, but the conversations I have had and the research I have read led me to decide that I should pull out of the Science Museum event. It does not make me happy to do so.

The Science Museum was and is incredibly important to me.

I have been visiting it for 42 years or more. I feel a flutter of delight when I walk into it with my son and I have had. A delightful time performing there, including recording an Infinite Monkey Cage.

It is where many of us first come across so many magnificent possibilities of human civilisation and curiosity. Here we can start imagining possible futures. I do not want to imagine that the new generation who are inspired to become scientists as they look at beguiling exhibits highlighting space exploration, genetic understanding and cosmological beauty, will have to spend their adult careers desperately battling against the damage done by previous generations moving too slowly.

I do not want the Science Museum to become an archaic historical museum that exhibits the better futures we used to believe were possible.