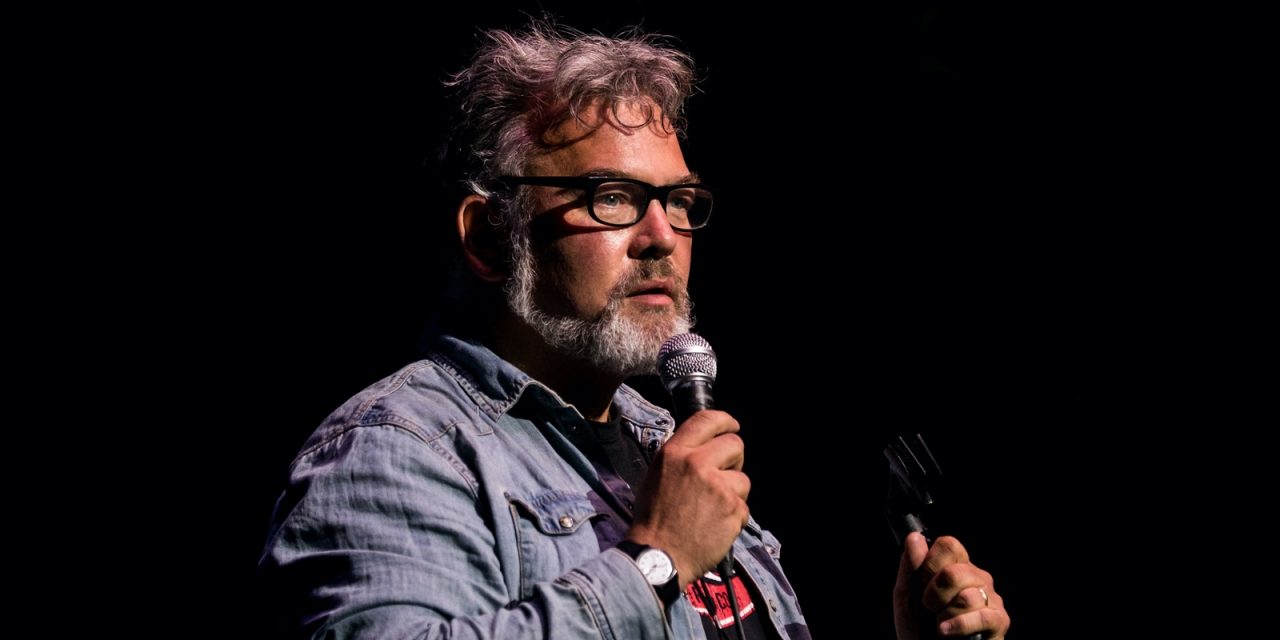 “Once the men’s toilet queue has died down, we can start the second half”, said the producer.

Theatregoers will be aware that it is a rare night when the queue for the men’s outstrips the queue for the women’s toilet. The toilet queue as a feminist issue has been discussed by Caroline Criado Perez in her book, Invisible Women. Where could I have been where the length of the comfort break queue was so out of kilter with reality?

I was not at the darts, snooker or a Chuck Norris convention, instead I was at a colosseum in Watford watching the scourge of Tony Parsons and Brexiteers, lifebelt to the liberal elite, Stewart Lee. His new double bill Snowflake/Tornado is brilliantly and painfully funny. His extended routine on what Ricky Gervais saying the unsayable would really be like, which is ten minutes in the company of a free jazz yodeller who has recently had intrusive and numbing dental surgery and has a Werther’s original stuck in their throat, worried me for fear that the combination of failing to go to the loo in the interval and now losing all control via tearful giggling may ultimately upset the equilibrium of my bladder.

It is the show that I should have avoided as there is an inescapable sense that that there really is no point in continuing with my own career when something this good is out there. I take heart in knowing that my shows are cheaper at least.

Stewart Lee continues to increase the amount of absurdity and clowning in this show, though his trousers remain on for the entirety in this show. He notes that there are likely to be sons brought by fathers in the audience, fathers who believe that bringing their children to see this “culturally significant” comedian will be a bonding exercise and an attainment of kudos, but the young will then sit there, nonchalant and unimpressed. I was fortunate to have a family in front of me where exactly that was happening. At times when I thought I could laugh no more, I would catch a side glance of a bemused face with hints of disdain and the laughter would be reignited.

It is good to know that despite the number of tickets he can sell, Stewart Lee still has the artistic credentials which mean some people leave the auditorium and saying, “Well I’m sorry, Bob, but I did not get that at all.” It reminds me of a night in Newcastle when two annoyed men were heard discussing my show in the urinals, “He’s no Kevin Bridges is he?”. 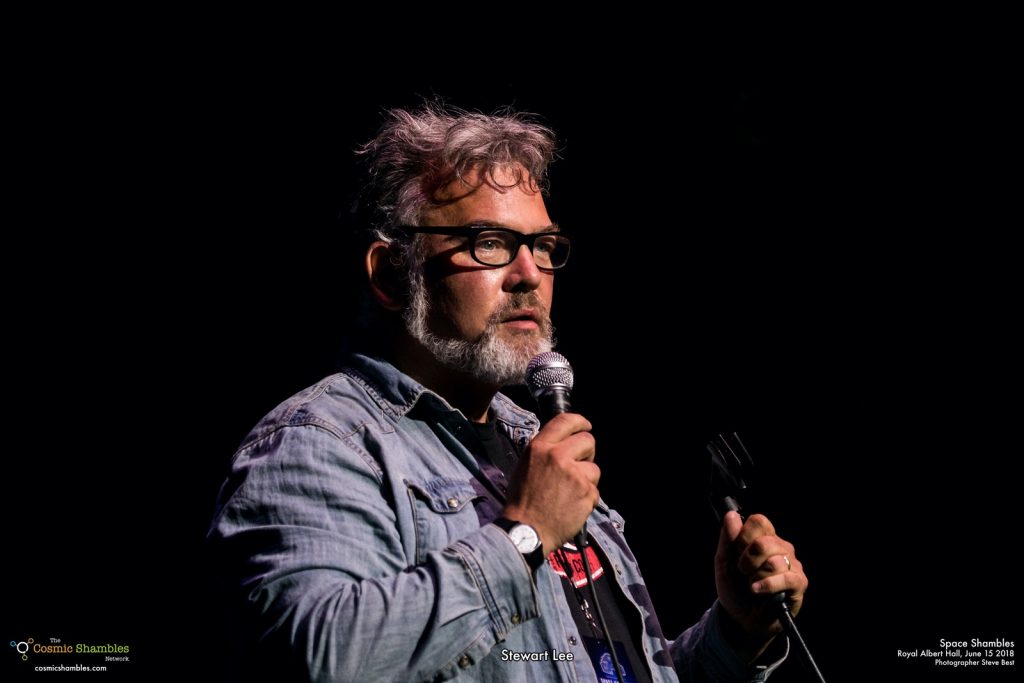 The best encore I have ever had was at a comedy club in Manchester where one table were still booing. During a particularly critically successful  run at the Edinburgh Fringe, Nick Helm had a couple walk out of his show halfway through. He ran after them, out of the venue, across the cobbles, bellowing, “Next time, don’t just look at the stars, read what the review says.” (This is a precis of the anecdote)

I was surprised by how male Stewart Lee’s audience were.  They were not dissimilar to an audience that you might see at a Wedding Present gig where you bemoan the number of podgy, grey and bald men in the audience and then catch your reflection in the mirror behind the bar.

Being podgy, grey and bald is not a requirement for enjoyment of Stewart Lee, though occasionally a knowledge of Steel Pole Bath Tub or bands that have only ever been mentioned in The Wire magazine might add an extra moment of bonding.

This week I also took a trip to the cinema.

Greta Gerwig’s Little Women is beautifully shot, performed and structured. Gerwig fractures the narrative like a Donald Cammell movie, jumping back, forth and around the lives of the four sisters. Some fans of the novel dislike this approach, but for me it gave certain scenes tremendous emotional punch and entangled the audience in the frequently confused relationships between siblings and the speed from love to hate and back again.

Introducing the film, the cinema manager mentioned how pleased she was to see some men in the audience as until now, the screenings had been almost entirely female (imagine the loo queues). It surprises me how sex specific entertainment still is, or indeed, life as a whole.

On Saturday night trains I see the boys laughing with boys, the girls laughing with girls and the quartet of middle aged straight couples uneasily doing that “We’re all swingers in Pinner” fake flirting which might hide forbidden hopes. I forget who wrote that men’s stories are considered tales for everyone and women’s stories are still seen as stories for women. When The Piano was released some decades ago, I remember being told it was “a woman’s picture”, perhaps because it was directed by a woman, starred a woman and had some costumes in it and pretty music. It also had the lead woman being punished for her truculence by having her finger chopped off by an angry Sam Neill. This did not please all the women who saw it.

I have no grand conclusion save to say, whether man or woman, go and see Stewart Lee’s new show and Greta Gerwig’s new film for the simple reason they are creatively brilliant and excellent ways to spend approximately 130 minutes. Who knows, perhaps Netflix will describe Snowflake/Tornado as “Four sisters learn who they are during a civil war fought between humans and sharks in nineteenth century America.”

Robin’s book, I’m a Joke and So Are You with a foreword by Stewart Lee is available now. Purchase here.