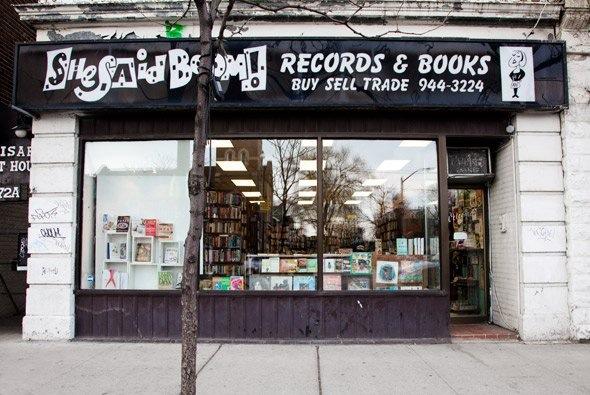 Toronto is a Bibliophile Paradise

If on your first visit to a secondhand bookshop they win you over to the music of Soft Machine, then you can trust them forever.

That is how I feel about She Said Boom on College Street, Toronto.

Every trip to Toronto, I think , “great, that means I can visit She Said Boom. This year, I bought a spare canvas bag, knowing full well I would leave Canada with more books than I had walking in. I should have bought a bigger bag. Television’s Marquee Moon was playing as I entered.

The first thing my eye was drawn to was a first edition of RD Laing’s The Divided Self (Tavistock Publications 1960). Within the hour, it would be mine.

I was first attracted to She Said Boom due to a snotty online review. It suggested that the shop was run by ailing junkies and the customer had been told off for looking behind a curtain which he thought was unfair and all the stock was weird.

That shop sounds good, I thought.

On that occasion, I bought two books by the Church of Subgenius and a book of psychogeographical essays. Since then, it’s been a biography of Kurt Vonnegut, Douglas Coupland’s book about Marshall McLuhan, a history of native American attitudes to mental health, Jayne County’s Man Enough to Be A Woman – that sort of thing. It feels like a curated bookshop, not too carefully,  but carefully enough that you won’t just find any old tat and if you do, it’s the sort of tat that pleases you and it is uncommon tat at that.

I never leave the shop with as many books as I would if the shop was around the corner from my house. How I wish the wormholes connected me to all the bookshops I adore. 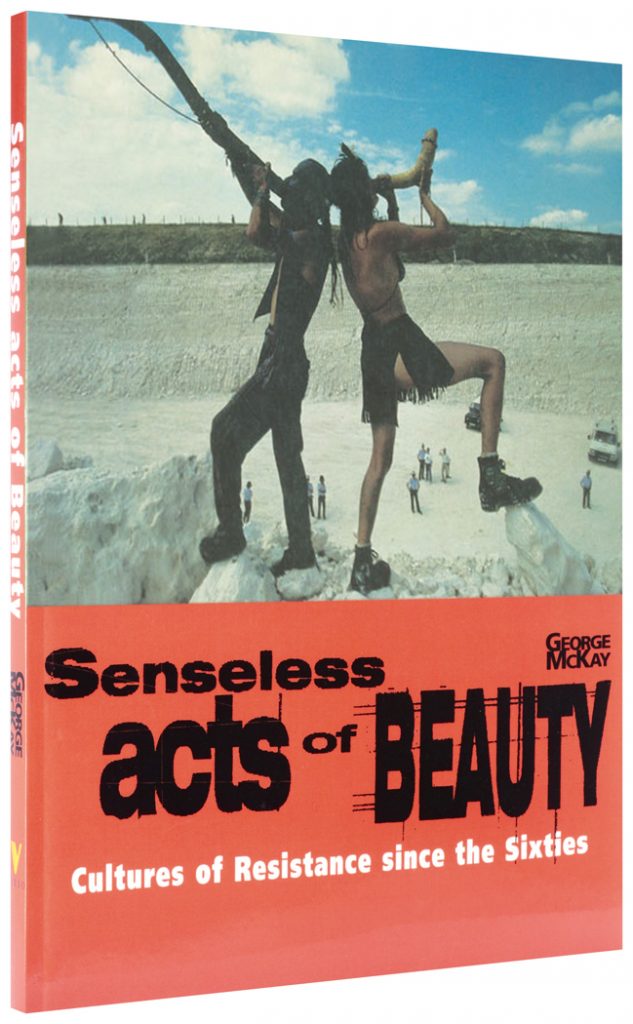 This time I picked up Rebecca Solnit’s Encyclopedia of Trouble and Spaciousness, George McKay’s Senseless Acts of Beauty, Dreams of Millennium by Mark Kingwell, that RD Laing I mentioned and Sady Doyle’s Dead Blondes and Bad Mothers. I was almost scot free with a light bag of feminism, insurrection and existentialism, BUT…

As I took my books to the counter to face the shop assistant, the same one who was there five years ago and who was playing Soft Machine, but who I have no reason to believe uses heroin, I saw a book in the behind the counter display of insidious desire. It was Frederic Wertham’s Seduction of the Innocent. This is the book that helped spur the comics’ code, the system the bowdlerised Tales from the Crypt and other gory delights. It was a first edition (though not the very rare one that includes a later excised bibliography). I asked to have a look. I saw the price. It was not cheap. If I bought it, it would be the third most expensive book I had ever bought. I sighed and said that I may return. I left the store. I walked to the next avenue, all the time wondering if my mind could work out an alibi for the expenditure.

Of course , I was writing a show about horror (Satanic Rites of Robin Ince may be at a theatre near you this Autumn). If I found myself using this book for anywhere between 5 and 15 minutes in the show, the cost of the book versus the box office takings would soon see it paying for itself.

It was mine 5 minutes later. The pages on the homoerotic persuasion of Batman’s relationship with Robin makes it a worthwhile purchase already.

Annoyingly, Matt Parker, stand up mathematician, had discovered another must visit bookshop in Toronto, The Monkey’s Paw on Bloor St. It has a Bibliomat. You can purchase a $3 token at the counter, pop it into the Bibliomat and a random book will come out . I got Horses and Americans by Phil Stong. This is a highly curated shop with many superb oddities. I am filled with regret at what I did not purchase.

Among the treasures, there was a ten volume set of a journal I knew nothing of, Maledicta – the International Journal of Verbal Aggression. This shop is not merely books, but intriguing leaflets and other reprinted materials. There was a ringbound manual on the anatomy of the rhesus monkey and how to dissect it, a manual of Russian spacecraft published by Mir Journals and a lustily illustrated pamphlet on assisted home removals. Their pornography cabinet contained a large number of novels centred around bestiality. None of the above made it into my bag. Instead, I purchased a 1931 edition of JK Huysmans’ Against Nature, titled Against the Grain and illustrated by Arthur Zaidenberg. There was a 1967 edition of Gillian Freeman’s The Leather Boys, Dr Newton Howard’s The Sex Game, an examination of the sex lives of American doctors and welfare workers amongst others, Side Show Girl – Love Affairs of A Carnival Trouper, a 1950 penny dreadful by the author of Weekend Girl, Impatient Temptress and Good Girl by Day, Inside the Cults (edited by Tracy Cabot) and Sex-High by Carson Davis, “an in depth study of turned on swingers who consider themselves the vanguard of the sexual revolution” and Living with Magic “witchcraft and sorcery as a new way of living, loving and expanding our consciousness” (this was the one mistake purchase, I should have bought the 1960s book about plastic surgery). 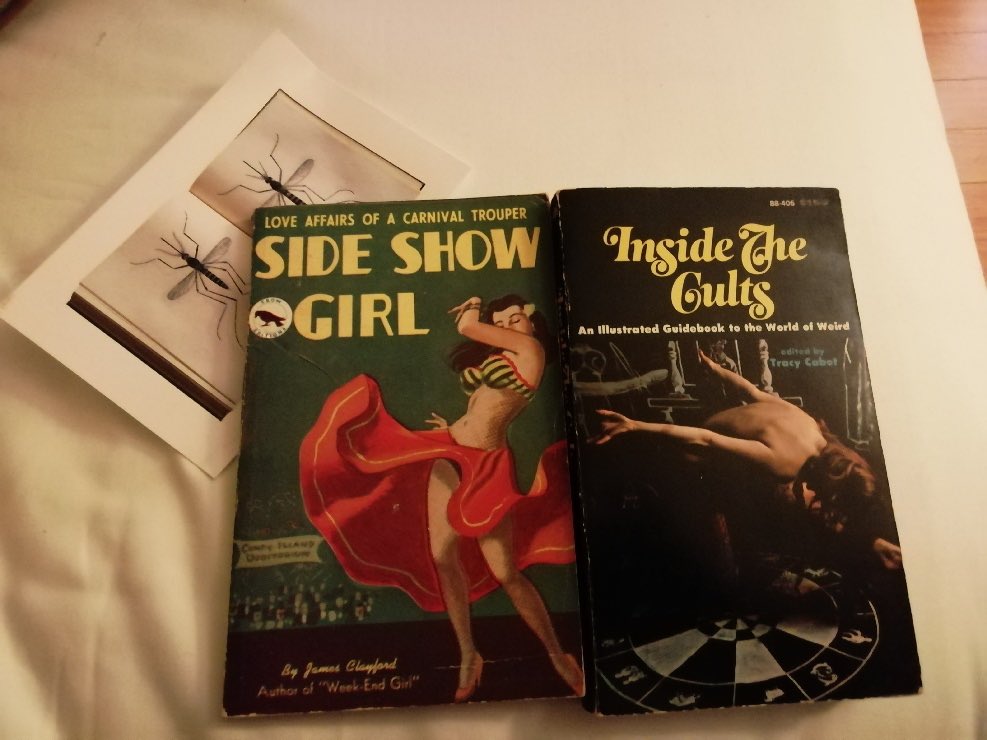 The guy behind the desk knew the stock remarkably well and was also very persuasive , he knew just how to manipulate someone with a taste for the arcane.

Toronto is a bibliophile paradise. I have bought some fine nonsense and even some books that are filled with sense.