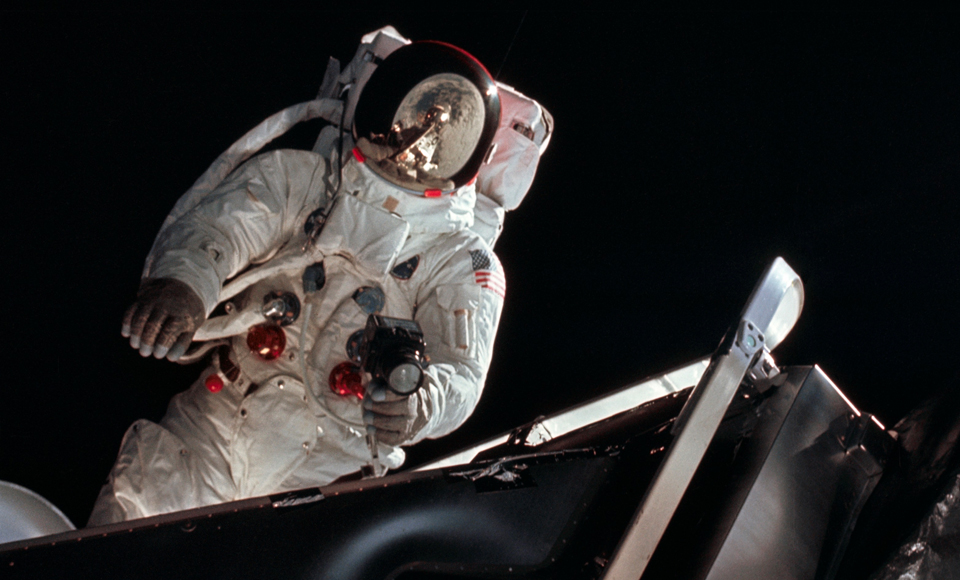 Russell “Rusty” Schweickart is a man who wears many hats. He is, of course, a former NASA astronaut as part of the Apollo programme, but also an aeronautical engineer, research scientist, U.S. Air Force fighter pilot and former business and government executive.

After gaining a Bachelor of Science degree in Aeronautical Engineering in 1956 and a Master of Science degree in Aeronautics and Astronautics from the Massachusetts Institute of Technology in 1963 he was selected, that same year, as part of NASA’s third astronaut group , and was selected that year for NASA’s third astronaut group which also included the likes of Buzz Aldrin and Alan Bean.

Rusty flew in space as part of the Apollo 9 mission. The 1969 Apollo 9 mission marked the first manned flight test of the Lunar Module, of which Rusty was the pilot. He also performed the first in-space test of the Portable Life Support System used by the Apollo astronauts who walked on the Moon. Imagine that for just a second. Being out in space, conducting the first test of a life support system, hoping it works. Imagine being the person that does that, that commits to that task. 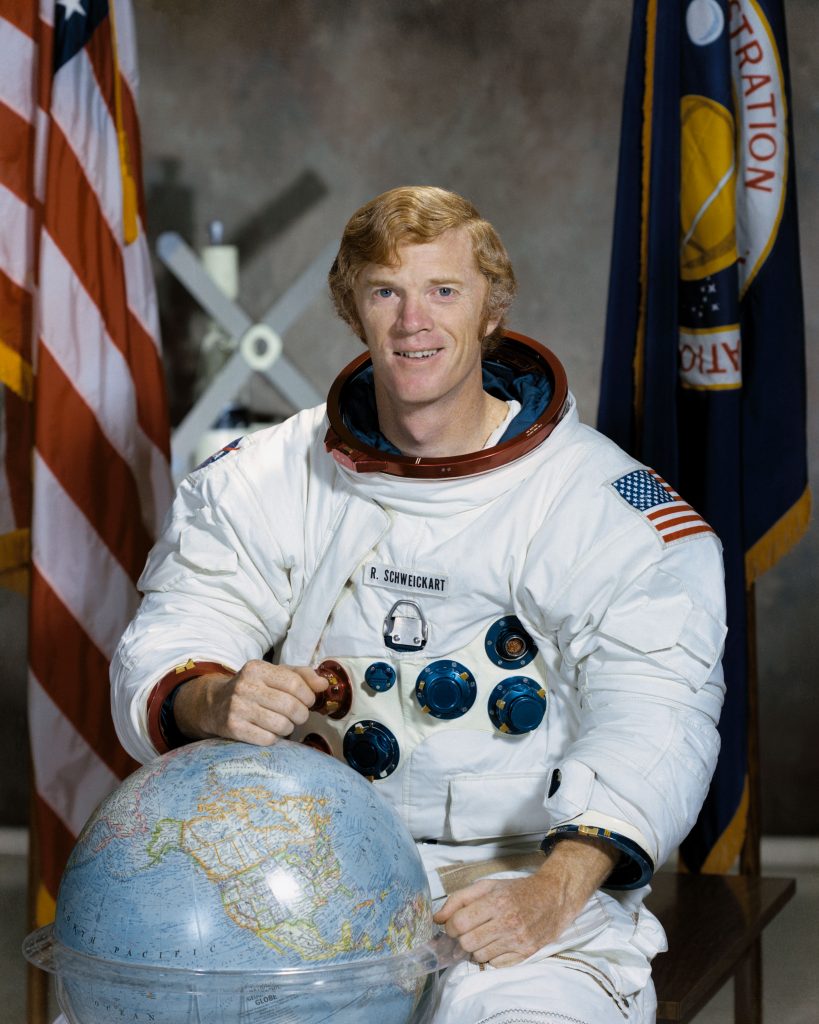 “Here I am, a little farm boy from new Jersey, and yet here I am in space”.

On day four of his mission on Apollo 9 in March 1969, Rusty had to check the Portable Life Support System abroad the craft and his colleague, astronaut Dave Scott who was filming the procedure, had a camera jam. Module Commander James McDivitt told him to hold on while the camera was fixed, and not to move.

Rusty talks about having an existential moment whilst waiting for his colleague to fix the camera, having the most profound five minutes of his life to just take it all in, and a little later, to more fully consider what it all meant, as he more or less just sat there, in space, for five minutes.

“How did I get here? Humanity has reached this point where we’re moving out from the Earth. I’m a small part of that, but that’s what’s going on. How does that happen in history?” Rusty said, 33 years old at the time of said spacewalk. “Who am I? Am I ‘me,’ or am I ‘us?’ It’s very clear that you’re there as a representative of humankind. This is humanity moving out, and you’re just the representative on that frontier.”

Following the success of Apollo 9 and the other Apollo missions, Astronauts Neil Armstrong and Buzz Aldrin of Apollo 11 walked on the moon, a very short time later, in July that year. As for that broken camera, it got fixed and Apollo 9 beamed back the first live TV pictures from space which would later earn Rusty and the crew an Emmy!and it may be a sore spot. 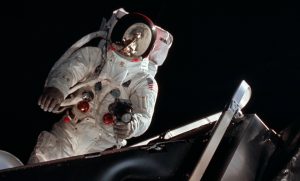 Following Apollo 9, Rusty served as backup Commander of the first manned Skylab mission in 1973. He was responsible for developing the hardware and procedures used by the first crew to perform critical in-flight repairs of the Skylab station. The entire station was saved by Rusty and his team’s work. After Skylab, he served for a time as Director of User Affairs in NASA’s Office of Applications.

Rusty has remained a prominent voice in the world of space exploration, and cofounded the Association of Space Explorers in the 80’s who envision “a world where living, working, and exploring in space will be as familiar to humanity as life on our home planet” and have a mission to “promote the global benefits of space science, exploration and international cooperation; to educate and inspire future generations; and to foster better stewardship of our home planet”.

In 2002 he co-founded the B612 Foundation along with fellow former-astronaut Ed Lu and two planetary scientists, also serving as its Chair. The foundation is a non-profit dedicated to defending Earth from asteroid impacts. In 2005 he testified before US Congress on the dangers related to a potential asteroid strike on Earth. 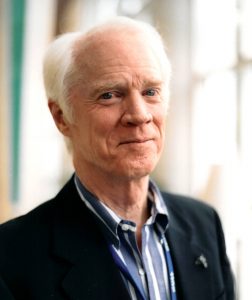 Rusty’s complete list of honours and awards are too numerous to mention but extend from being awarded the NASA Exceptional Service Medal and being inducted into the International Space Hall of Fame to having an asteroid named after him.

He has also served as California Governor Jerry Brown’s Assistant for Science and Technology, was Chairman of the California Energy Commission, and served as CEO of several telecom startups in the private sector.

We are absolutely delighted that Rusty will be joining us for Space Shambles at the Royal Albert Hall on June 15th along with Robin Ince, Chris Hadfield and many, many more special guests.

You do not want to miss the chance to hear this incredible space pioneer speak and tickets start at just £9.00!