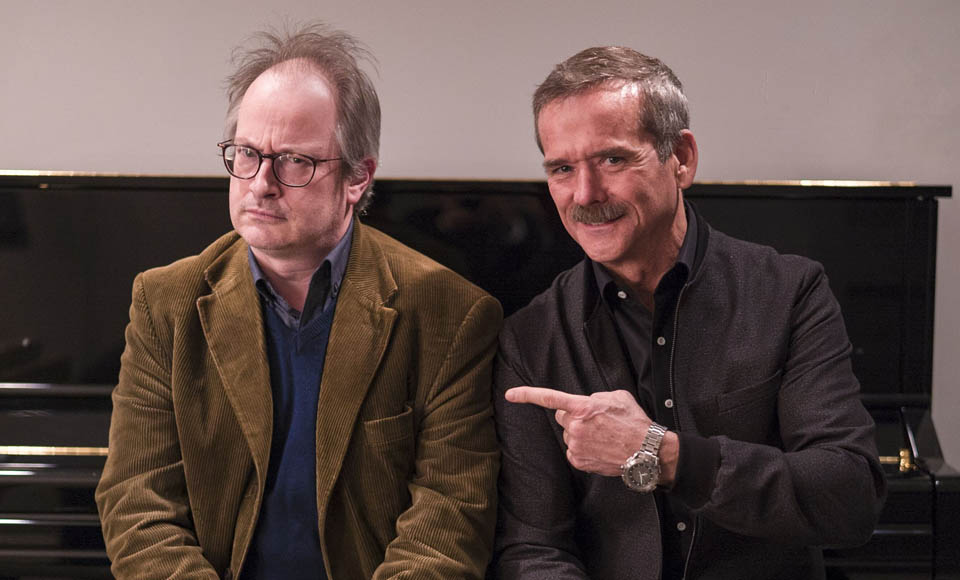 Today, I am considerably more aware of the toxic nature of my decay.

I am also aware of how I may donate my bodily decay to scientists who live in the woods.

This is because I hosted another of Toronto’s Generator shows.

It is one of the events I look forward to yearly, like the Slapstick Festival in Bristol, The Laugharne Weekend and the nurse at the local surgery telling me she sees no need for me to have a prostate examination.

This year’s audience were confronted by more mortality than usual, but with a joviality that meant it shouldn’t feed their nightmares.

Evan Hadfield, who stole the idea for the event from me in 2013, opened the proceedings with a monologue instructing the audience to avoid elevating bad science and useless thinking by sharing it on social media. This is a sentiment I agree with. We become frustrated by charlatans and pseudoscientists and in our frustration we try to reduce the pressure in our skull by tweeting about these people. Many bad ideas will die on the vine without the sunshine of publicity.

Then Evan walked off and I walked on. To my right, as usual, were the android and feline astro dandies, TWRP (formerly Tupperware Remix Party) acting as the house band. They are a spandex delight. (I was fortunate to see them perform a full set the next night at The Opera House. Both the band and Space Cowboy are concentrated form of future optimism fused with eighties guitar licks).

The speaker line up was not only a staggering variety of ideas and evidence, but also made up of people who all ran to time – a double academic whammy.

Brendan Frey spoke first. His research and revelations are based around AI driven genetic medicine. The breakthroughs are a reminder that it was never flying cars that we should have been waiting for in the 21st century.

Jae Rhim Lee opened her lecture with a sloth anecdote, which always wins me over. She is an artist who has combined her creativity with evidence based science and created a burial suit with mushroom spores attached that will help breakdown the more environmentally damaging elements of bodies. I am excited to become spores, but in no hurry for the inevitable time when I am a mushroom cemetery.

Second City is a legendary comedy club that has spawned and encouraged many great Canadian comedians and tonight we were joined by their alumni, She the People, an energetic quartet of lively improvising minds who at no pointed reminded the audience of the fragility of their existence, though perhaps the fragility of our egos and image was nudged.

(She the People will be at Toronto’s CAA theatre, I would recommend you go)

The first half concluded with a little more moribund flesh. Shari Forbes is an Australian body farmer who has transferred to Quebec (transfer fees for body farmers are higher than hockey players nowadays). She explained why her donors choose to spend their post life distributed across fenced in farms having their loss of structural tenacity monitored and what can be learnt from them. I don’t think my organs are in good enough form to be of use inside anyone else, so I was persuaded that my donor card should have a tick in the box that will leave me prey to flora and fauna among the ferns and beetles.

Chris Hadfield opened the second half with a brand new lecture on the trial and error and creation of maps. Frustratingly it was both excellent and only written the night before on a plane from Dublin.

Regular readers and Shambles followers will be aware of the passionately mathematical mind of Matt Parker who stormed the room with his explanation of redundant cogs in illustrations and icons. (His book, Humble Pi, will be available in Canada within weeks) . He also explained numerical errors in McDonalds promises of a cornucopia of menu possibilities.

Adrian Owen’s neuroscientific work has focussed on communicating with people in locked in situations. He has found a way of discovering if people who appear to be utterly unresponsive are still conscious and aware. The system sounds both very simple and vitally important. He concluded his talk with a story about a patient believed to have lost all existence of self and how the communication began. From the point, her journey towards her now independent living began.

Aaron Chen is an award winning Australian comedian who delighted the audience with a story fo the day he demanded white food from his Chinese father. Then four years old, Aaron tried to run his father through the necessary ingredients and creation of apple crumble, but ended up with a cheese and apple core toastie.

The evening ended with the creativity of Simone Giertz, quizzed by Chris Hadfield both on her evolution from kier off shitty robots to her current work and her diagnosis and dealing with a non cancerous Brian tumour that prevented her from appearing at the previous Generator.

By the way,  Evan didn’t really steal the idea of it all. He came along to Compendium of Reason in 2013 and then said, “Hey, I like the look of mashing up comedy, science and music, can we do it too?” Which was very nice of him to ask because he didn’t need to and I would love to see more nights like this across the world.

I’m off to go gathering mushrooms in the woods.

Robin’s next big comedy, science and music mashup is at the Royal Albert Hall on May 17th with Sea Shambles, the sequel to 2018’s Space Shambles which also Chris Hadfield co-hosted. Tickets here.