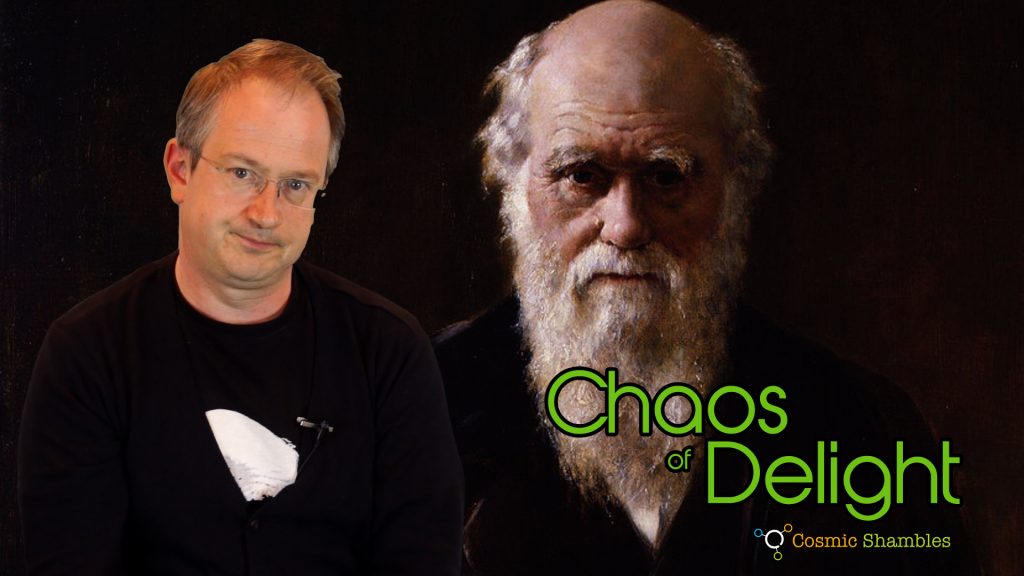 On the 28th February 1832, as he voyaged on the Beagle, Charles Darwin wrote in his diary of the experience of being in a Brazilian rainforest.  He wrote, "The delight one experiences in such times bewilders the mind, if the eye attempts to follow the flight of a gaudy butter-fly, it is arrested by some strange tree or fruit; if watching an insect one forgets it in the stranger flower it is crawling over, if turning to admire the splendour of the scenery, the individual character of the foreground fixes the attention. The mind is a chaos of delight, out of which a world of future and more quiet pleasure will arise".

To us, it is one of Darwin's most beautiful passages and when interviewing over 150 people for The Incomplete Map of the Cosmic Genome, we asked most of our guests when they had experienced such a 'Chaos of Delight'.  Most of these mini-episodes have previously only been available to Cosmic Genome subscribers, some have never ever been seen before, but now we are releasing them here on Cosmic Shambles.  Enjoy.

We dug into the Cosmic Genome archives this week to celebrate Alice Roberts’ RI Christmas Lectures. Here is here episode of Chaos of Delights from 2013.

Project scientist of the Rosetta mission, Dr Matt Taylor tells us of his Chaos of Delight

Dr Adam Rutherford offers us his genetics based Chaos of Delight.

Dean Burnett, neuroscientist and author of The Idiot Brain, talks about his sweaty Chaos of Delight.