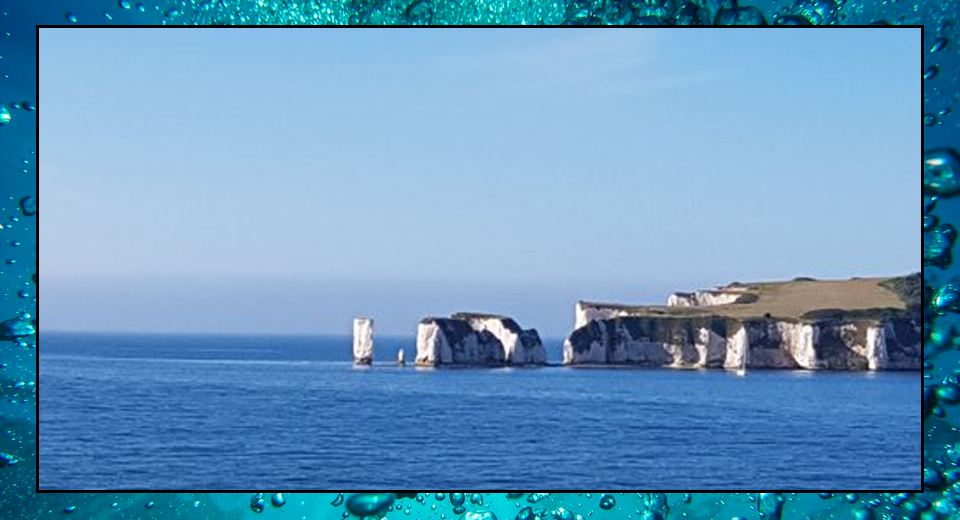 I recognise those rocks because my outrigger canoe club has a training camp nearby every year – it’s Old Harry Rocks in Studland Bay.

This picture was sent in by @FiNutBrown on Twitter, and it was taken near Poole.  It’s a beautiful and dramatic rock formation, and this picture was taken on a stunning day. I picked it today because of what the rock stacks are made from: chalk.   Every time I see a cliff like that, I’m reminded of how good the ocean is at recycling, and of the potential for each atom as it goes round and round the cycle.

80 million years ago, what is now the south coast of Britain was a sea.  But it was also a forest, or at least the ocean version of a forest for at least some of the time.  We know that plants capture the sun’s energy and use it to build sugars – that’s photosynthesis – but when we think of that process, we usually think about trees and flowers.   Those are only half the story.  A tree is large, stationary and old.   But in the ocean, that same job is done by fragile floating algae that are so small they’re just a single cell.  They’re miniscule factories, constructing themselves out of nutrients in the water around them, fuelled by sunlight.  They’re tiny, mobile, and short-lived, but when conditions are right they can grow in utterly gigantic numbers.   This is what a forest looks like in the ocean: a greenish underwater mist that stretches for miles. 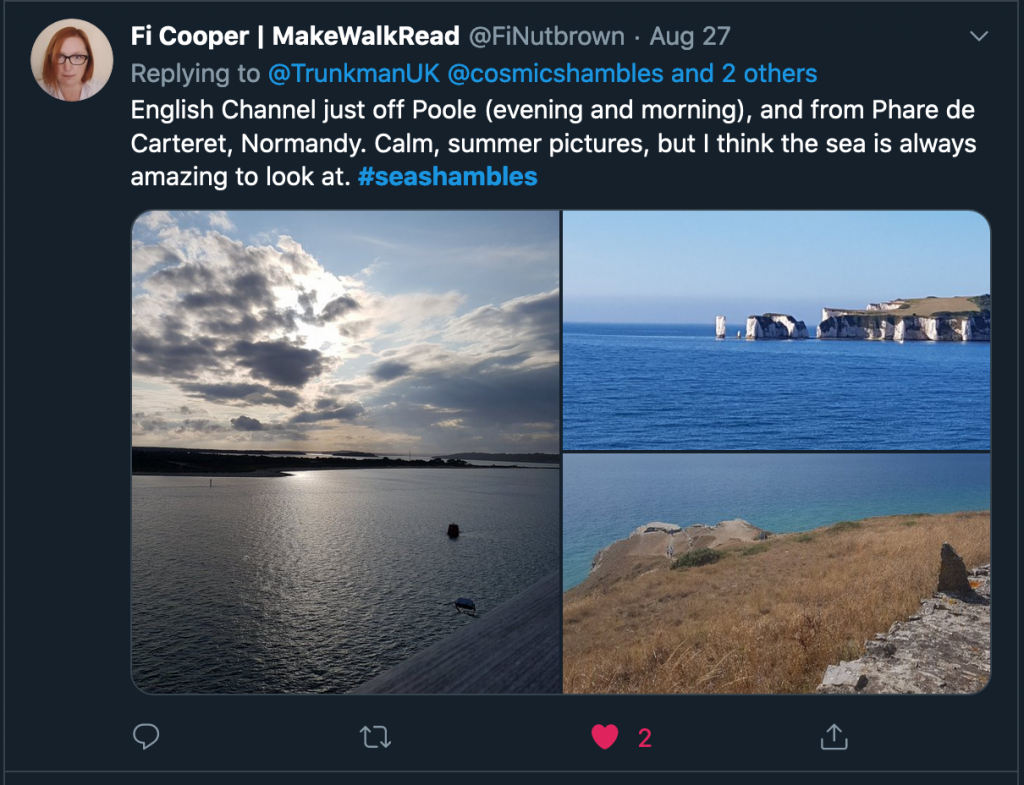 Today, we can see large blooms of these cells from space.  But 80 million years ago, they were living and dying unobserved.  The ones over the south coast of Britain were coccolithophores, each with a dramatic armour of platelets made from calcium-based minerals.  These platelets are astonishing, intricate works of art assembled inside the cell and then pushed outwards to reinforce the outer shield.   The creatures that grazed on them didn’t care, hoovering them up and keeping things in check.  But when a forest grew too quickly, the coccolithophores lived and died and lived and died, and when they died they sank down to the seafloor to accumulate in a giant seafloor cemetery.   Eons passed, and the crushing pressure turned algae into rock, and the rocks moved until they eventually came to be called the south coast of Britain.    This is chalk: the leftovers of thousands of fits of biological enthusiasm, hauled up into the sunlight to be inspected by bipeds with hammers and notebooks.

But it didn’t end there.  Chalk is white and crumbly, and if you scrape it across painted wood, it leaves a white mark.  I love the thought that for centuries, history and maths and languages and science were passed on from human to human via marks made with ancient crushed sea creatures.  Once the chalk dust finds its way back into the sea, the cycle will begin again.   Modern chalk isn’t made this way, which is both a good thing and a bit of a shame.

A few years ago, I borrowed a piece of chalk from the Royal Institution, and I drew a coccolithophore with itself.   This made me extremely happy.  You can see a picture of that below. 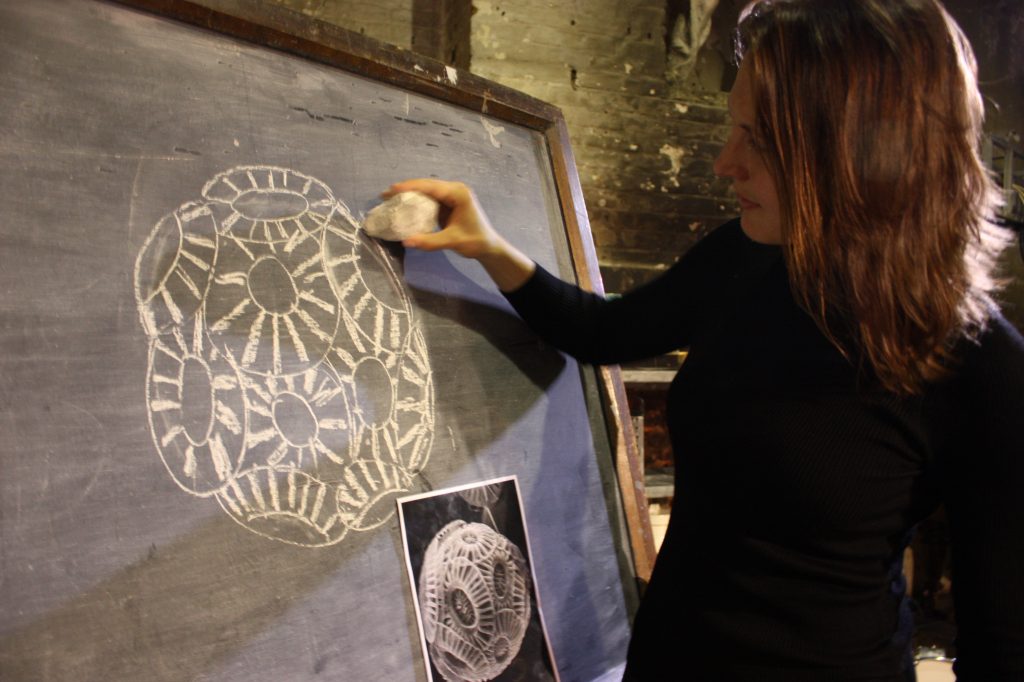 Me drawing a coccolithophore with itself, using chalk from the White Cliffs of Dover. Pic by the RI