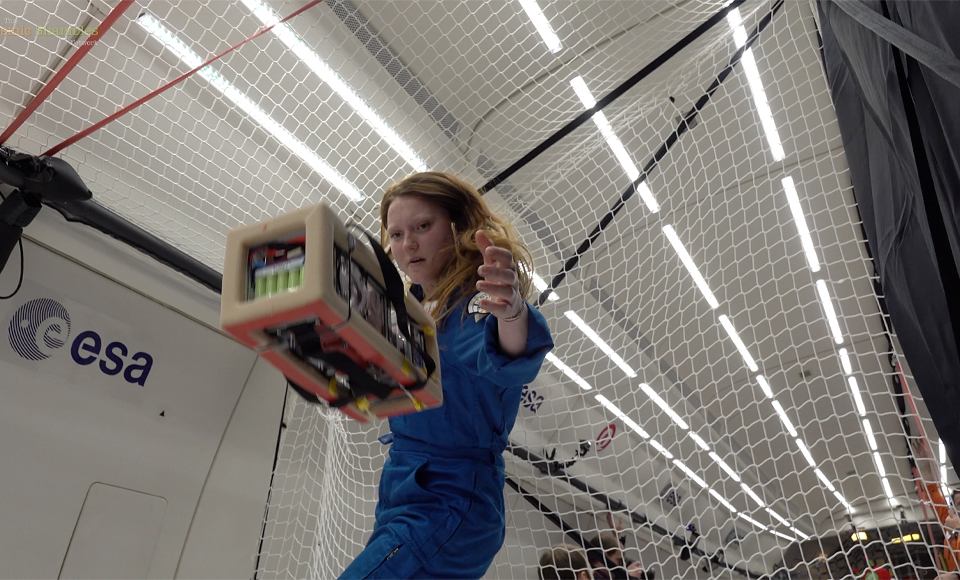 Heat transfer is as much of a problem in space as it is on Earth. So how do you effectively get rid of the heat generated by a satellite, so it doesn’t overheat, when that satellite is a small cube? A team of students from the University of Brighton are working on just that. And as Helen returns to the hangar after her flight, she reflects on the experience with Ginny.

Very special thanks to Tim Peake.