Tissue of Lies: were Kleenex right to drop the ‘Mansize’ label? – Dean Burnett 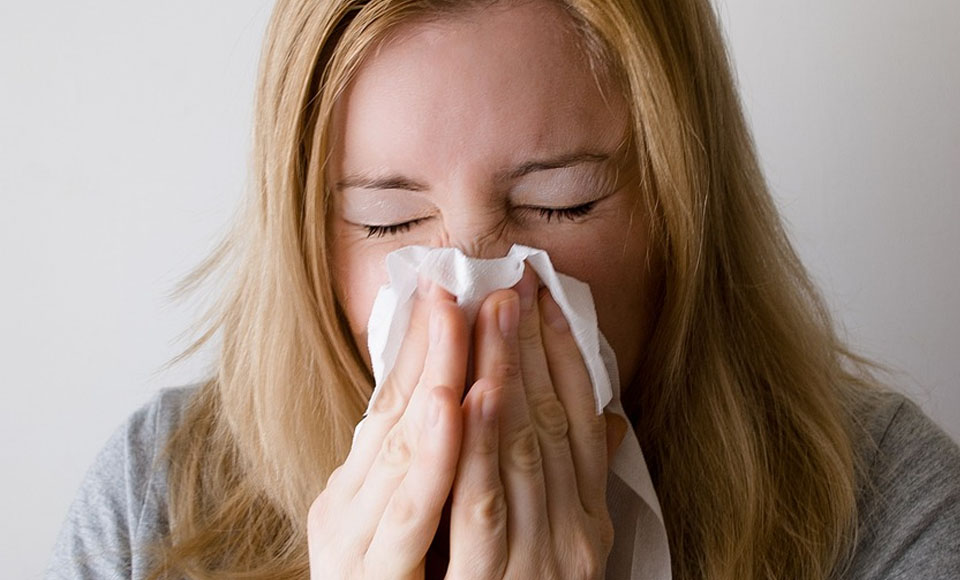 Tissue of Lies: were Kleenex right to drop the ‘Mansize’ label?

Do men actually need their own dedicated tissues? Let’s see what the science says. 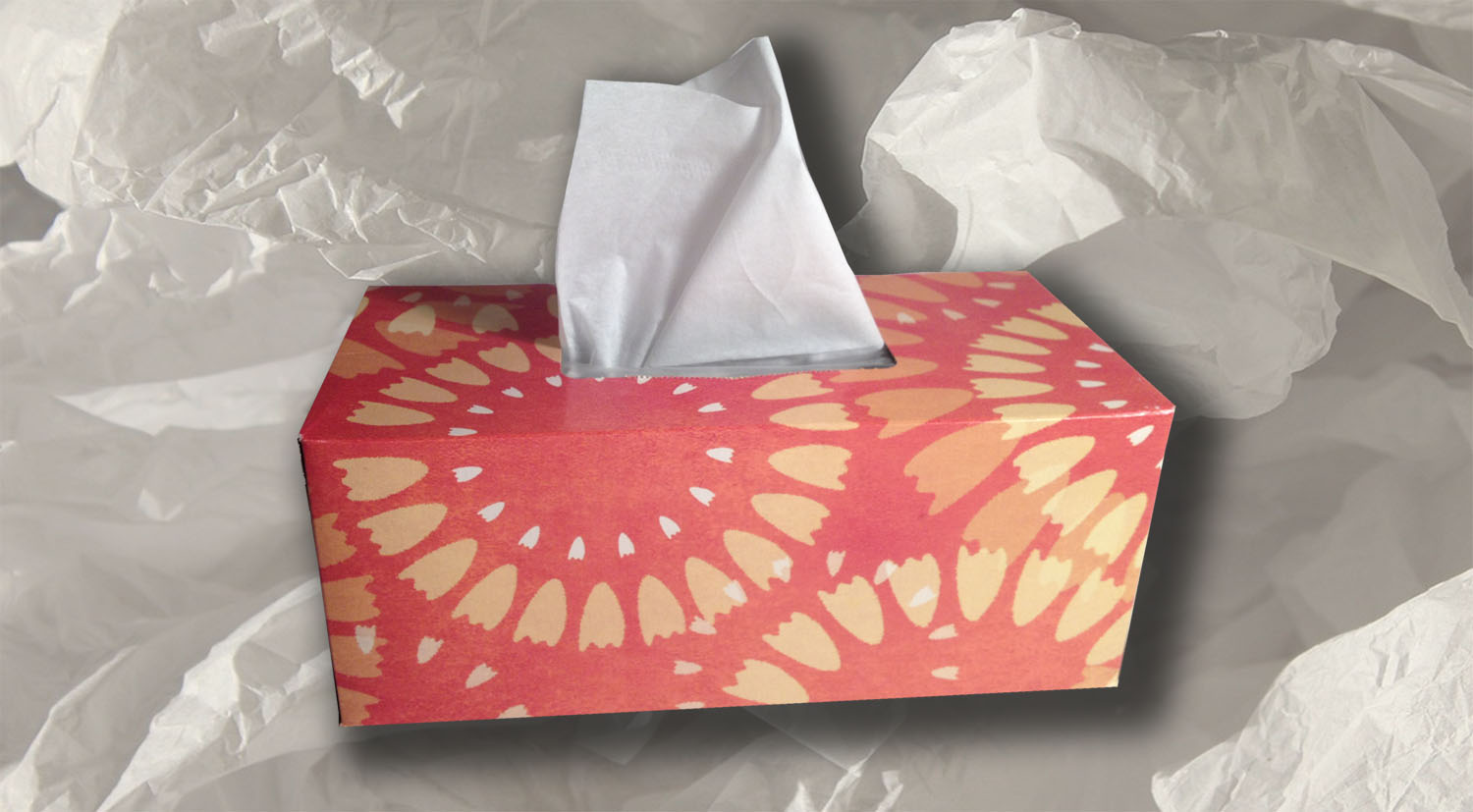 Tissues! Manly tissues! Those aren’t flowers on the box, those are exit wounds!

Kleenex tissues recently rebranded their ‘mansize’ tissues as ‘extra large’ after complaints that the original label was was sexist. This led to much outrage from men online, because of course it did.

As ever, because it’s 2018, something pretty much inconsequential has been treated in some quarters as a prelude to the annihilation of all men because it looks like it inconveniences them in some way. If the lighting’s bad. And you squint a bit.

Increasingly-outdated rabble-rouser Richard Littlejohn even wrote a column in the Mail about how Waitrose are going to introduce Trans-size tissues. Or something. Go Google it if you want to read it; I’m not linking to it here because, quite frankly, fuck that guy.

But has anyone actually looked at the facts of the situation? Do men actually need different tissues? Was Kleenex’s decision to introduce a product aimed at men a rational one, outside of commercial concerns? Because if it wasn’t, then it’s perfectly sensible to drop it.

So, scientifically speaking, excepting specific medical requirements, what (if any) reasons are there for ‘mansize’ tissues?

Are they actually ‘man’ sized?

If you want to be 100% literal about it, then ‘mansize’ should mean ‘the size of a man’. And the tissues aren’t. Even if you interpret man-sized purely in terms of length, then the tissues definitely are not 175.3 cm/5ft 9in long. No tissues are. What would be the benefit of such an item? How often do you end up looking after an Orca with a head cold?

Ergo, the ‘mansize’ label is misleading from the off. Some might even say false advertising, but then luckily nobody’s been THAT pedantic yet.

Apart from me, as I just demonstrated. Admittedly this has been a bugbear of mine ever since I bought a ‘king size’ chocolate bar. Our smallest king was, I think, Henry VI, who ascended to the throne of England when just 9 months old. But surely even a 15th century 9-month-old masses considerably more than even the biggest Snickers? Words mean things!

Without wanting to get involved in the white-hot issue of trans rights and gender definitions, the male and female human forms do obviously have anatomical/physical differences. Would any of these have any bearing on tissue use or requirements?

It’s true that men tend to be bigger, with a greater amount of muscle mass, which requires more oxygen. As such, some data points to men having bigger noses on average, to facilitate greater oxygen uptake, as they need more.

But, we’re talking a subtle difference. Men apparently have 10% larger noses compared to women, so at best they should have 10% larger tissues. I can’t find the actual dimensions of Kleenex mansize tissues online, but in my experience (my gran buys them regularly, ironically) they’re about double the size of ‘normal’ tissues.  That seems excessive, but then some men do have a habit of taking up far more space than needed. Although in fairness, they’re not alone.

Although this issue is perhaps fruitless anyway, as we don’t use the WHOLE tissue when we sneeze or blow our nose. We don’t spray a perfect square of soggy mist over the available paper surface; we bunch it up and contain the output, leaving much of the tissue relatively unscathed.

Therefore, men should be quite capable of using ‘standard’ size tissues. And they are. I’ve seen them do it. I’ve done it myself countless times. I know anecdotal evidence doesn’t really prove anything, but, come on!

Kleenex promote, or at least did promote, their mansize tissue range with phrases like “extra large, extra strong and yet still so soft and gentle”. Asserting that their tissues are both extra big and strong (stereotypically masculine traits) yet simultaneously soft and gentle (very much not stereotypically masculine) is a brilliant example of illogical masculinisation of essentially neutral products (LADvertising? MANketing?) See also Brosé wine and the Lynx Manwasher (Pink wine and a sponge, respectively), for men who want to partake in the softer, finer conveniences of modern life without anyone doubting their ability to bring down a gazelle with their bare hands.

But back to the original point; do men need bigger, stronger tissues to contain more powerful sneezes and nasal expulsions? Science says no, not really. There’s no suggestion of any significant difference between male and female sneezing outputs, which are nowhere near as powerful as many have been led to believe. The strength of sneezes does undoubtedly differ from person to person based on anatomical features, but the greater differences will be cultural, familial, developmental, and so on.

Although if anything, the female form allows a greater degree of space between the lungs and the ribs (possibly to accommodate pregnancy-induced internal changes) so is it possible women could get more ‘oomph’ out of a sneeze as they can fit more air into their lungs?

It’s actually a lot more complex than that, but still, something to consider if you’re going to get all het up about it.

Dean, you seem to think men use tissues purely for respiratory or nasal purposes; are you really that naïve?

Of course not. It’s not exactly couth to bring it up in a science blog, but let’s just say it’s undeniable that a lot of men use tissues to deal with sticky bodily emissions that come from much lower down than the nostrils. And in this instance, it is something that’s almost entirely the preserve of men.

In my, uh, ‘experience’, it’s very tricky to control or even anticipate the volume such emissions, so maybe the extra-large tissues are genuinely necessary here, to provide greater receptacle/clean-up capacity?

So, perhaps there are instances where men truly do need their own specialised tissues? But if you do encounter a man who insists on such a thing, it would therefore be reasonable to conclude that he’s a wanker.

Dean Burnett is the author of The Idiot Brain and The Happy Brain. Neither of them discuss tissue use in any way, but they are printed on reasonably absorbent paper if you get caught short. Available now.