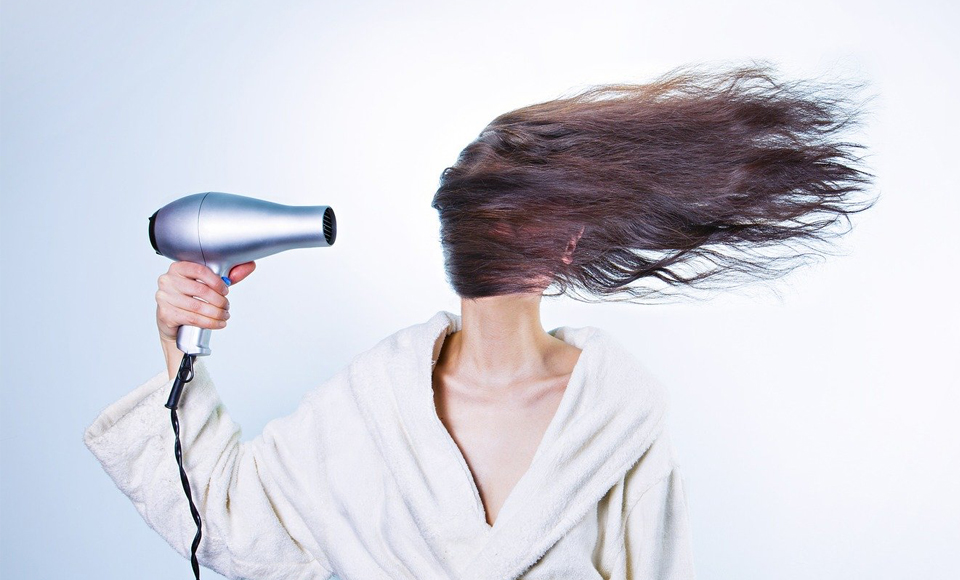 A few months ago, something weird started happening to me.

It began so gradually I barely noticed it- a bit more hair on the bathroom floor, slightly more coming out in the mornings when I combed it. But pretty quickly it was obvious this wasn’t normal. I have lots of thick, curly hair, which I only comb occasionally, and wash once a week, so I am used to losing a fair amount when I do. But when handfuls began coming out in the shower I knew something strange was going on.

As a scientist, I began forming hypotheses, thinking about what aspects of my life had changed that might be causing this. Unfortunately, my life is not a carefully controlled experiment and this year in particular has been full of change. For one thing, in February, we moved to Singapore, from the UK. So perhaps it was the different water that was causing it? Or the heat?? Some googling told me these were unlikely. With no sign of it slowing down over the next couple of weeks, I visited a doctor for blood tests, which came back pretty much fine. With other causes ruled out, I did some more research, and came to the conclusion that the most likely culprit was something called telogen effluvium.

To understand this condition, we first have to look at how hair normally grows. Hair is mainly made of a protein called keratin, which, like all proteins, is made up of smaller amino acid molecules. The part where each strand of hair enters your scalp is called the follicle- this anchors it to your head, and is where it grows from. But not all the hair on your head is growing all the time. Our hair goes through two phases, the anagen phase, where it is growing, and the telogen phase, where it is not. Each hair grows for between 2 and 4 years, before entering the resting phase for 2 to 4 months, then falling out, to be replaced by a new hair. This is what limits the length your hair can grow to. If you have a short anagen phase, and your hair grows slowly, you may never be able to grow your hair as long as someone with a longer anagen phase, no matter how long you go between hair-cuts. 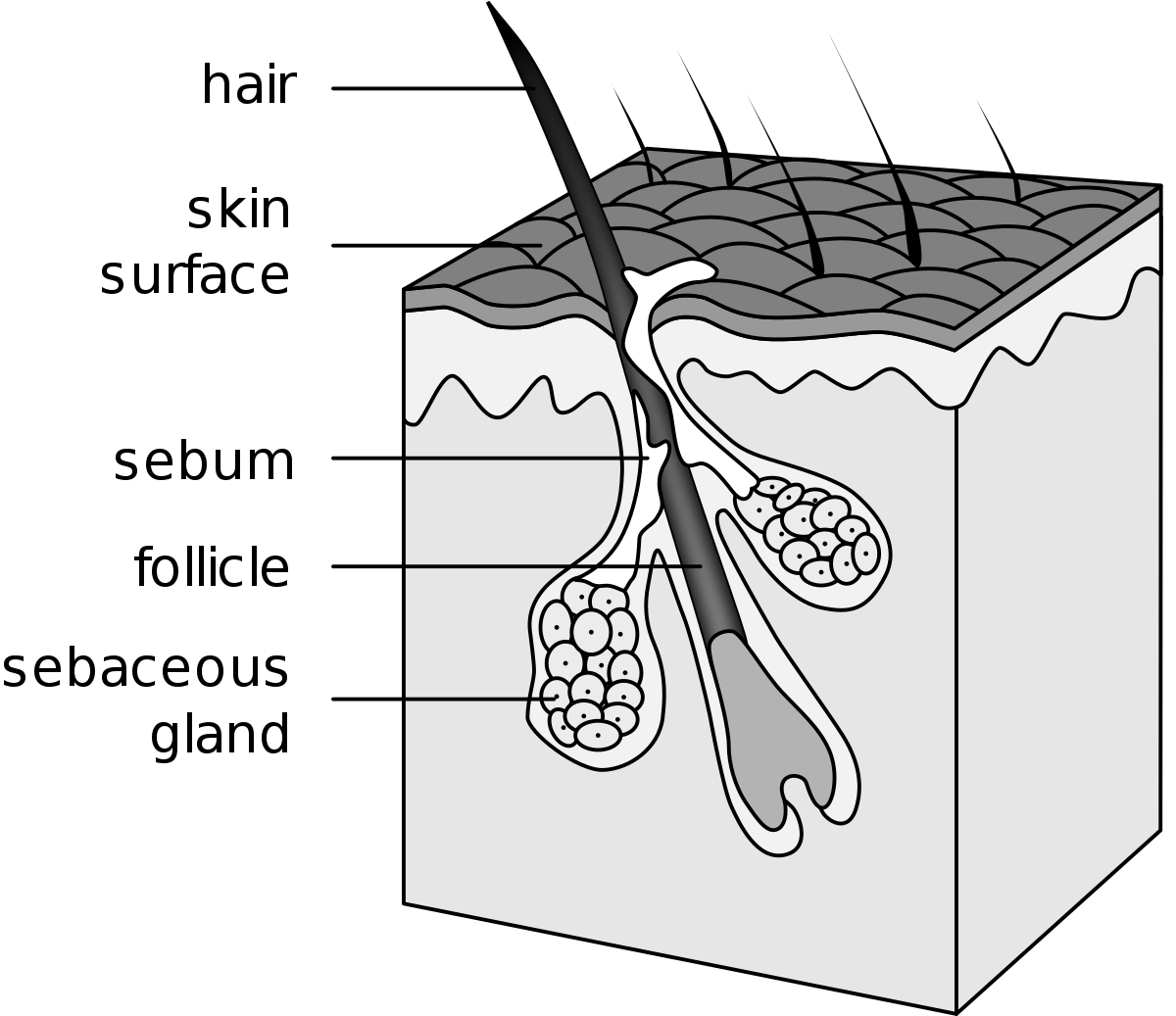 Usually, about 85% to 90% of our hair is in the anagen phase, with the rest in telogen, and it is normal to lose about 100 hairs every day. But in telogen effluvium, some kind of shock pushes more hair into the telogen phase, all at the same time. Around 30% of your hair may enter this resting phase which means, 2-4 months later, these hairs all begin falling out, all at (roughly) the same time. I did try to count my morning’s shed one day, after reading that around 300 strands can be lost each day with this condition, but quickly decided I had better things to do than count hair for hours. Instead I began documenting the loss by taking a photo of my hair-ball each day- not something I planned to share on Insta, but to track whether the problem was getting better or worse. 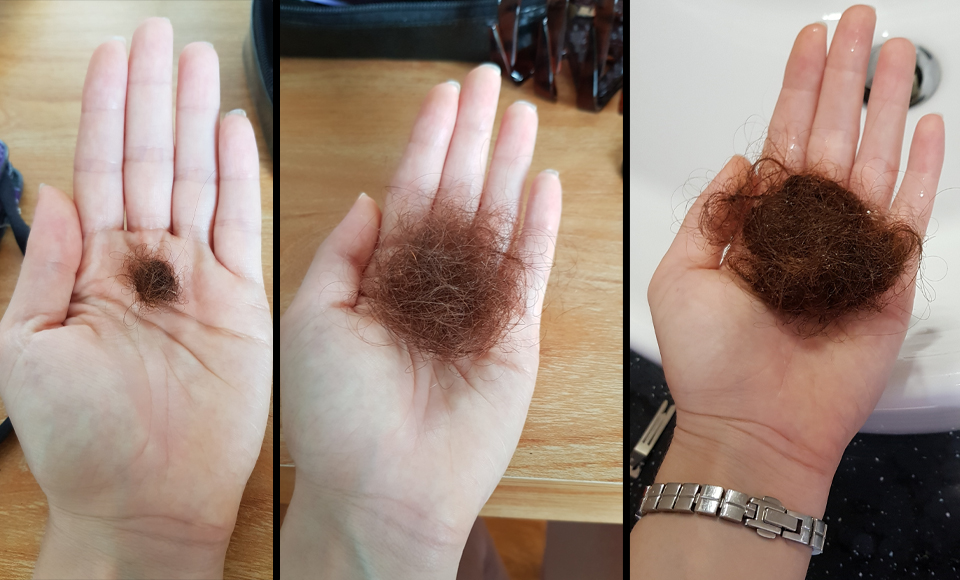 After a few seriously unpleasant weeks, where I dreaded washing my hair and began to notice thinning areas at the front of my scalp, the loss began to slow down and now, thank goodness, it is back to normal. The only remaining problem is the regrowth which is, thanks to my curls, determined to stick up at weird angles no matter how much I try to control it! But that left the question of why. What was it that had pushed my hairs from their growing phase into their resting phase, in around March of this year? The answer, I believe, was stress. Telogen effluvium can be caused by all sorts of things, from physical trauma or surgery to high fevers[1] or extreme weight loss. It is also common after childbirth, because of the massive changes in hormones. But I hadn’t experienced any of these things. What I had done was move half-way around the world at the start of a global pandemic. And doing that, it turned out, was pretty stressful.

When we are stressed or afraid, our bodies release a whole cocktail of hormones, which initiate the fight or flight reflex, causing changes that help us to deal with a threat, or run away from it. Our heart rate and breathing speed up to boost oxygen circulation, and our blood sugar level rises so that our muscles can work to their full potential. Any non-vital processes like digestion are shut down to conserve energy. In the short term, these changes don’t cause any harm, and may just help you outrun that hungry bear. But when the stress is ongoing, these beneficial changes can start to cause problems. And although we don’t know exactly how, it seems these centrally released chemicals, or others released by the skin and hair follicle itself in response to them, can push large numbers of hairs into their resting phase. Interestingly, stress can also deplete the melanin producing cells in the follicle, turning your hair prematurely white or grey, a process which seems to rely on the chemical noradrenaline.

It seems I’m not the only one whose worry about the pandemic has translated into hair loss. It has been reported widely amongst people who have had Covid-19- one survey reporting up to a quarter of sufferers experiencing it. This might have been due to the high temperature that is common with the illness, but dermatologists have also reported an increase amongst people who, like me, haven’t had the virus. Luckily, once stress levels are under control this condition usually passes, with hair growing back, as mine now is. But it just shows the power of our body’s stress response, and how important it is to manage it, as best we can, especially when the world is as much of a dumpster fire as it is at the moment.