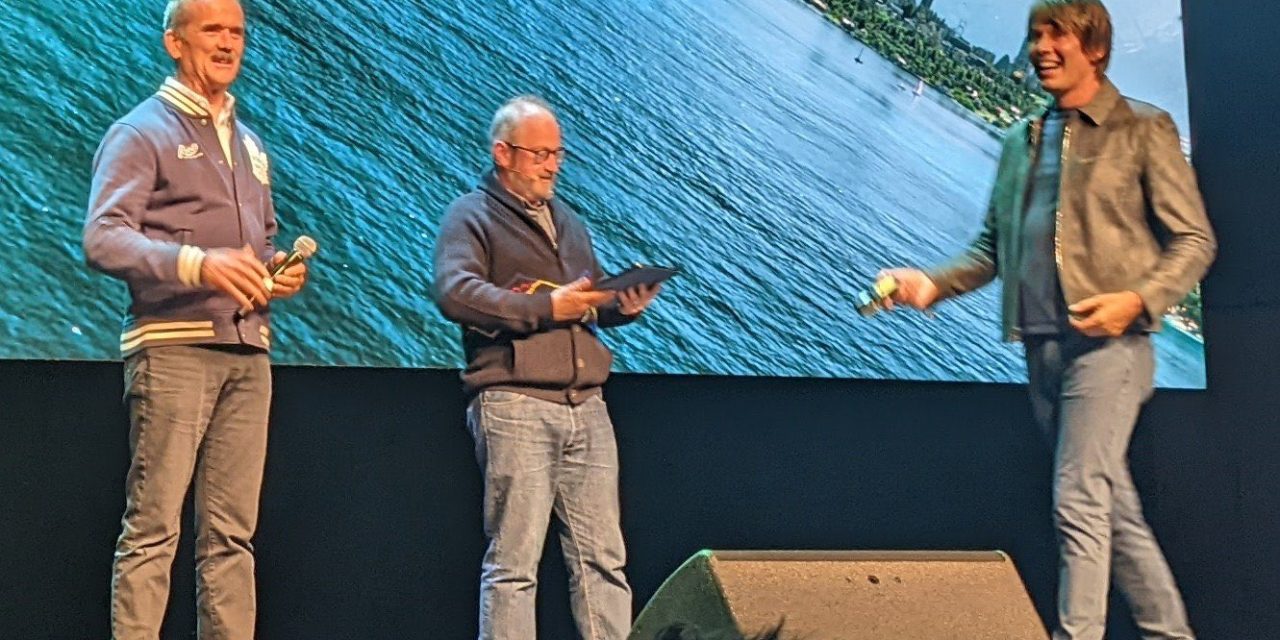 An Astronaut Storms the Stage in Toronto

Having an ocean of distance away from England, the pathetic and devious nature of the British press appears even more grotesque, Francis Bacon could not do justice to such monstrosities.

Their desire to regress, to please the most backward looking and bigoted people, to spray us with the fetid trough water of populism stinks even more from this distance. Like Brian with flat earth’s, I try to understand it from an angle of reason, forgetting that their morality is in perpetual superpositions. Should the Prime Minister be found guilty of breaking the law, it is an utmost impertinence to report it, “Don’t They Know There is a War On?”. But the clutching at straws to den inside the Labour Party through misogyny or curry takeaways, then the war is swiftly forgotten. Meanwhile, the USA seems to have predominantly more reasonable, but far less influential newspapers. Here, the Fox News style relentlessly threatens people with a culture war that won’t make a blind bit of difference to their life. Poverty will not be extinguished by dispensing with women’s abortion rights or demonising trans people. The hypocrisy is so overt it is hard to believe that it manages to persuade people. High profile podcasters give multiple platforms to those who consider “the snowflake generation” a far greater threat than the actual cancelling of human rights.

It is not surprise to see that some of those that squeal loudest about CANCEL CULTURE are also pro the canceling of women’s rights to abortion. They are only concerned about anything that has even the slightest potential to curb the dissemination of their misogyny, racism, homophobia or transphobia.

(Reading and article about the online bullying of a teenage actor in the new Dr Strange movie, this situation is aptly summed up – “Anyway, because we live in a sick, cruel, and discriminatory society, where personal freedom really only matters if it’s illogically thrown around as a bad-faith talking point…” )

Podcasters that I used to think had a reasonably steady state of mind seem eager to admiringly talk to people who barely veil their “polite” white supremacy.

Watching the possibility that Roe vs Wade will be overturned is deeply disturbing.

Fred Guttenberg, whose daughter Jaime was murdered in the Parkland shooting, tweeted,“please note, abortions are being banned before assault rifles. It’s not about the sanctity of life . It’s about control and power”.

Paul Rego is an artist I admire hugely and the despicable notions I read about today remind me of her incredible powerful paintings of women having to resort to illegal abortions. The prime minister of Portugal believed that it was a touring exhibition of these works that led to the change of opinion and law in his country.

I am looking forward to getting to Indianapolis to be reminded of the humane words of Kurt Vonnegut in the library dedicated to his memory, “Goddammit, you’ve got to be kind”. 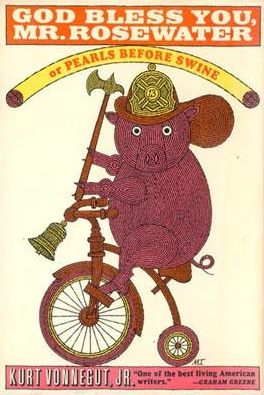 “Goddammit, you’ve got to be kind”, from Vonnegut’s God Bless You, Mr Rosewater

Today is a tour bus day, seven hours on the road from Montreal to two sold out gigs in Toronto.

The rickety country road we take for the first hour or so makes reading an impossibility, so I spend too ling on social media and then listen to Ursula K Le Guin’s The Wave in the Mind, an anthology of her lectures and essays about writers and readers beautifully read by Christina Moore.

Her first lecture is about the non-existence of women throughout much of his life, I am a man …. When I was growing up there were no women , women are a very recent invention … when I was born, people were men. The monologue reminds me of when Alice Lowe told me, “the problem is that people think men’s stories are for everyone and stories by women are just for women”.

As well as being pertinent and incisive, Le Guin often makes me laugh – “Hemingway was manly – the beard and the gun and the short sentences”. 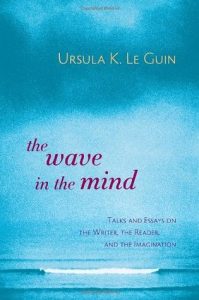 There is also a delightful piece celebrating libraries, where Le Guin recalls the excitement of being allowed into the ominous, yet inviting, adult section of the library after she had exhausted the children’s section. Taking a large biography of Lord Dunsany to the counter,  she wrote that the librarian gave her a look like the customs official in Seattle when he opened her suitcase and saw a stilton cheese.  She would also read the foreign language books even though she had never encountered the words before, “you can read a language you don’t know if you love it enough”.

She wrote that only a 15 year old can truly understand Baudelaire’s Flowers of Evil.

When I look out of the window at the farms, grain silos  and old wooden barns collapsing under the wight of their roofs, I romanticise it all. Everything becomes a frozen snapshot in time detached from the sweat, loans and foreclosures that are dotted either side of the freeway.

As we approach Toronto, I see 1970s company buildings standing alone and imagine them as the location for the sort of experiments that lead to stories like David Cronenberg’s Rabid just as each tower block in my imagination becomes the location of parasitic sexual shenanigans from Shivers. Cronenberg leaves a heavy cultural imprint on my views of Toronto.

Over a 4pm lunch, Brian tells me of the wonders of Micheal Thomas’s language courses and gives me a lesson in French grammar.

We walk the short distance to the venue in the grey rain to The Roy Thomson Hall. It is a venue that I am very fond of as I visit it each year for the Generator show with Chris and Evan Hadfield. I have met many fascinating minds – from people who set up body farms to the designers of prosthetic limbs for children that look like Iron Man’s arm to space archeologist.

Chris is joining us as a surprise guest tonight. I have set up the QnA with a question that will stump a particle physicist, but not a hockey loving astronaut – “From the ISS, can you see how badly the Toronto Maple Leafs beat Tampa last night?”

The Leafs had a striking victory last night and Chris was there. The crowd go wild when I introduce him on, splendid in his bespoke Maple Leafs’ jacket. 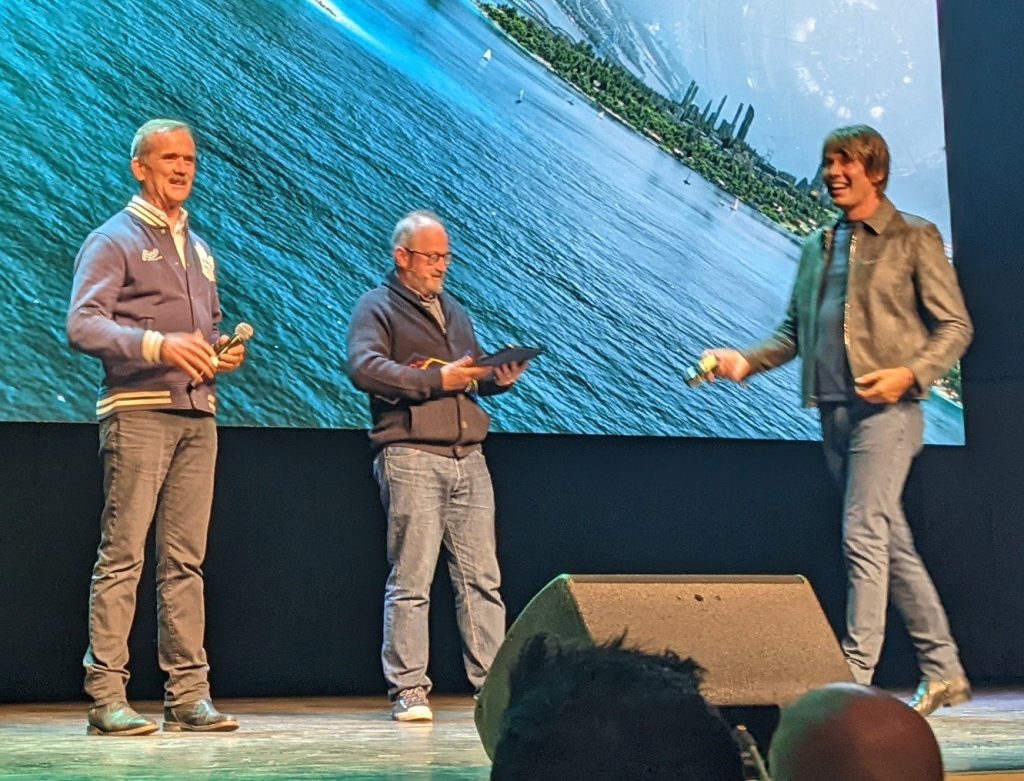 This is the largest North American audience of the tour so far and it ends with another standing ovation, so I know I can relax at the side of the stage for a while before taking my bow.

We all go for a drink afterwards and Chris says that he is always amazed by how much I do, so I remind him that he has been to space three times, recorded albums, written my favourite book on what it is to be in space and also a thriller about Apollo 18 while I have written a few jokes and a couple of poems. He is always delightful and educational company.

Brian drinks one more glass than normal, but our pal Steph has now arrived for the tour so that means we will box out the toxins in a drizzly park tomorrow morning.