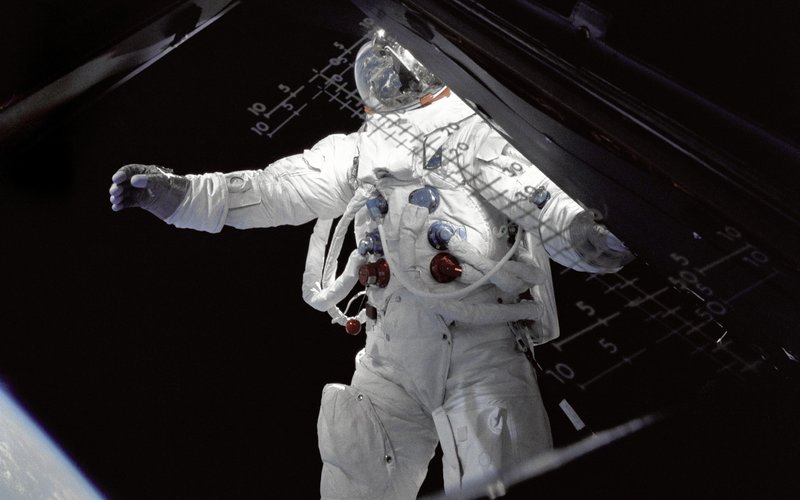 People keep asking us, ‘Which special guests are part of the lineup for the Space Shambles show?’

So today, we thought we’d let you know a few. Obviously, Robin Ince and Commander Chris Hadfield are the hosts, so that’s already pretty amazing.

But why stop at one astronaut? Why not another? And why not an Apollo astronaut at that?

Yes, you read that right. 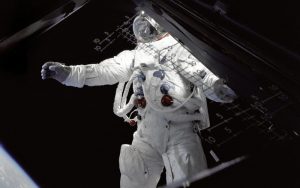 Rusty Schweickart joined NASA in October 1963, alongside 13 other astronauts selected in the agency’s third intake, and served as the lunar module pilot for Apollo 9 in March 1969, logging 241 hours in space and conducting the first test of the portable life support backpack used during Neil Armstrong and Buzz Aldrin’s subsequent lunar surface explorations.

A former U. S. Air Force fighter pilot, Rusty’s subsequent career has included founding the Association of Space Explorers – the international professional society of astronauts and cosmonauts – serving as backup commander for the first Skylab mission, in 1973, and establishing the B612 Foundation, which is dedicated to defending Earth from asteroid impacts. He also served as California Governor Jerry Brown’s Assistant for Science and Technology.

Robin said, “The story of human beings landing on the Moon is one of the greatest stories of human ambition and ingenuity. To have one of the people that made looking back on our own planet from this rocky terrain possible is a pure delight.”

“In the last few years, it seems the excitement of space exploration has infected a mass of people like benevolent alien spores. One of the main reasons for this new excitement is Commander Chris Hadfield who introduced so many people to the ways of life in space, but not Life on Mars as he chose to cover Space Oddity instead.

“This show, with astronauts, scientists, musicians and comedians will be a jubilant celebration of human beings reaching out further and journeying further to the stars.”

But we did say we’d let you know a few guests.

We’ll also be joined by Professor Jim Al-Khalili, the British scientist, author and broadcaster. Jim has been a part of many of live shambles and variety shows in the past so we’re delighted he’s popping down to the Albert Hall to talk space physics as part of the show. Professor of physics at the University of Surrey, Jim also holds a chair in the Public Engagement in Science, and is the host of The Life Scientific on BBC Radio 4 as well as being the author of many best selling popular science books.

And we’ll also let you know that Festival of the Spoken Nerd, the science-comedy phenomenon comprising stand-up mathematician Matt Parker, experiments maestro Steve Mould and geek songstress Helen Arney are going to be with us. If you’re not familiar with the Nerds, their show mixes “astonishing science with statistically significant comedy, plus experiments that electrify their audiences – sometimes literally”.

Lucy Noble, Artistic Director at the Royal Albert Hall, said: “We’re very excited to announce three great names for this unique one-off show in June. Space Shambles is an hilarious, uproarious and fascinating mixture of science, comedy and music, and these very special guests represent some of the most important – and entertaining – voices from across those worlds”.

We’ve got a LOT more special guests lined up as well, but we’re not going to tell you about those just yet. We might even just keep them as a surprise for the night itself. It’s going to be a hell of an evening.

Tickets for Space Shambles start at just £9.00 (seriously) and can be bought here.