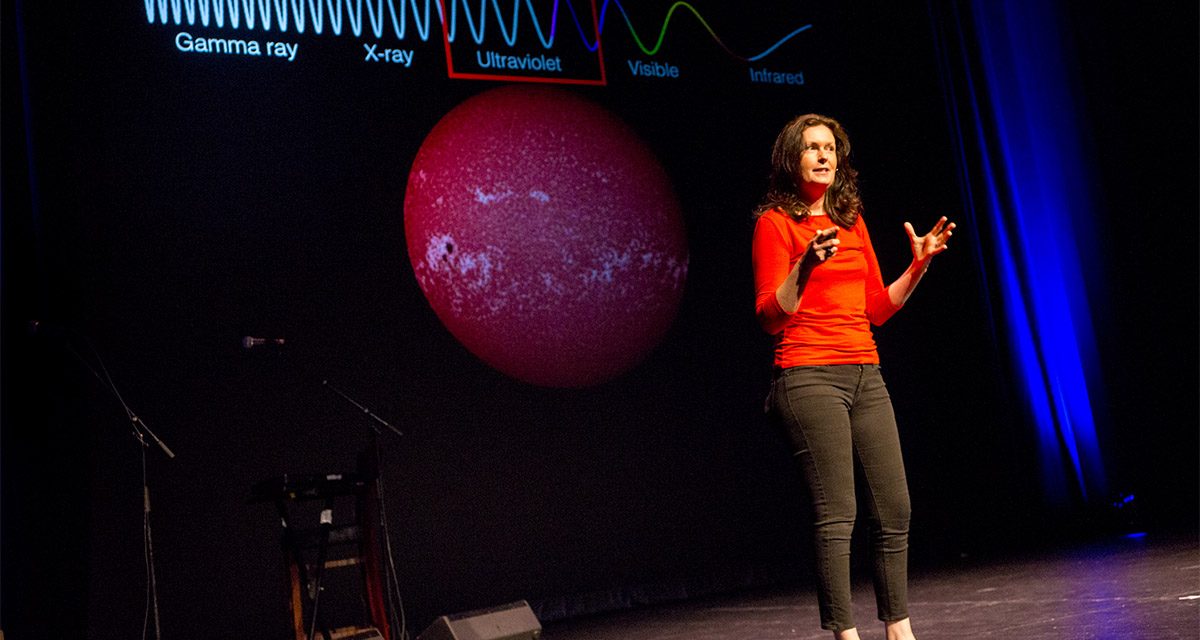 Before the final leg of the NZ part in Christchurch, the UK team were all fascinated to learn how old all the various bits of the theatre were following a hundred something years of different earthquakes.  Apparently there had been a small 4.2 earthquake in Wellington, during our show, but none of us had noticed.  We paid slightly more attention to the quake health and safety lecture here.

The puppet film rolled and then Robin Ince took the stage to welcome everyone to the show and talk about our time in New Zealand, the LHC and such things before welcoming our first speaker of the night.

Lucie Green arrived and spoke passionately about the sun, pictures of it and coming face to face with Skylab. 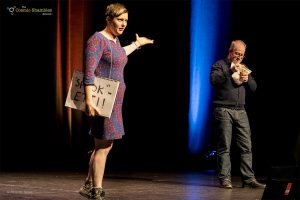 Stand up Matt Stellingwerf followed and talked about homeopathy and rugby. Weirdly, Matt would actually be in the UK before any of the UK cast or crew as he was moving there the actual day after the gig.

Josie Long, ably assisted by Robin Ince, was next along to conduct her very scientific experiment to conjure about the ghosts in the theatre.  For the fifth time in a row results were inconclusive.

Next was a musical guest.  When we were curating the gig back in the UK, and we discovered there was a great and funky band on New Zealand’s south island called The Shamblés it became quickly obvious we needed to have them on the bill in Christchurch. They delivered the crowd a high energy set that had everyone in a great mood.

As Robin Ince had mentioned a number of times on tour, most shows would end the first half with an upbeat musical number like The Shamblés had just performed.  But at Cosmic Shambles, we go into the break with mathematics.  And so it was Matt Parker calculating Pi with his actual pie and it seemed to be getting more and more accurate with each gig. 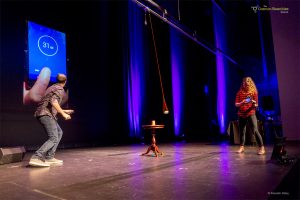 This time round the QnA panel that started Act 2 was Robin, Lucie, Shaun Hendy and Helen Czerski.

Helen stuck around to talk for the final time of the tour about bubbles and every day physics.  She wouldn’t be making the trip to Perth and would be staying in NZ to do a series of talks including one at the National Maritime Museum.

Josie Long returned to talk about retaking her Maths A Level course and exams in her late twenties at a London community college before introducing fellow political stand up James Nokise.  James had an addendum to his usual set tonight to pay tribute to the great NZ satirist John Clarke who had passed away earlier in the day.

Shaun Hendy returned to the stage next to talk of complex systems and why different cities negotiate sidewalks and revolving doors differently.

Next up came Dr Brittany Cardwell, a stand up that also happens to be a scientist with a PhD in psychology, with her take on Stockholm Syndrome and the like.

Michelle Dickinson was our final scientist of the evening who dropped bowling balls on panels of glass and explained why the Titanic sunk with the help of some liquid nitrogen and a mallet.

The final performer of the evening was one of the biggest and best voices in the country.  Soul and jazz singer Hollie Smith delivered a powerhouse acoustic set to round out the evening.

And with a final farewell from Robin and Josie, a thank you to sponsors and a shout out for Doctors without Borders that was it for NZ.

Next it was back to Australia for the final show of the tour in Perth. 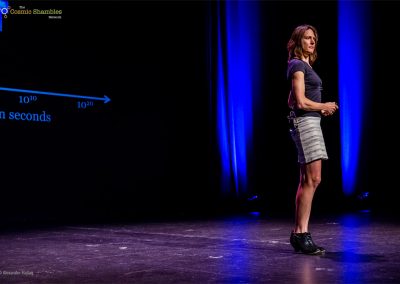 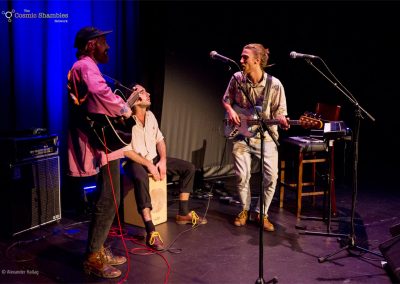 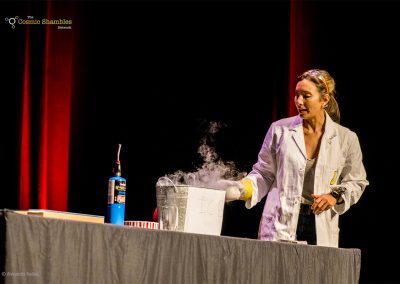 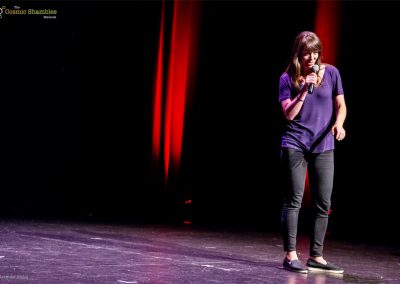 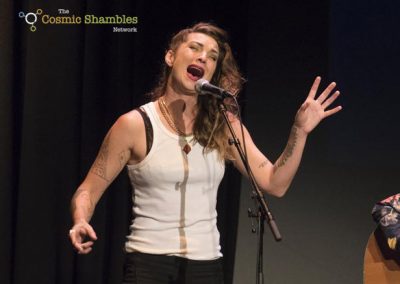 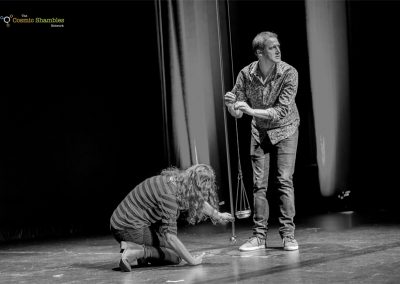 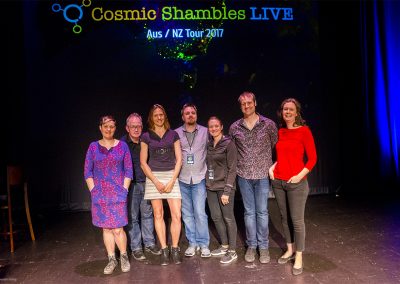 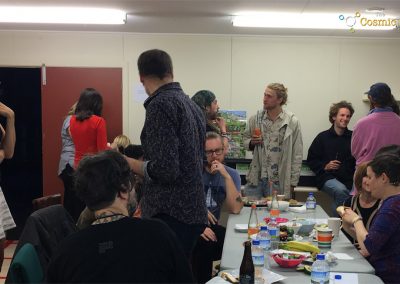 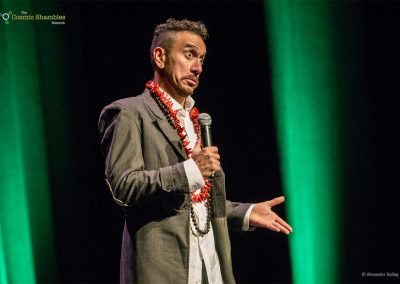 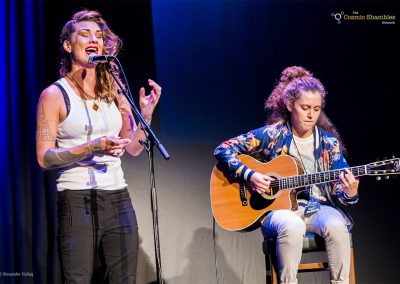 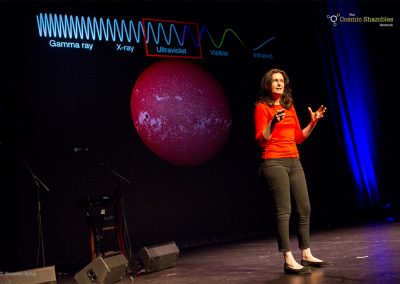 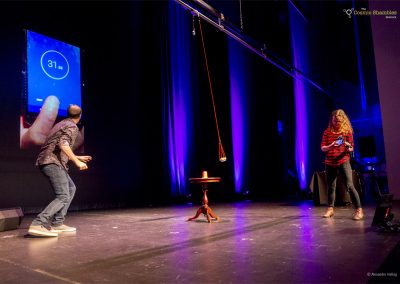 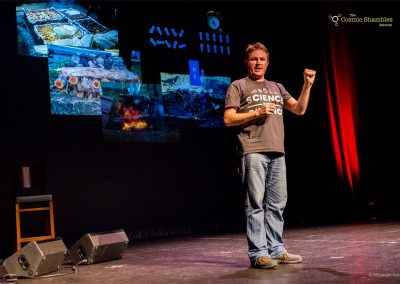 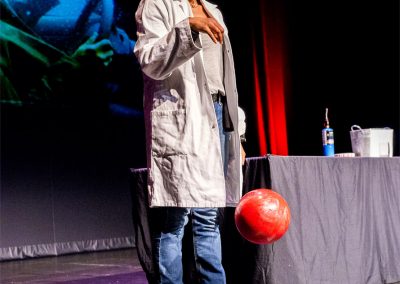 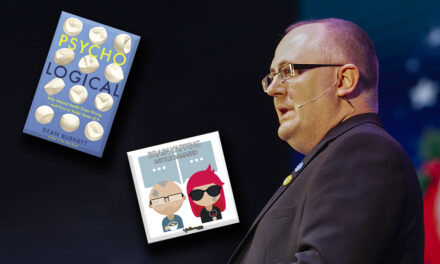 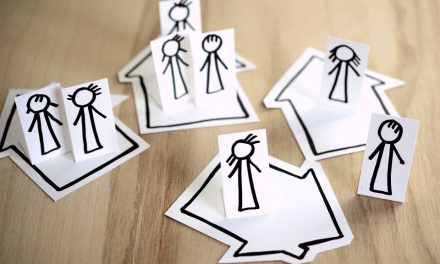