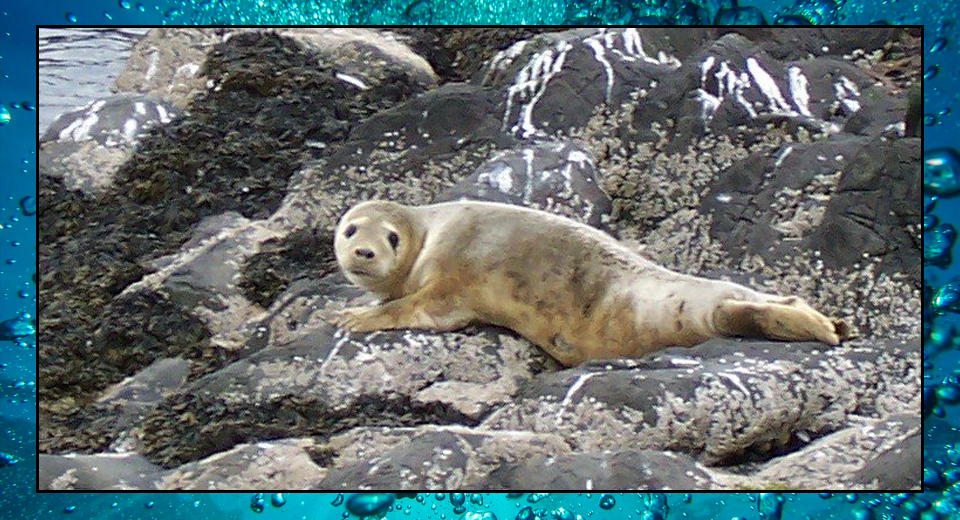 We were sent some lovely pictures of seals

This one was sent in by @MelvynJohnJone2 , taken in the Farne Islands off the Northumberland coast.

Seals may look clumsy on land, but in the water they’re stunning swimmers, masters of their aquatic environment.  Some species dive to several hundred metres to go fishing, several times a day.  And this makes many physical oceanographers envious.  When it comes to the ocean, we are generally data-poor.  There are now fleets of satellites that constantly monitor the ocean surface, and although that’s fabulous it’s still only the surface.  To find out what’s going on underneath, we rely on research ships lowering sensors over the side, or autonomous devices like the awesome Argo floats that bob around beneath the ocean surface and send data home every nine days (http://www.argo.ucsd.edu/About_Argo.html).

But the seals are just buzzing around in the water, frolicking in all the places the ocean scientists would love to reach.  This is particularly frustrating near sea ice, because an automatic experiment is likely to hit the ice when it comes up to the surface, getting stuck or damaged.  It matters because Earth’s ice is changing so fast (both glaciers and sea ice) and so we really want to get underneath to understand what’s going on.

It turns out that the seals can help.  For the past 20 years, scientists have been gluing simple scientific sensors to the back of the heads of a few seals each year, so that science can go with the seals on their travels.   The sensors are small – about the size of a smartphone – and they’ve got an antenna on top that can send data home via satellite when the seal comes up to breathe.  The sensor falls off when the seal moults, and studies have shown that they don’t seem to bother the seals at all (and there’s a strict ethical process to go through before anyone is allowed to attach anything to a seal).   The sensors only measure temperature, salinity and depth, but those are the critical parameters that can tell you about the inner structure of the ocean.  For example, near the Thwaites glacier in West Antarctica, scientists think that a mass of deep warm water is creeping upward, towards the surface and the glaciers that protrude out over the ocean.   Seals in this area have sent back thousands of data points, filling a pretty significant gap in the data collected using other methods.   Understanding the seal’s behaviour and their local area better may also help seal conservation efforts in the long run.   And since the seals don’t bump their heads on sea ice whenever they surface, the sensors can stay attached for many months, providing a really good map of the seal’s local area.  It wouldn’t work on a large scale, but I like the idea that a seal’s curious nature and athletic diving ability can help us understand their ocean world.

There’s an international project to share all of the ocean data collected by marine mammals, and it’s called “Marine Mammals Exploring the Oceans Pole to Pole”.  You can find out more about it at their webpage here:  http://www.meop.net/  .