The Cable(s) That Save Christmas – Sea Shambles Advent Day 22 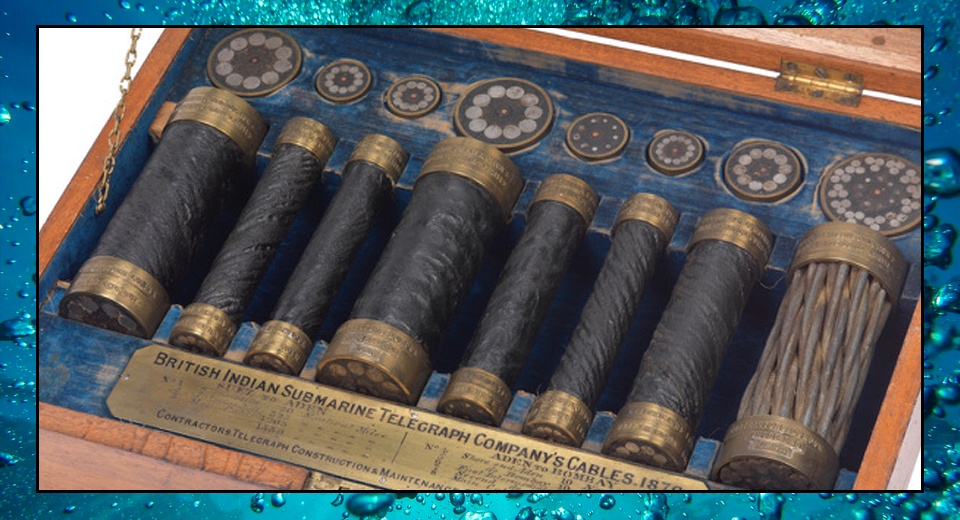 The Cable(s) That Save Christmas by Laura Boon

What is the link between our love of Christmas movies and the sea?

We all have our favourite Christmas film but long gone are the days of hiring a video, or even buying a DVD, instead we utilise the wide range of streaming services available.  Surprisingly every film you stream over the festive period, and beyond is likely to have been transmitted using under the sea cables (submarine cables).

Likewise, if you are calling overseas friends or relatives on your mobile, frantically googling for the mince pie recipe, or uploading your embarrassing work Christmas-party photos to the cloud, it won’t be satellites transmitting this data – once again unseen it will be the network of undersea cables facilitating this. The cables are laid on the sea bed connecting shores.

But why don’t we rely on satellites? The main reason is cost; satellites are still prohibitively expensive for the high quantity of data we consume but also have higher latency.

The first submarine cable was laid in the 1850s and quickly revolutionised the world.  Although the first transatlantic telegraph cable in 1858 was very slow, taking over 17 hours to deliver the first message, as technology improved messages that would have previously taken ten days by mail ship between America and Europe could be transmitted in minutes. The early transatlantic cables were a core of copper, then coated in Gutta Percha (a rubber like material) before being insulated in materials such as Hemp.

At the National Maritime Museum Greenwich, not only do we have an extensive collection of submarine cables but we have also have a strong local connection; at its height over ¾ of the world’s cables were produced right here is Greenwich and even today there are cables produced just down the road from the museum.

There are over 370 cables currently in operation (the number is frequently increasing). You can see the extent of the cables here – https://www.submarinecablemap.com/#/submarine-cable/shefa-2

The modern cables no longer use copper to conduct the messages instead utilising optical fibres. One of the latest projects, the Marea cable, cofunded by Microsoft and Facebook, is a 4000-mile cable crossing the Atlantic and has the capacity to stream 71 million high-definition videos simultaneously – more novelty cat videos than even I can watch during my Christmas break.

So whether your favourite film this time of year is Elf, White Christmas, or even Die Hard just remember how far it has had to journey under the sea to get to you.

Laura Boon is the Lloyd’s Register Foundation Public Curator:Contemporary Maritime at the National Maritime Greenwich. You can see examples of the early submarine cables and many other fascinating objects (from a goat’s medal to a pocket watch worn on the Titanic) in the museums new Sea Things gallery.