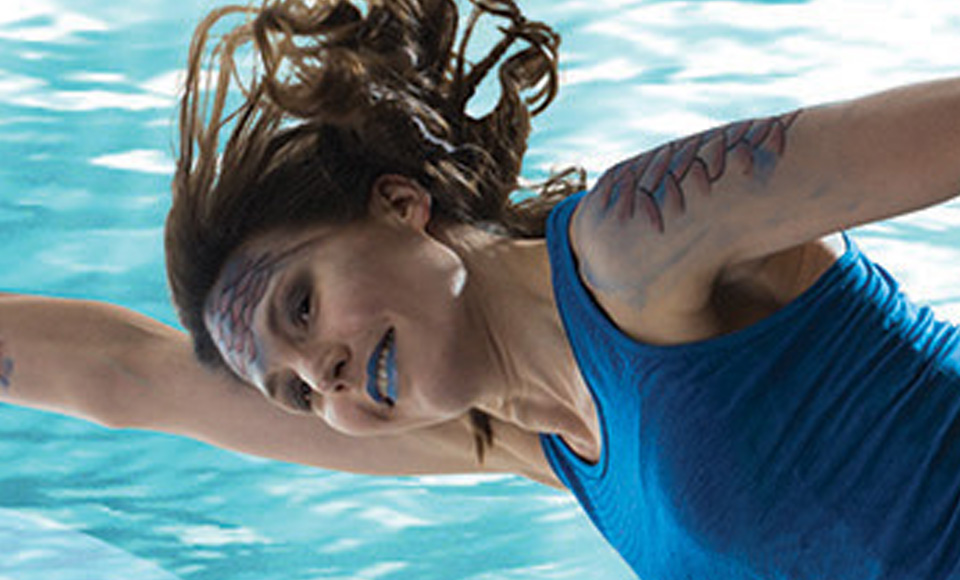 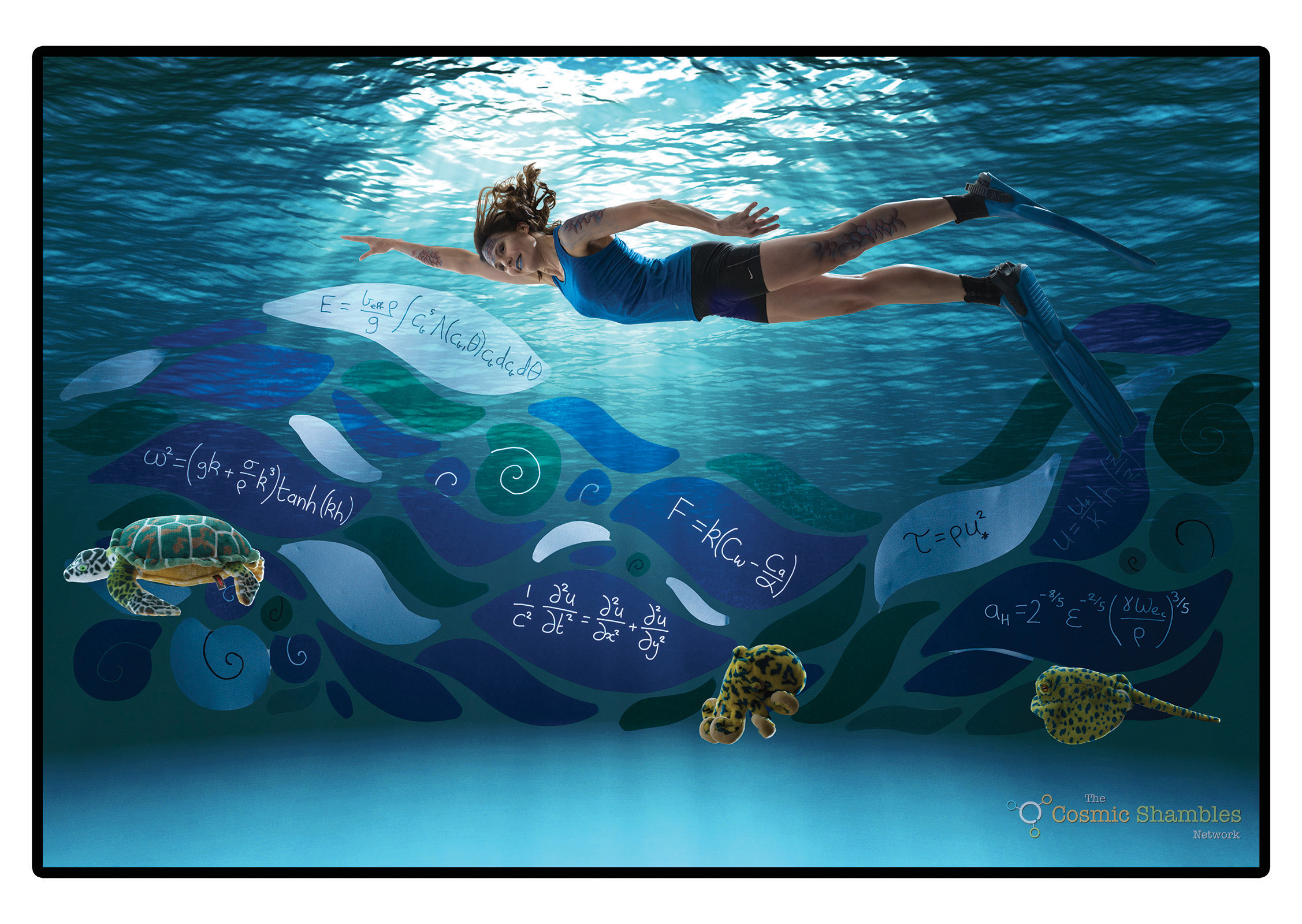 “There’s all this science to dive into”.

Helen is one of the most recognisable and passionate presenters of science in the UK. She is particularly excited by the physics of the everyday world and the oceans. She wrote all about it in her first book Storm in a Teacup. She has fronted a huge number of her own science television series for the BBC and conducts talks all over the world. Her academic home is the University College London.

My superhero is me diving into a sea of equations because I have great enthusiasm for all these things and I’m at sea when I…I study bubbles and the physics of bubbles in the ocean and how they help the ocean breathe and I…this is what my job feels like, in that when I approach a new topic or a new part of my subject, there’s all this science to dive into.

But also I work at sea: I go to sea, I work from ships and it’s a very physical thing, there’s this idea that scientific knowledge now, it sort of comes, it emerges, it just arrives, you know, you Google it and there are numbers, and actually someone had to collect it, someone had to work it out and so me diving in is that process of how you find knowledge, you just…you get immersed in it, immersed in the situation and you explore.

A Sea of Equations

So I picked out two (equations). This is the first one:

This one, this is basically my job in an equation and this equation, it says something very simple: the ocean is breathing, there are gases coming and going across its surface, so oxygen and nitrogen are generally going down, carbon dioxide goes up or goes down, so the oceans act a bit like a pair of lungs, they’re helping gases come and go between the ocean and the atmosphere. And the amount of gas that comes and goes is on this side here [pointing to the F at start of equation].

And then this [pointing to the rest of the equation] is how we describe all the gas that comes and goes and it depends on breaking waves and bubbles and how many storms there are and whether there’s swell at sea, all these processes that mess up the ocean’s surface that help gases come and go. So that’s all in this bit, actually, just in that one little letter there [R], it’s all very hidden away in one very innocent-looking letter. But this, if we want to understand how the ocean breathes, this equation is how to do it. How much carbon dioxide is going down into the ocean, that is contained within this equation. So this is an important one.

And then this equation:

is one of most physicist’s favourite equations, it’s one of my favourite equations because it is very elegant, and this is what a physicist would call the 2D wave equation. And what that means is, if you have a surface that’s like the surface of the ocean and you have waves travelling across it and they could travel that way or they could travel that way, this is the equation that encapsulates everything about how a wave travels. A wave must always be travelling, that’s the nature of it, it’s moving energy, and this equation describes how the speed of the wave which is down here is related to how the shape of the wave changes in time and in space. So it’s a very compact formulation but it brings with it a very big idea, which is that energy moves in waves and all waves – all two dimensional waves – will follow this equation. There’s only one way of having a wave and it’s a thing that does this, and it might happen in one dimension or two dimensions or three dimensions, or even more if you’re someone who deals in higher dimensions, but it’s fundamentally the same thing and this is what it is.

Progress around women in STEM

I never really thought about the opportunities I’ve had in a way, because you don’t, but do remember the night before I got my final fourth year results as an undergraduate, so that was my degree result, and I remember sitting on the stairs in the student house I was living in and it really occurring to me for the first time that completing a physics degree was something that I was the first female in my family to have had the opportunity to do. My mother had started a degree at a time where things were very different, and she did some maths and physics but she never really did as much of it as she could’ve done, and her mother didn’t have the opportunity to do any technical studies and, you know, there are all these women who are bright and capable and intelligent and this thing…having finished a degree in physics, it was weird to be the first one, to think, this is a privilege that so few of them have had and yet many men have had that privilege, right? Many people in one half of society might…I mean there’s lots of people that go to university for the first time, they’re the first one in their families and that’s really important, but even 20 years ago, if you told someone, this is a person with a degree, they would expect that they would be male.

And that’s changing, and the thing I noticed is that, I used to…you know, you go to events, social events, and you’d say, people would say, “what do you do?” and I’d say, “I’m a physicist”, and they’d say, “I hated physics at school” and it was the first reaction, it was like, automatic, programmed in, “I hated physics at school”, that was the first thing they thought when hearing that word. And now what people say is, “ah, my kid really likes physics” or “my neighbour’s child really likes physics” or “my neighbour’s child really likes science” and so they’re not admitting usually whether they’ve got a relationship with science, but the next generation think it’s OK and so that…I think that’s progress. 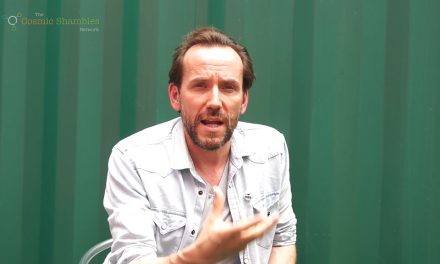 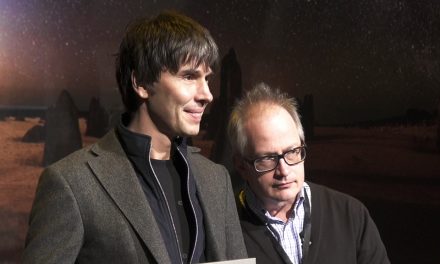 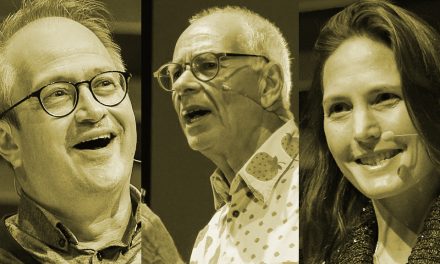 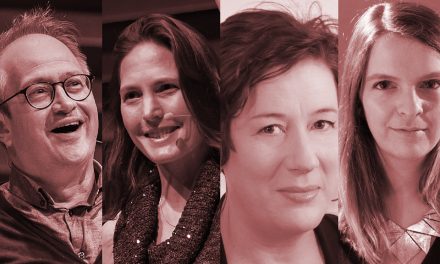