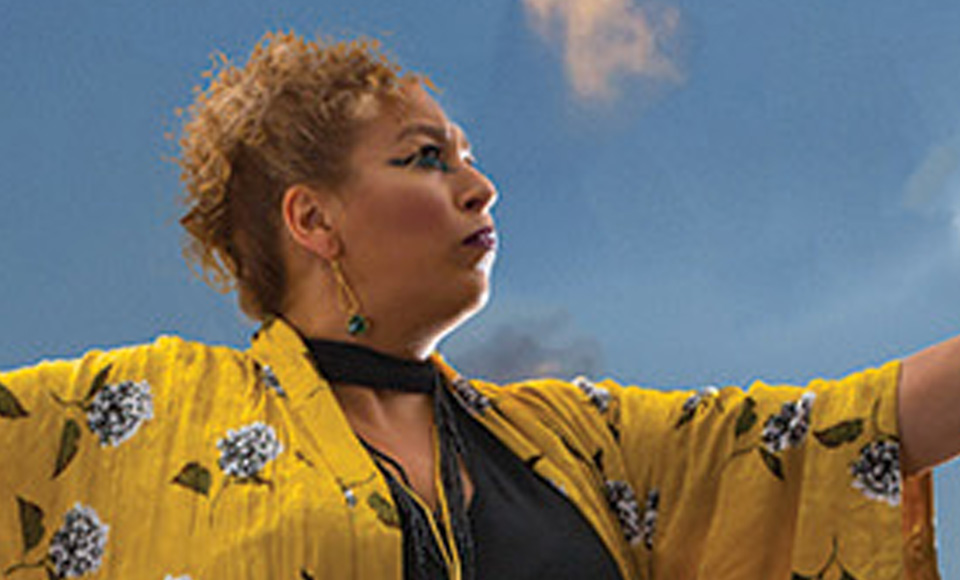 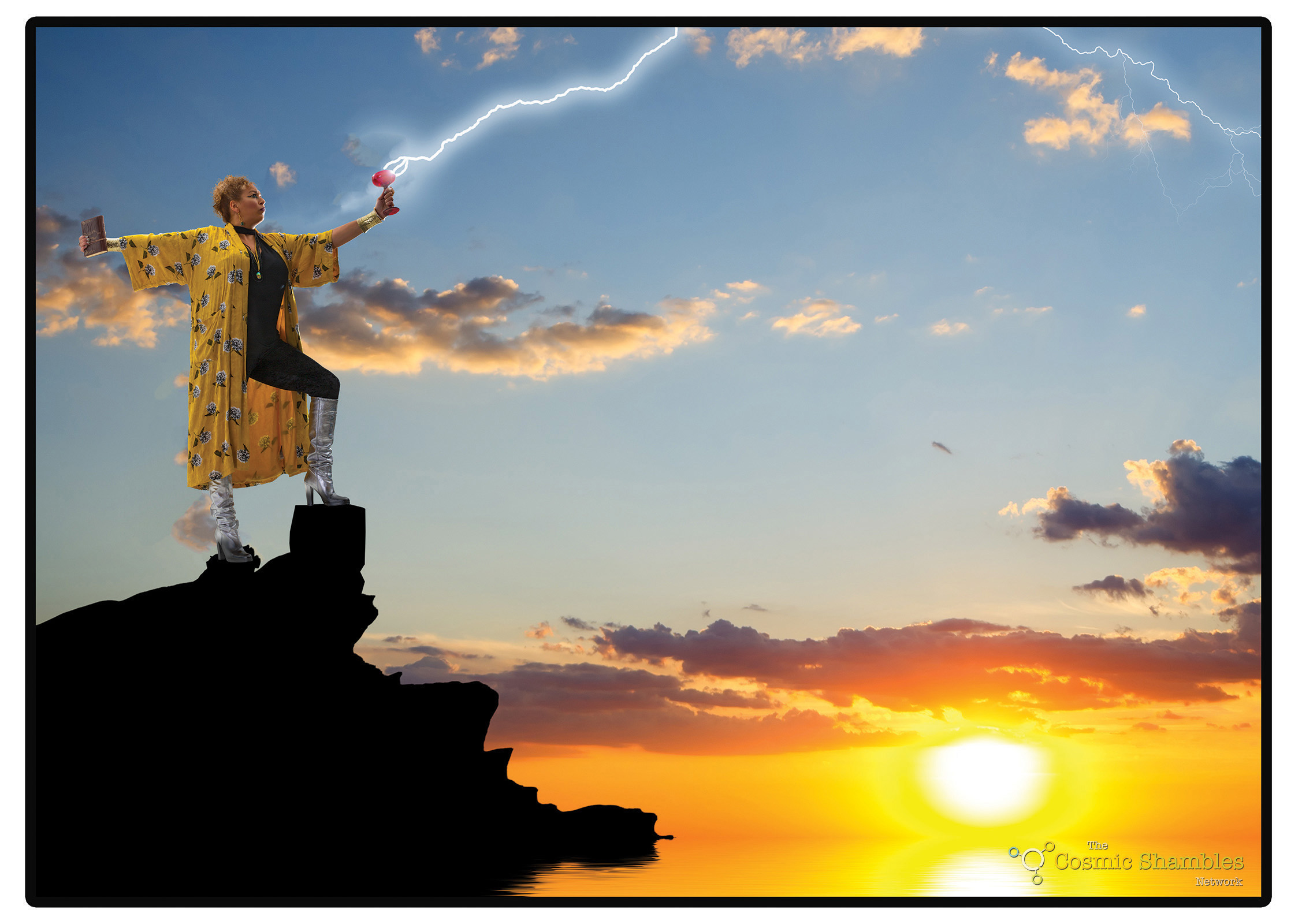 “My superpowers are to protect books and booze”.

Salena is one of the most prominent poets in the UK. Her work has garnered incredible acclaim including being shortlisted for the Ted Hughes prize and The Guardian Short Story Award. She regularly appears on a variety of radio and television programmes for the BBC and some of her most well-known work includes Springfield Road, Blue Cornflowers and Shade which she wrote for the bestselling anthology of essays The Good Immigrant.

My superhero is the secret lovechild of Themis and Bacchus and so my superpowers are to protect books and booze.

I’m just sort of playing but I just wanted to…I think a lot of the work I do is kind of enabling women to write, get women writing and talking and performing their poetry, I’m a big fan of pushing for more women to be published, to see more women in print, to see more women on stage. It’s changed a lot in my time, I think I’ve been doing poetry since 1994, it’s changed a lot, there are more women of colour, there are more women, poetry is very much a boy’s gang, particularly in the 90s, but I want to really push that change and get more voices. My superhero is the voice for the voiceless and to sort of battle apathy, because I think poetry is really important now. We’re in quite a sticky situation all over the world, literacy for women, basic literacy right through to being creative with literacy, with books, with poetry, with writing, with reading and writing.

The Good Immigrant is a collection of 21 essays, it was edited by the fantastic Nikesh Shukla who we all adore, I love Nikesh, and he got 21 of us together to write on the theme of the title, The Good Immigrant. The book was a huge success, it was very exciting. Now they’ve just funded The Good Journal, which is going to be coming out four times a year, which is going to have all kinds of writers of colour and that’s gonna be really exciting, not just writing about race and colour but writing very broadly on all kinds of subjects, I’m really excited about that. So that’s kind of continuing that work and to sort of get more marginalised writers a crack of the whip and sort of broaden our reading and listening.

Yeah, it’s a follow up but it’s not a follow up. In my essay in The Good Immigrant, my essay was titled “Shade”. I used a phrase, “we tick other” as a kind of chorus throughout the essay. And so they are putting together…Unbound is a crowdfunded publisher and they’re putting together a collection of essays of people writing about being “other”, so not just through race, it can be through class and sex and gender and religion and disability and opening up that spectrum of feeling other and belonging in the unbelonging and being an outsider. So that’s really exciting, I’m very excited to be invited to write for that, this will be my third book with Unbound. I think Unbound are fantastic publishers because they’re really trying to push marginalised writers, women writers, writers of colour, so I’m proud to be doing a third project with them, so that’s great.