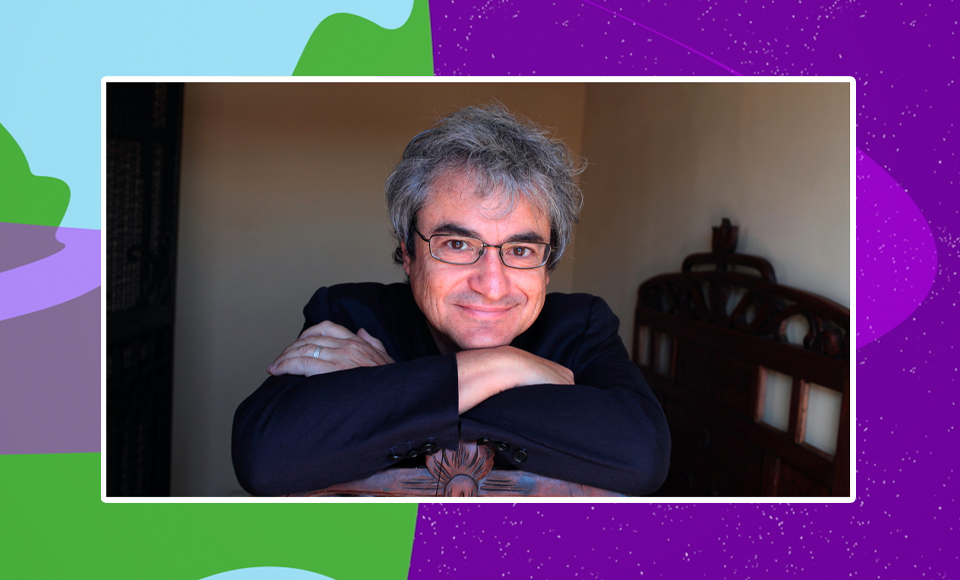 Tips for Existence
‘I believe that everything we come across has an impact on the meaning of the life’.

Carlo Rovelli is an Italian theoretical physicist and popular science writer. His work is primarily in the field of quantum physics and quantum gravity and is a founder of loop quantum gravity theory which aims which aims to merge quantum mechanics and general relativity. He has also worked in the history and philosophy of science and is one of the best selling popular science authors in the world. His book Seven Brief Lessons on Physics, is a multi million copy bestseller and has been translated into 41 languages. His latest book is Helgoland which traces the story of quantum physics and its revolutionary founders. In this episode he talks to Robin Ince about his rebellious youth that lead to physics, why he’s not afraid of death and the power of the smell of books.

Once the meaning of it all was simple, if at times also cruel and/or barbaric. The Universe was made by a god, sometimes omnipotent, sometimes fractious, sometimes both. Now, as we explore the Universe and start to explain ourselves, the Universe has started to lose it single meaning and we have to find individual meanings ourselves. This is Tips for Existence where Robin Ince talks to cosmologists, composers, astronauts and authors about what gives them meaning.