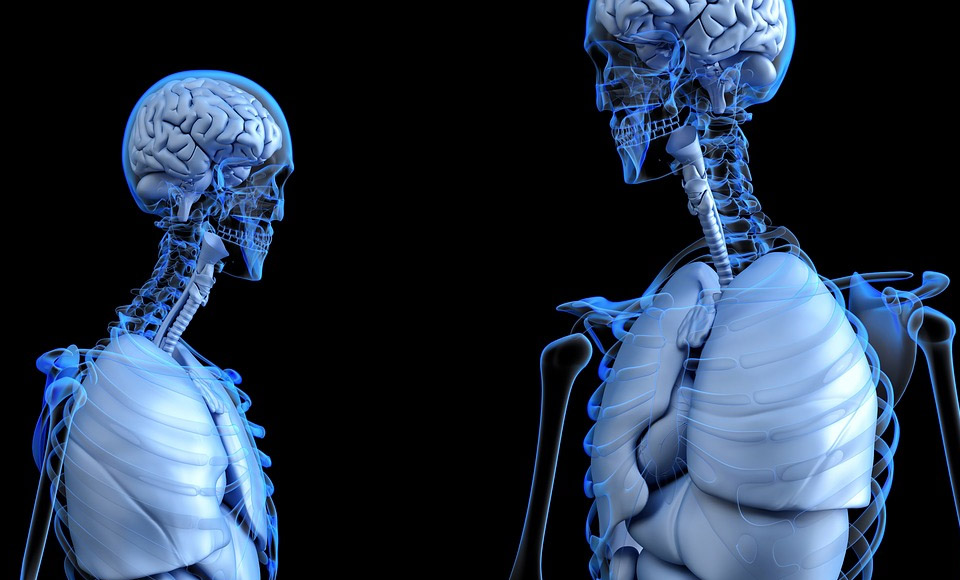 Male and Female Brain Differences – Must We Keep Doing This?

A recent large population study claims to conclusively prove that male and female brains are different. Of course, it does no such thing.

A recently released study from the university of Cambridge claims to show that male and female brains are clearly very different. In a huge study of over 600,000 people, the data obtained showed that men tend to be more analytical and ‘systemic’ while women tend to be more emotional and empathetic, thus providing clear evidence for controversial theories about the differences between male and female brains.

I know this, because I was on Sky News being interviewed about it earlier today (at time of writing).

Those who saw my interview will probably have noticed that I am not exactly supportive of the study or its findings.

In fairness, it’s not the first study to conclude that male and female brains are different based on questionable data. Nor is this the first time I’ve argued against such efforts. And yet, here we are, caught in another press cycle that provides needless ammunition to the battle of the sexes.

So, what’s wrong with this particular study? Quite a few things, as it happens. But there are also some major issues with the ways it’s being reported. Here’s a basic rundown, from my perspective.

It doesn’t look at brains, at all

A lot of the coverage states that this study shows clear differences between male and female brains. But… they didn’t even look at anyone’s brain! All the data collected was obtained via questionnaires, usually no longer than ten agree/disagree questions long. That’s hardly the most rigorous assessment. Not to say it’s totally without merit as a method, but to take information from a short list of questions with binary options and declare that this reflects the underlying structure of the brain itself, that’s quite a leap.

It’s tricky to do this with information from intense scanning studies, so to do it with the marks in a few tick-boxes is quite a ballsy move.

A lot has been made about the size of the study. Over 600,000 participants is pretty impressive, and will undoubtedly yield a lot of information to work with. But, as the previous point shows, this information is only as useful as the methods used to collect it, and if those are limited in scope and application, then any conclusions are going to be similarly limited.

Basically, even if you got as many as 100 million men and women to toss a coin, you couldn’t use this data to show one sex is better with financial issues.

The researchers in the press release do confirm that the data from their study doesn’t actually reveal what the cause of the sex differences demonstrated. It could be genetic, it could be hormonal, it could be influences and pressures from the culture in which we develop.

However, this admission is rather brief and offhand in all the coverage I’ve seen, which instead focuses on the ‘clear differences’ between male and female brains, despite the whole ‘not actually looking at brains’ aspect.

But the possibility that this is purely a cultural thing cannot be overstated, and is, in my informed opinion, a substantially more likely explanation for any differences in the data. As many have pointed out, the conclusions being declared are based on averages, which is standard practice. But the data itself is all over the place.

As Professor Cordelia Fine (author of Testosterone Rex) pointed out; “sex differences are such that were you to choose a man and woman at random, their scores would be counter to expectations, with the man scoring higher than the woman on empathy about four times in ten”. 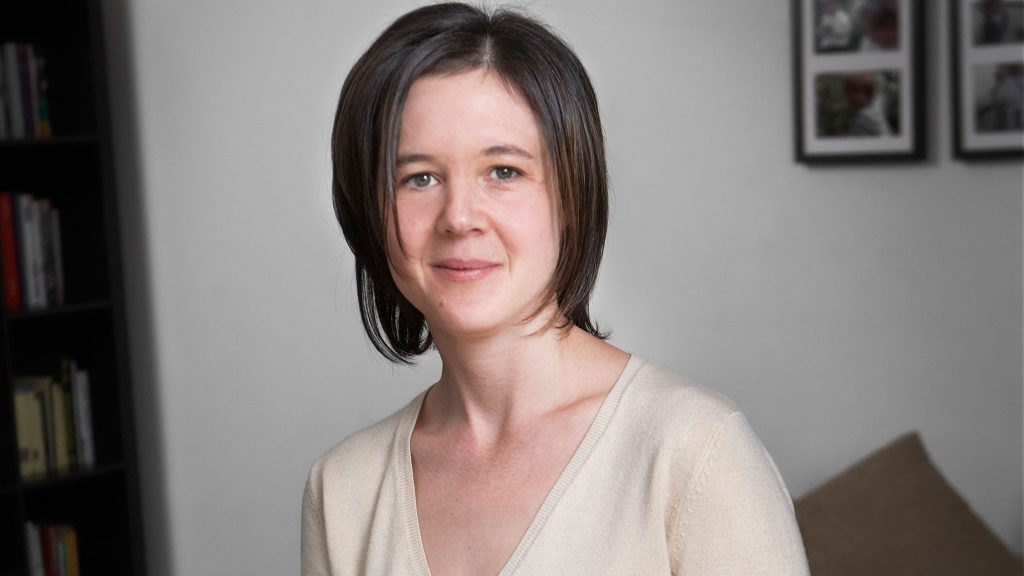 Basically, if men and women’s brains were fundamentally, structurally different in the ways argued here, you’d surely expect to see a much more even tendency towards being analytical and systemic? Same with women and empathy. But you don’t.

A much more realistic explanation is that we live in a society with a strong gender divide which is reinforced from day one, so all the adults in the study have developed in such a context and unavoidably internalised, to varying degrees, many of these cultural norms, i.e. women report being more emotional because they’re so often told by the world that they’re supposed to be, despite this being bollocks.

This also further highlights how the vast size of the study is of limited use and doesn’t automatically make the findings more valid. If I were to run a study 10 times this size in, say, India, and then declare that everyone has a Hindu brain, I’d be laughed out of the room.

But that’s not really that different to what’s going on here. 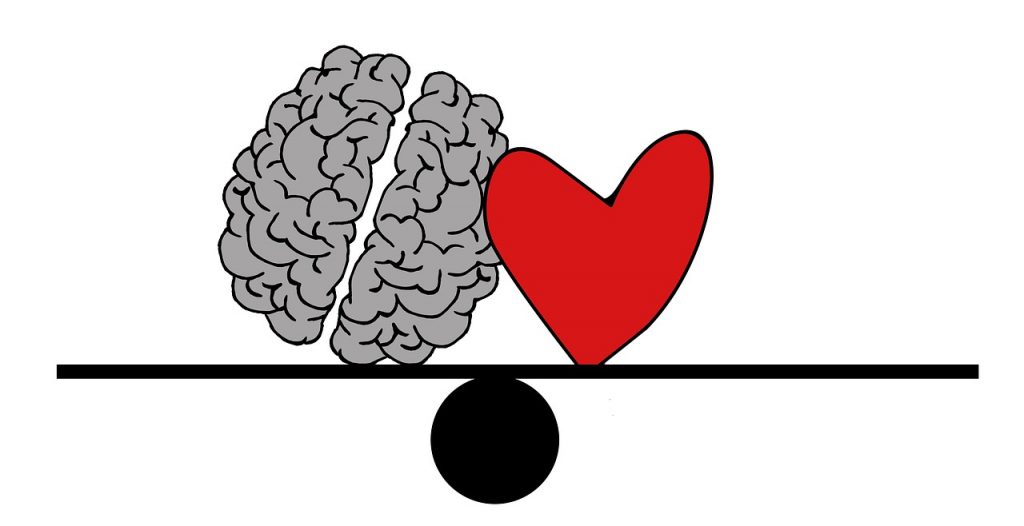 Firstly, the researchers state in their paper that this study was actually run via a website constructed by Channel 4 for a TV show called ‘Are you Autistic?’

No disrespect meant to Channel 4, but I’m guessing they didn’t do this purely to satisfy scientific curiosity. When a TV channel does something, it’s usually in order to make good (or at least attention-grabbing) TV.

This also means anyone filling in the survey must have been aware of what it was about up-front, so their answers have to be considered in that context. Filling in a random survey about your traits is one thing, filling it in with the question ‘am I autistic?’ at the forefront of your mind is quite another. This is another limit with self-reporting.

Also, this study appears to be led by Professor Simon Baron-Cohen, responsible for both the empathising-systemising theory of brain function, and the ‘Extreme Male Brain’ theory of autism. The press coverage of this study states that it provides clear evidence to support both these theories.

What an incredible coincidence!

I admit I don’t hold any stock with simple explanations of how the brain works, and have seen plenty of people be both very analytical and extremely emotional, so don’t see them as mutually exclusive. And the ‘extreme male brain’ theory of autism, which argues that autistic traits like poor emotional cognition and enhanced analytical tendencies are caused by exaggeration of male tendencies, that does seem like a rather questionable one.

“Autism is due to exaggerated male traits, because analysis and poor emotional processing are inherently male traits”

“How do we know they’re inherently male traits?”

“Because everyone says so”

I don’t know everything that went on behind the scenes obviously, but taken as whole, I’d find it very difficult to believe that there was no bias, reverse engineering or cherry picking going on here.

Thing is, even if it’s proven that this whole thing was more about making headlines than any actual scientific merit, then it’s succeeded on that front. This is the third thing I’ve done about it today, and I’m just one guy.

And of course, very few other people are going to dig into the minutiae. They’ll just see the ‘men have more analytical brains’ headlines and soundbites and take this is proof of their existing sexist assumptions and prejudices. I’ve already seen it being presented as proving the point of James Damore, that chinless ‘Women Can’t Code’ dipshit fired from Google.

The fact that women invented coding seems to escape a lot of people, so arguing that female brains aren’t good at it is like arguing the Wright Brother’s had brains that couldn’t understand flight. And it further reinforces the dominance of cultural influences rather than biological ones; women’s brains seemed fine with coding when it wasn’t a thing men wanted to do, but now suddenly they aren’t?

The reinforcement of autism as ‘inherently male’ is also something we don’t need. Autism isn’t recognised in women enough as it is, so validating the preconceptions and assumptions of it being ‘a man thing’ can only make matters worse.

There are other concerns to raise of course, but I’ll keep them in reserve for when the next study that kicks this whole issue off again is published. Shouldn’t be more than a couple of months.

Dean Burnett isn’t usually this angry in his writing, like in his books The Happy Brain and The Idiot Brain, available in the UK, US and beyond.