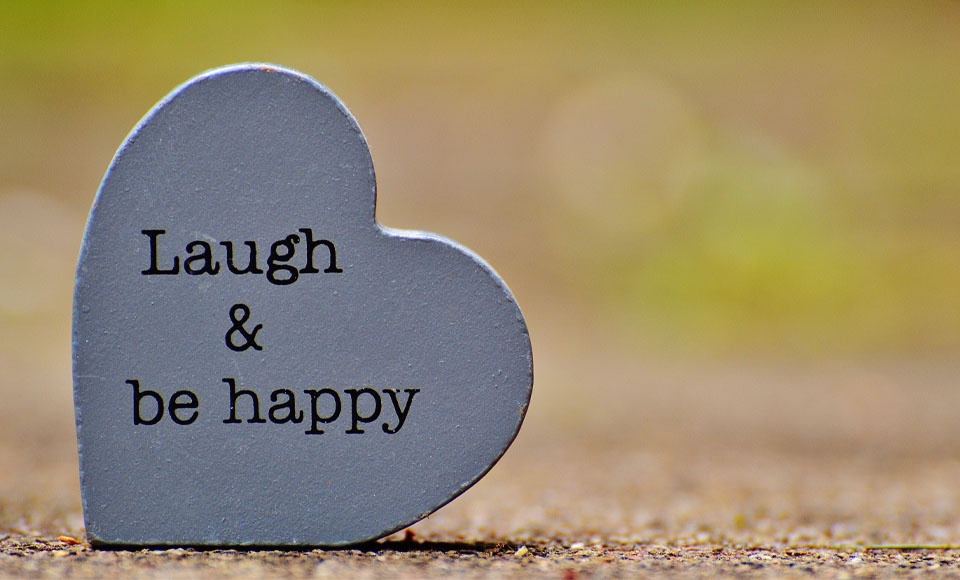 The Toxic Rise of Toxic Positivity

In March my otherwise healthy 58-year-old father came down with Covid19.

In April, he died.

Apart from a few brief hours at his (socially distanced) funeral, I’ve still not seen any of my family in person since February. I’ve had to deal with the considerable fallout largely by myself. I’ve had to continue being the father my young children need, given how scary and stressful this situation is for them too.

The lasting effects of all this on me are impossible to predict. Has it forced me to get over my grief faster due to sheer lack of alternatives? Or, am I saving up mental harm for when things are easier, at which point I’ll just collapse into a broken mess? It’s hard to say.

But one thing I can say, with certainty, is that I’ve not been especially happy lately.

And that’s fine. Why would I be happy? But as a result, it was unwise of Radio 4 to recently invite me on to contribute to a piece about the Live Love Laugh phenomenon, alongside the man behind the company responsible for it. You can listen to it yourself, and check out when the host desperately tries to stop me when I mention the modern problems with Toxic Positivity.

I would never say that a prominent BBC radio programme was running a promotional piece for a commercial company, and I almost ruined it with some genuine criticism. But I’m thinking it a lot.

Toxic positivity is a growing problem. You see it a lot online, like my Twitter thread about it. Plenty has been written about Toxic Positivity already. Psychotherapist, Whitney Goodman shared this handy chart highlighting the difference between helpful and toxic positivity. But let’s be clear: there’s nothing wrong with positivity in general. It’s fine. Essential, even, for.

Toxic positivity, however, is when positivity goes too far, and ignores the reality. It’s when people insist on themselves or others being happy, when the situation fully justifies the opposite.

Many factors give rise to this; it’s not just the constant bombardment of products and memes that urge us to “live, love, laugh” or “Keep calm and carry on” or “Cheer up”, etc. There’s the modern idea that happiness should be our default state, and if we aren’t happy then something’s wrong. I explore this notion in depth in my book The Happy Brain, but to briefly summarise; it’s nonsense. The brain doesn’t work like that, but constantly being told otherwise by the world around you will have an effect, nonetheless.

Relatedly, we in the developed Western world inhabit individualistic cultures. We’re raised to believe we can be whatever we like, regardless of the evidence suggesting otherwise. So why wouldn’t many assume you can just choose to be happy? After all, what’s more yours to control than what’s happening inside your head?

If only the brain worked that way. Unfortunately, it doesn’t. This may explain why this ideology comes with many psychological downsides 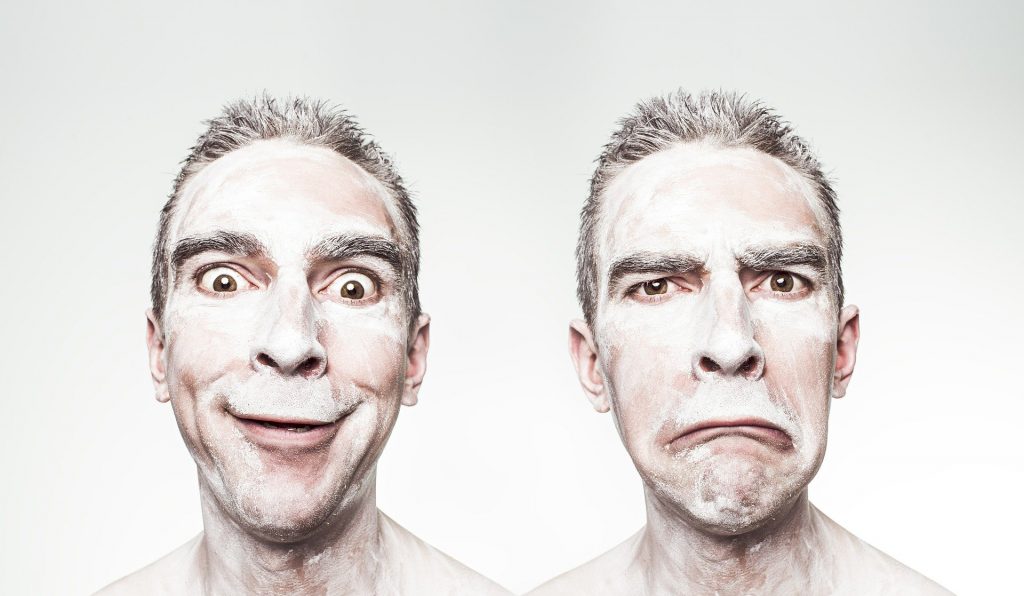 “Turn that frown upside down” would actually involve a great deal of painful and pointless surgery.

For these reasons and more, it’s become common for many to expect, or even insist on, happiness. Sure, optimism and positivity are beneficial in many ways, but it’s increasingly common to take things too far, causing actual harm. After all, sadness and other negative emotions are just as valid as happiness, and constantly suppressing them is not good for your mental wellbeing.

But even if we overlook this fundamental issue, believing that someone can ‘choose’ to be happy logically ignores all the factors making them unhappy, meaning they go unchecked. In essence, it’s putting a friendly sheen on the old “Just snap out of it!” approach, which leads to so much stigma, and serious outcomes like pill shaming.

Several people have made me aware of variations of this in professional fields. There is a lot of discontent in the medical field about constant ‘Resilience’ training and teaching, where aspiring and existing doctors are taught the best way to ‘bounce back’ from stressful experiences, with minimal mental health consequences.

As many have pointed out, the idea of reducing the stress placed on medics (due to savage budget cuts, poor management, an expanding and ageing population, and now a literal pandemic) is never considered. Helping professionals deal with stress doesn’t function a blank cheque to keep piling the stress on. Other fields report similar issues.

This idea that people can be convinced to just be resilient or happy, no matter what happens to them, is very appealing to companies and corporations, as it means they don’t have to spend or change anything. This may explain why ‘Mindfulness’ and the like have been so enthusiastically co-opted for commercial purposes, to the detriment of us all.

Some mental health service users and patients have even described Cognitive Behavioural Therapy (CBT) as a variation of this phenomenon. I confess I’d never thought of like that, but the logic is solid. CBT, a ‘talking therapy’, aims to help patients process and think differently regarding the issues causing them problems, and so alleviate the cognitive disruptions and symptoms.

If these issues are innate or biological, or a one-off trauma in the person’s past, then yes, fair enough. But if the causes of mental health problems are external and persistent, like an impoverished living situation, stigma, a punishing work-life balance etc., then guiding people to ‘think differently’ about these things just masks symptoms.

There are undeniable limits to what psychiatrists and similar professionals can actually do. It’s beyond their power to do anything about someone’s stressful work environment or broken marriage. But they should also acknowledge and respect that these factors are relevant and important for the patient. However, it’s argued that a worrying number do not.

Overall, whether it’s Toxic Positivity, resilience, CBT or whatever, the main issue comes down to the belief that you can ‘choose’ to be happy. Of course, if that’s the case, then not being happy is also a choice, one you’ve made, because you’re lazy, or inadequate.

I doubt most people who encourage positivity mean to imply such things, but when someone’s in a very low mood or otherwise struggling to deal with things beyond their control, it can easily be interpreted as such. 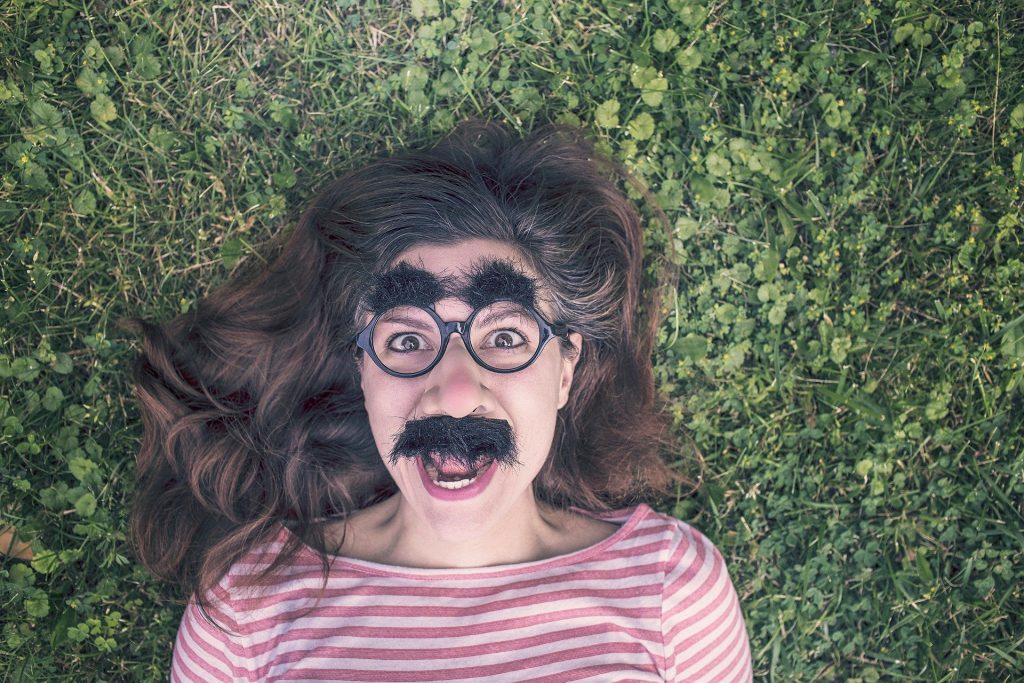 And, honestly, what does it achieve? If we’re being cynical, those who encourage positivity regardless of circumstance can seem more concerned with their own feelings, rather than those of who they’re ostensibly ‘helping’.

Someone publicly complains about not being able to find work for three years. Someone else replies “You can do it, just keep at it, everything will be OK”. Only, how do they know that? They can’t. And the person on the receiving end’s situation remains unchanged. The responder feels better though. Because they ‘helped’. And can’t be criticised, because they were being “nice”.

Nice isn’t the same as helpful, though. Giving someone a bottle of wine is nice. But if they’re a recovering alcoholic, it’s not helpful. It means to recipient has to work harder, both to appear sufficiently grateful to you, and to fight their own addictions.

Toxic positivity can be harmful in so many ways, which could be easily avoided if people just acknowledged the reality of a situation, or at least accepted their own lack of knowledge about it before uttering positive-but-meaningless platitudes.

And yes, I do speak from experience here. When my father fell ill and ended up on a ventilator, I had a surprising number of people assure me, promise me, that “he’ll be fine”, or “he’ll get through this”.

He didn’t, though. He died.

What right had any of these people to make these promises? None.

Have any of these people contacted me since, to say they were wrong? No.

Is that because doing so would now make them feel worse, and that’s not a price they’re willing to pay? I don’t know. But I can’t help but suspect that’s part of it.

This is where Toxic Positivity can lead to, even in its most casual form.

Yes, I’m sad and angry about it. And I have every right to be. Because you don’t need to be happy all the time.

Dean Burnett is a less-upbeat character than usual lately, but his bestselling books, which cover much of what’s discussed here, remain unchanged.