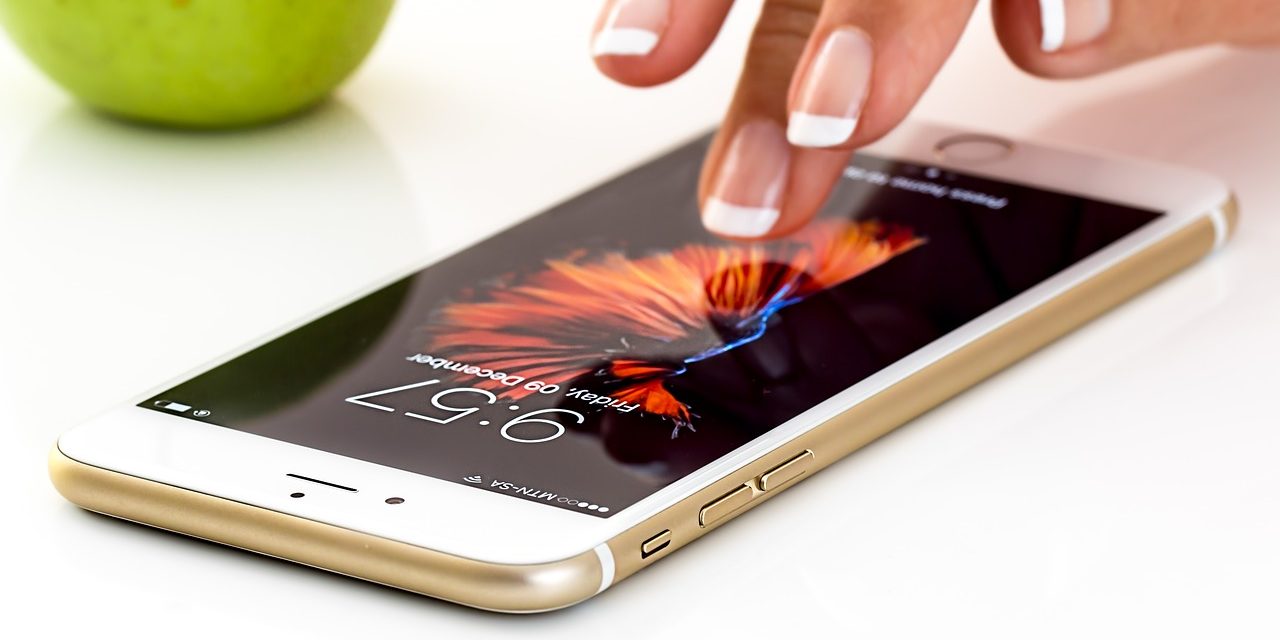 You Shouldn't Feel Guilty About Enjoying Your Smartphone

Yet again, people in the mainstream media are chastising the use of smartphones in public. But it’s fine to ignore them, you’re doing nothing wrong. 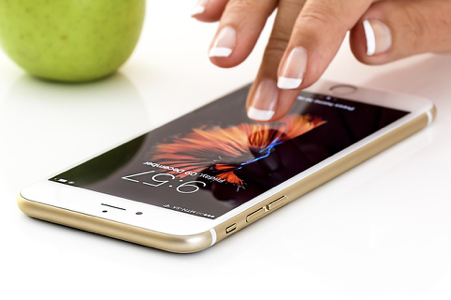 Yesterday, a producer on BBC Radio 2’s Jeremy Vine show decided to spend the morning haranguing members of the public, with a megaphone, for the unpardonable offense of “having their heads buried in their smartphone”. A perfectly normal thing for anyone in mainstream broadcasting to be doing. Swap smartphones for Jesus and he’d be just another street preacher, hectoring people about embracing the lord when they’re just trying to get to Costa coffee, ignored by the masses. But no, if you swap Satan for Smartphones it goes from mildly irksome to cutting-edge journalism. Apparently.

Because some people are seemingly convinced that smartphones are universally bad, and will not shy away from saying so at any given opportunity. Originally it was argued that mobile/cell phones emitted radiation that caused tumours, something that was widely debunked. This did rear its ugly head again earlier this year thanks to recent paper that showed increased incidence of brain tumours, but this study was widely condemned by scientists as flawed.

Sadly, there are still plenty of potential ‘dangers’ presented by smartphones. Screen time is damaging, smartphones are addictive, they reduce attention spans, and so on. Sure, strip away all the hyperbole and scaremongering and there are valid discussions to be had about many of these. However, many people are convinced that smartphone use is socially wrong, or rude, or damaging, to the extent that they will take to the streets with a megaphone (which of course isn’t at all rude or unsociable), on a major radio show. 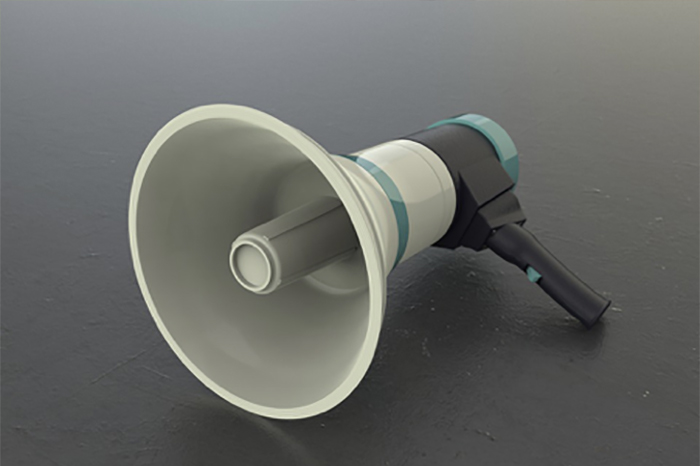 It doesn’t make sense when you look at it logically. You see a complete stranger staring at their phone; so what? How on Earth does this have any impact on your life? And yet, many still find it beyond the pale. What’s going on there?

Admittedly, there will be many cases where someone using a smartphone and paying no attention to the world around them is an annoyance. It’s true that the human brain has a limited attention span with which to complete the tasks around it, and if you overload it then some functions will suffer, as studies into things like hands-free phones while driving have revealed. So yeah, get too sucked into your smartphone and you may end up seeming more clumsy, inattentive and disruptive as a result.

Still, most people using their smartphones do so without incident. So why the resentment? One possible explanation is highlighted by an interesting 2010 paper by Wessellmen and colleagues, which showed that subjects tend to become aggressive when they experience social rejection. This wasn’t anything particularly new; humans are an incredibly social species, and the brain is known to find rejection very uncomfortable. What was interesting about the study was just how pervasive this is. Being rejected by someone you assumed liked you is the worst by far (hence breakups are so devastating), but apparently even perceived rejection from strangers can make you feel upset and aggressive. Basically, if you’re the sort who expects social interaction, or at least some eye-contact (a surprisingly powerful act as far as our brains are concerned) from strangers when out in public, smartphone use will frustrate you and your idea of how things should work.

The thing is though, that’s your problem, not the smartphone user’s. You may like attention and interaction, but nobody owes you it. Everyone differs in how much interaction they’re comfortable with, and even the most gregarious sorts still need privacy from time to time, because social interaction is an active process. It takes effort, and energy, and how much energy and effort your brain is able to invest determines how sociable you are. As a result, public spaces can be quite stressful for many. The obvious solution is to close yourself off where possible, and if there’s a socially acceptable way of doing this, then countless people are going to take it

People have been opting out of engaging with strangers for countless years, and been getting flack from the harrumphing types for it just as long, as this XKCD cartoon illustrates brilliantly. It’s not hard to conclude that when someone accuses a smartphone user of ‘isolating themselves’, they really mean ‘you’re not behaving how I want you to’. Again, that’s their problem, nobody else’s. 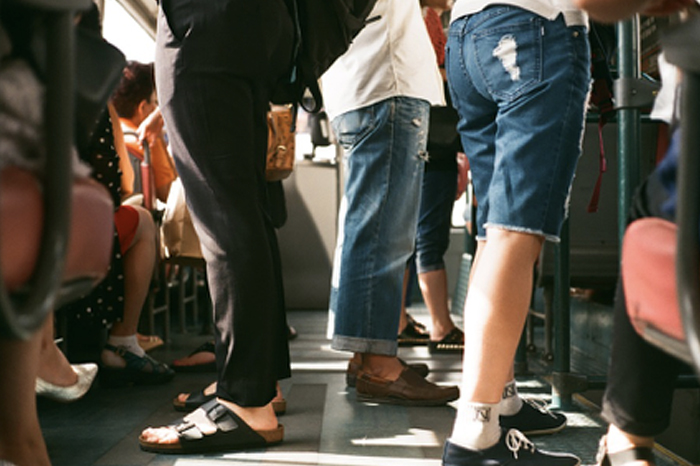 If you use a smartphone, you miss out on all the giddy thrills of a midweek commute on a delayed, packed train. Imagine that!

But then, no doubt much of the finger wagging about smartphones is just a cover for other neuroses, prejudices and so on. Amber Moore pointed out how often mothers are condemned for looking at their smartphones rather than interacting with their children, because mothers can do no right. One wonders how many people blasting mothers for daring to look away from their little treasures for several seconds are from the generation that regularly left their kids in the car when they went to the pub? Or were furious when smacking children was outlawed? In fairness, I guess if you are striking a child you definitely aren’t ignoring them.

Maybe it’s just that, to many, smartphones represent the new and different, and that makes them uncomfortable. I confess I get really annoyed when I see Facebook posts and memes shared by older types which brag about how they went and played OUTSIDE when they were kids, not like these modern shut-ins. Because of course smartphones and the like were widely available in the 70s and 80s, but those who were children at the time resisted them, thanks to moral fibre and a deep appreciation for the real world. Therefore, they get to judge the younger generation who lack their fortitude.

The fact is, if you’re using a smartphone in public, or anywhere else, it’s going to reliably annoy certain people for the foreseeable future. But, based on what we know about how the brain works, that’s almost always their problem, not yours, and they have no right to make demands of you. So feel free to read your tweets or play Candy Crush guilt free. Your 27th bus commute of the month isn’t going to magically become more interesting just because you’re staring directly at it.