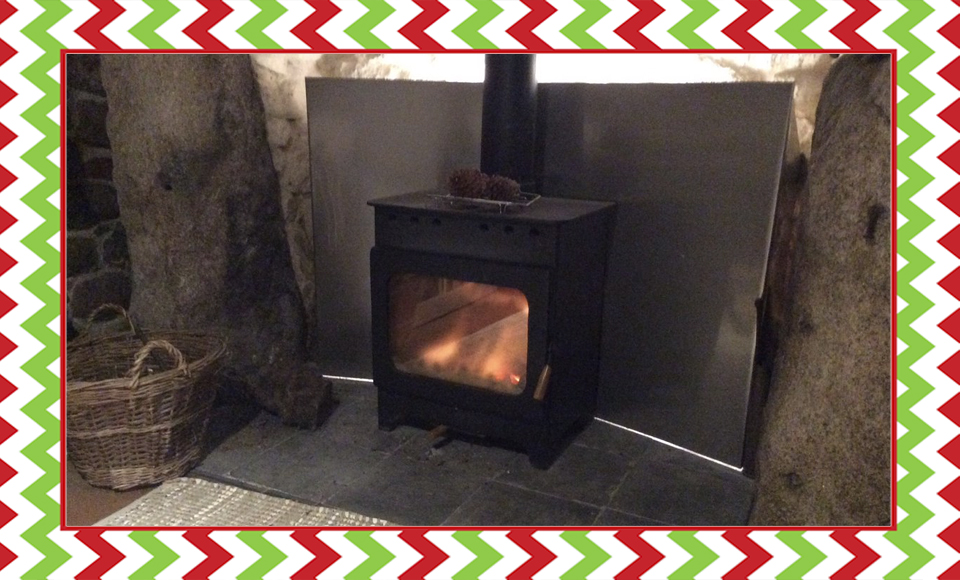 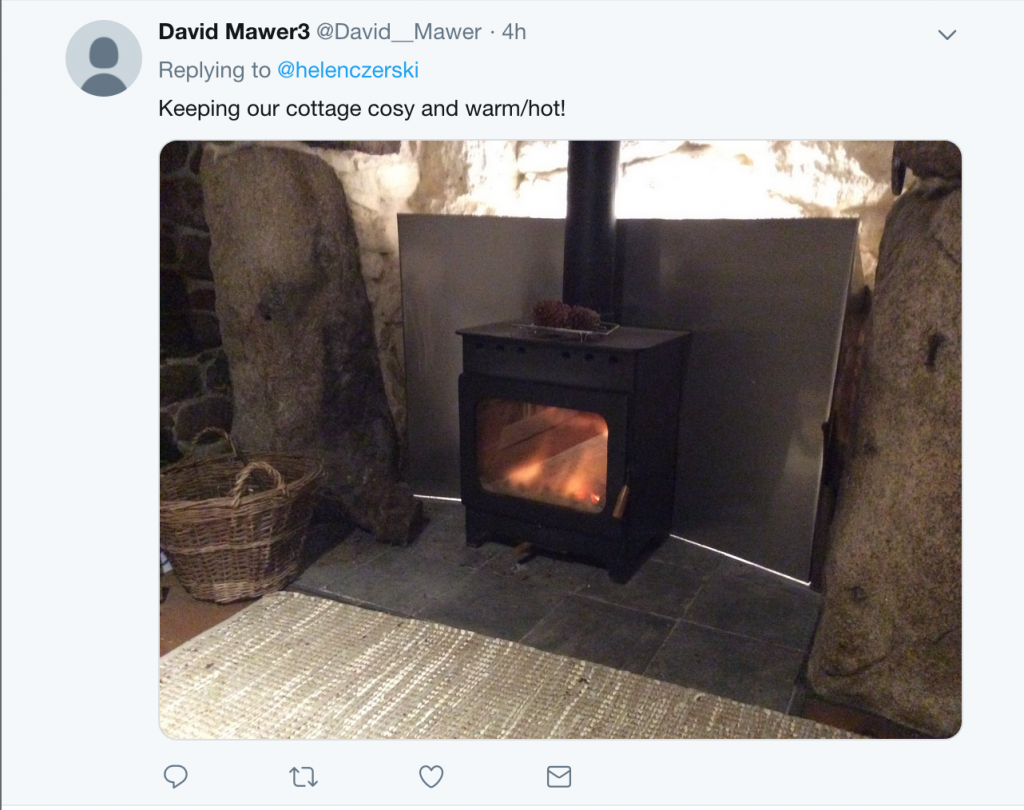 Today’s picture is from @David__Mawer and it prompted the sort of idle question that often occurs when staring into flickering flames, preferably with a mug of hot chocolate on a cold night.   Could a fire ever melt the stone of a fireplace?   And can you melt stone anyway?

We live in a world with a fairly narrow range of temperatures, controlled by two things: enzymes and water.  The enzymes inside our bodies require a very narrow temperature range to operate properly, so we have to keep our own bodies within that very specific range.  The outside world has a different limitation: the vast amount of energy required to heat up water, and the even more vast amount of energy needed to turn either ice into liquid water, or liquid water into gas.  That’s a topic for another time, but the upshot is that the world around us generally stays within a few tens of degrees of our body temperature.    We tend to assume that anything outside that is so hot or so cold that it’s basically all the same: horrid.

But there’s a vast range of temperature out there that we never get to explore.  The middle of a fire in a domestic fireplace might reach 400-600°C, and you would need temperatures of around 1400°C to melt the iron stove we can see here.  So the stove is safe, but what about the stone?

Stone can melt – that’s what the lava in a volcano is made from.  The melting temperature depends on the type of rock, but it’s mostly somewhere between 600°C and 1200°C.  Lava is very thick and sticky, so it wouldn’t drip like candlewax but it is liquid.   However, when it cools down, it will generally form a new type of stone, and what you get will depend on the pressure and the speed of cooling.  You won’t get the same stone back again afterwards.

The exceptions are limestone and marble.  They’re made of calcium carbonate, and at temperatures above 900°C, this stone will skip the melting and decompose straight into calcium oxide and carbon dioxide.  That’s a chemical change, so the stone itself has gone.

This also means that you can’t cast stone in the way you can cast a metal – you can’t pour it into a mould and wait for it to set.  That seems like a shame, but at least I can stare into the next fireplace I find without worrying that it’s going to melt!

Read the rest of #ShamblesAdvent here