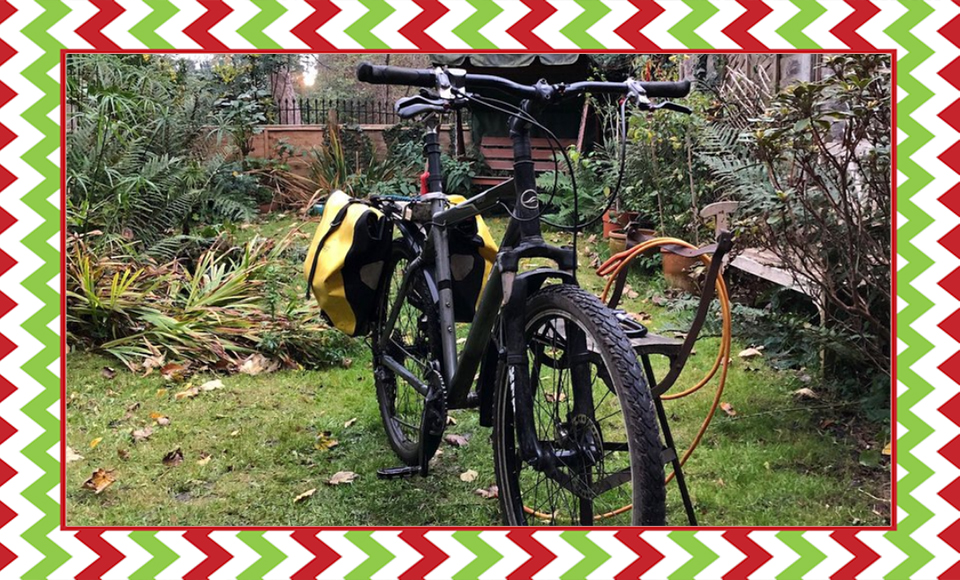 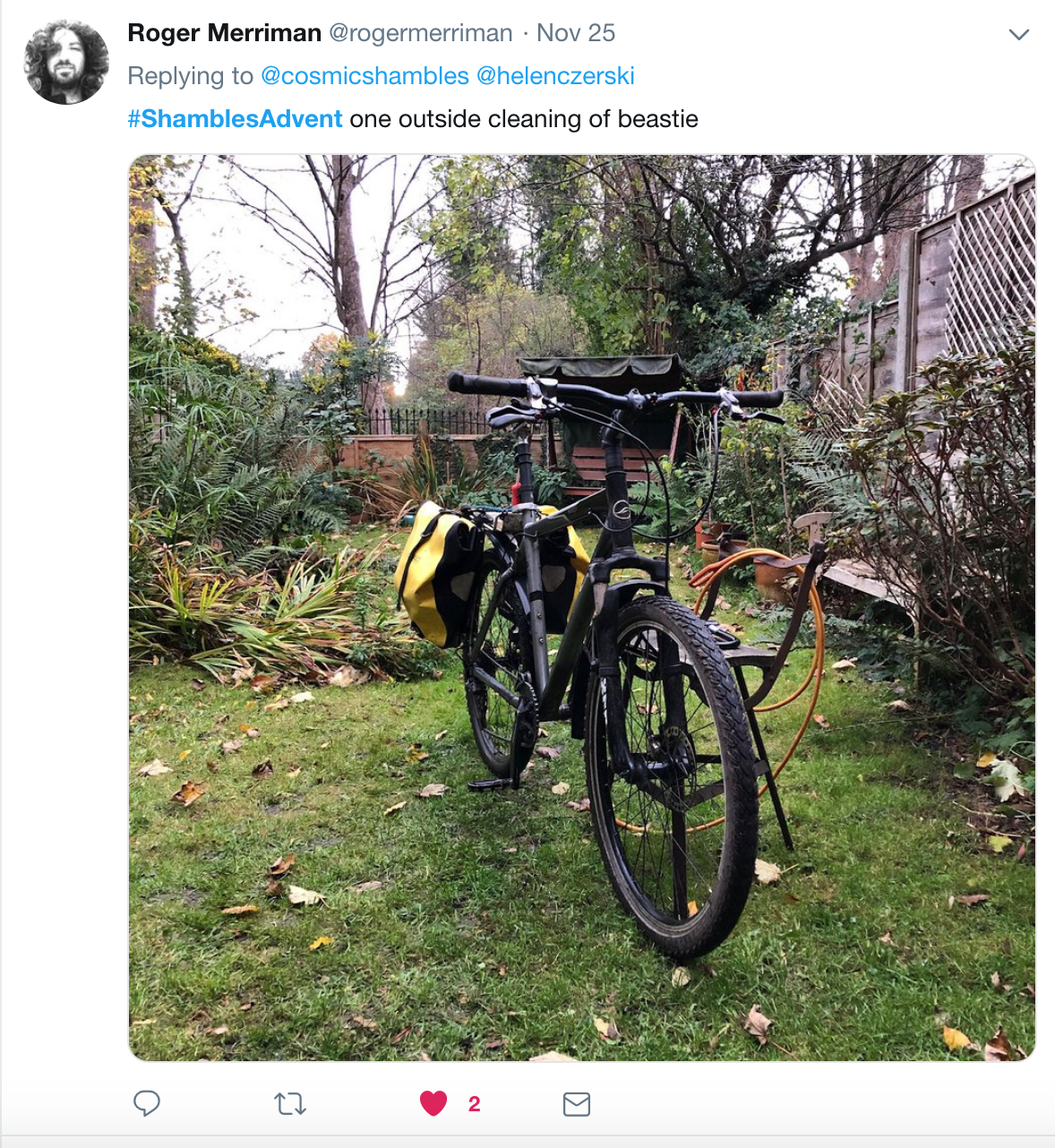 Today’s picture was sent in by @RogerMerrimann , and serves the dual purpose of having plenty of small curiosities on view and also making me feel guilty at the amount of time that’s passed since I last cleaned my bike properly.   The bike in the photo has a pretty distinctive colour scheme, possibly indicating a strong preference for spending its time blending into dark corners in unlit alleyways (my bike also has black paintwork, so I’m not getting at Roger).  Anyway, bike paint comes in lots of different colours, but one part of every bike is always black: the tyres.  The same is true for cars, unicycles, Segways… anything that has pneumatic tyres.  This seems even odder when you consider that rubber, the stuff that makes up the bulk of all these tyres, is white.  In that case, surely it could be dyed any colour.  There are far too many things in the world that only seem to come in boring black: wetsuits, peli cases, instrument cases, the plastic in office chairs, road surfaces and liquorice.  Wouldn’t more colours make things more cheerful?  Why can’t I buy Christmas-themed red tyres with green stripes for my bike?

The answer is that the black material in the tyres serves a purpose.  It’s called carbon black, and it’s the modern equivalent of soot (although it’s got a much more sponge-like structure).  About eight million tons of it are made each year, and 70% of that ends up in tires.  Mixing carbon black into the rubber has two benefits: it helps to reinforce and strengthen the rubber (making it around ten times stronger) and it helps to conduct heat away from the tyre surface.  That means that instead of the outer surface of the tyre getting super-hot, because that’s where friction produces a vast amount of heat, the tyres warms up more evenly.  The black carbon also absorbs ultraviolet light, acting as sunscreen to protect the tyres from sunlight.

If you look back at photos of very early cars with the first pneumatic tyres, you’ll see that they often do have white tyres because the manufacturers hadn’t worked out this trick yet.   But today, because the difference that carbon black makes is so striking, black tyres are here to stay.