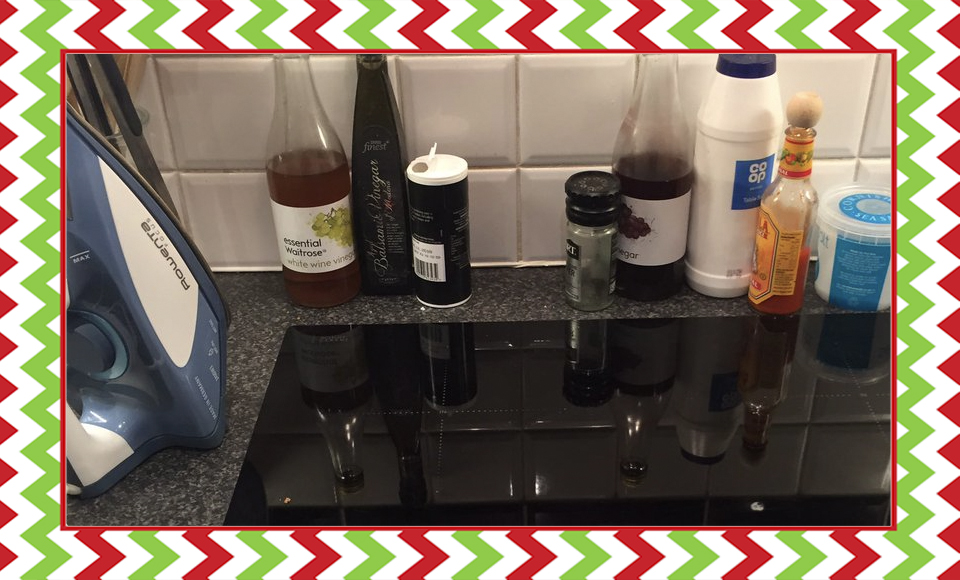 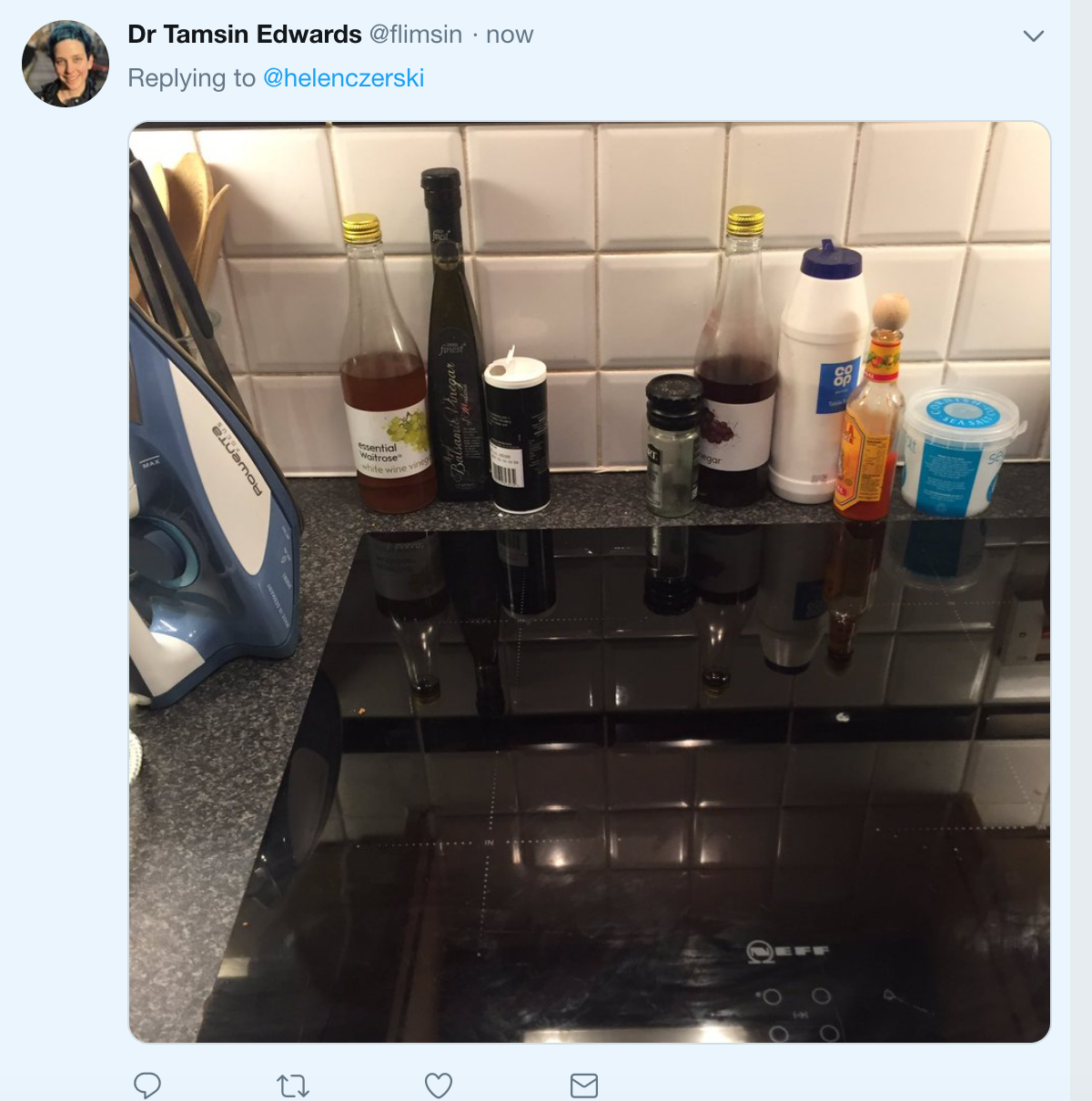 We’re getting towards the end of this advent series, and in the spirit of “better late than never”, I thought it was about time I included the very first picture that anyone tweeted to me for this project.  Congratulations @flimsin for being so quick off the mark!

The thing that I picked up on in this picture is the iron.  I can’t remember the last time I used one, not really being a fan of putting that much effort into what I wear, but they’re quite interesting tools.  The point of an iron is to change the shape of your clothes, so the first question to deal with is this: why can’t you just make them the right shape in the first place and then trust them to stay that way?

We all know that cotton is a prime offender when it comes to developing wrinkles in the wash.  Cotton is almost entirely made from cellulose, the long strong molecules that grow on (or in) trees.  But those cellulose molecules have to be stuck together somehow, and that’s done with a type of bond called a hydrogen bond.  These bonds make a pretty strong molecular glue, but they’re also fickle, continuously breaking and reforming, especially in the presence of water.  If you take some flat cotton fabric and then screw it up in a ball and stuff it in a corner of your wardrobe, it’s up to things while you’re not looking.  Those hydrogen bonds are slowly breaking and reforming, and they’ll form in the places that reflect the new shape of the fabric –  a wrinkled screwed-up ball.    So when you fish it out, the fabric has changed shape.   Cellulose is brilliant, but this flexible fickle nature means that it’s always taking up and losing water, and forming and re-forming hydrogen bonds in the process.

Ironing just turns this fickle nature into a feature instead of a bug.   The steam provides lots of hot water which can sneak into the cellulose structure, breaking the bonds that are already there.  The heat of the iron gives the cellulose molecules themselves a bit of extra freedom to move over each other.  So as you press a hot steamy iron down, the fabric is in its most flexible and malleable state.  The force from the flat iron surface pressing down squishes the cellulose configuration into your desired shape, and as the fabric cools, the bonds reform.  Your shirt has been re-sculpted into something that is now flat and wrinkle-free.  It’ll stay that way until heat, water or time give the bonds the opportunity to re-invent themselves, and the shirt undergoes metamorphosis into a new version of itself.

I’m still not sure that ironing is fun, but seeing it as a continual process of reinvention probably helps.