You Need Humility To Do This – Dr Helen Czerski 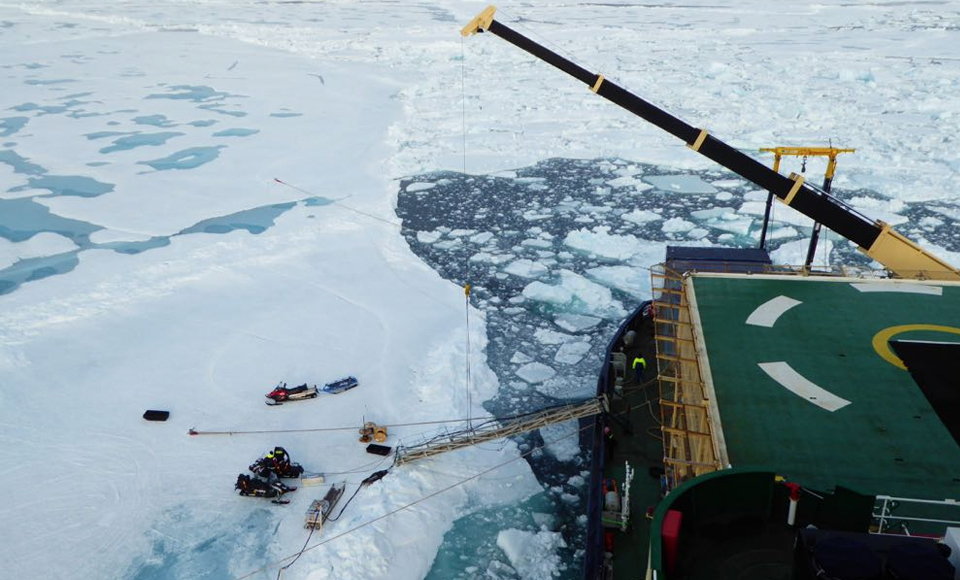 You Need Humility to Do This 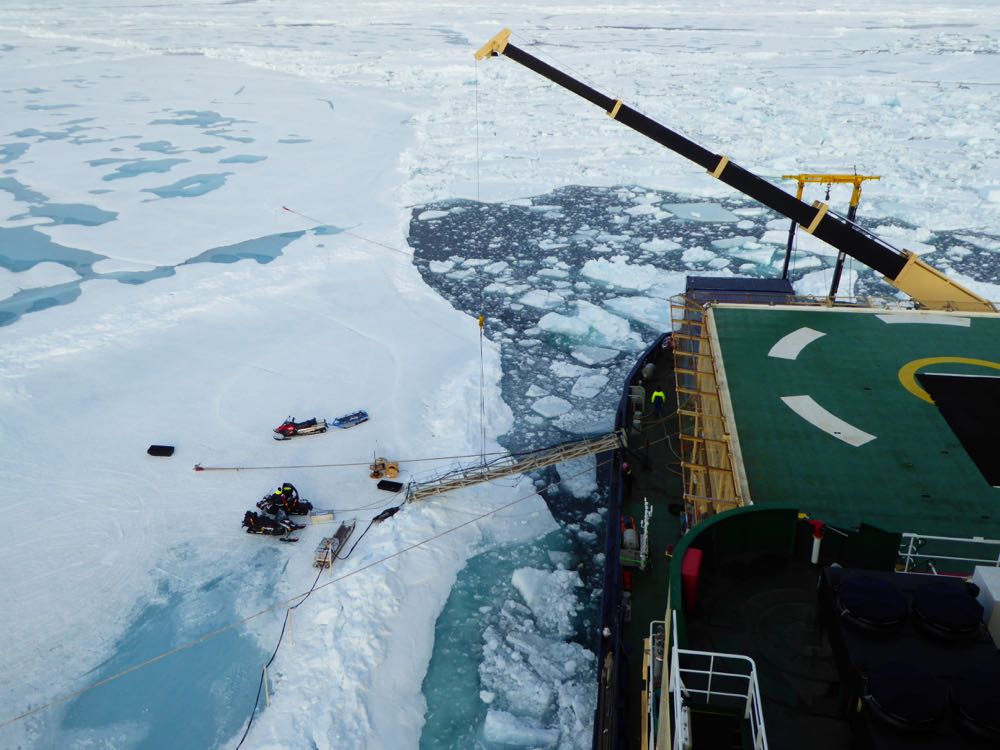 My wrist alarm buzzes at 6:15am and I peek behind the blackout blind next to my head.  It’s sunny, which means that someone on the ship has just lost a bet for the number of sunny days we’d have on this trip. Mist, fog and low cloud are the norm, and it made me laugh when the ship’s meteorologist announced ‘white-ish conditions’ at the morning briefing yesterday.  ‘White-ish’ describes pretty much everything within a 700 mile radius of here. My morning routine starts with a trip down to the mess for a hot chocolate.  Most days I stop by the large information screens in the centre of the ship to see where we are, but there’s no point in doing that today.  36 hours ago we found ‘our’ floe, a patch of white nestled inside all the other white, but one with all the features we need to set up a science camp here.  Yesterday, it became the place as the crew inspected, drilled and mapped it, putting out power lines, site huts, markers and several tonnes of scientific equipment.  After hot chocolate this morning, I went up six decks to the bridge, my normal pre-breakfast hangout, where the crew are talking on the radio to the bear guard who is out on the ice checking for furry friends with black noses and big paws.

Just after breakfast, at 8:15am sharp, Nicke the meteorologist barks ‘Eight fifteen. Time for briefing!’, from the far end of the mess, and we take in weather, logistics and the Plan Of The Day along with the last dregs of tea.  But today is going to be a very different from the past fourteen days.  The open lead (a gap of exposed ocean between ice floes) out there is now my workplace.  My bubble camera and other kit was flown out to the site by helicopter yesterday, and it’s spent the night sitting on the ice waiting for us.   Today is the first day I’ll go out on the ice to work. 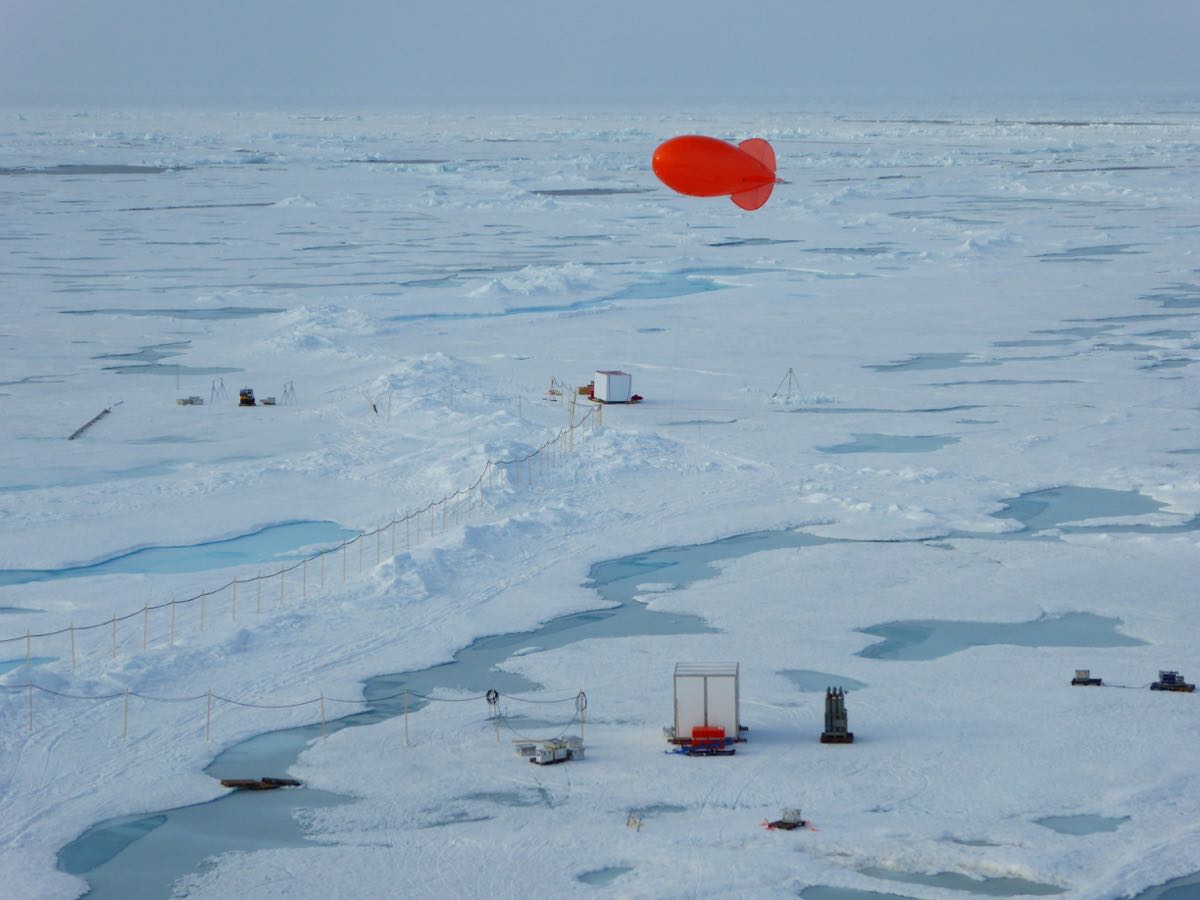 Except that I won’t. The morning patrol found a crack which may partially cut off the open lead from the rest of the floe.  The sites closer to the ship are fine so the weather scientists can continue to build their masts, and the ice scientists can keep digging a hole to deploy their underwater robots. But those of us interested in open water have to wait until the crew have worked out the safest option to get us to the lead, and there’s so much other work going on that this will take a while.   I went back up to the bridge, and dealt with e-mails about meetings and teaching and events in London, which all seem like completely theoretical concepts.

After two weeks on the ship, it feels as though this is the only way to live.  It’s so easy to forget everything except being inside a steel island parked in solid water at the top of the world. The day trickles by, as everyone else (it seems) is busy going out, drilling ice, coming back, and swishing around on deck in their heavy ice suits.  I tidied up my workshop space, and sneaked in an extra tea break. 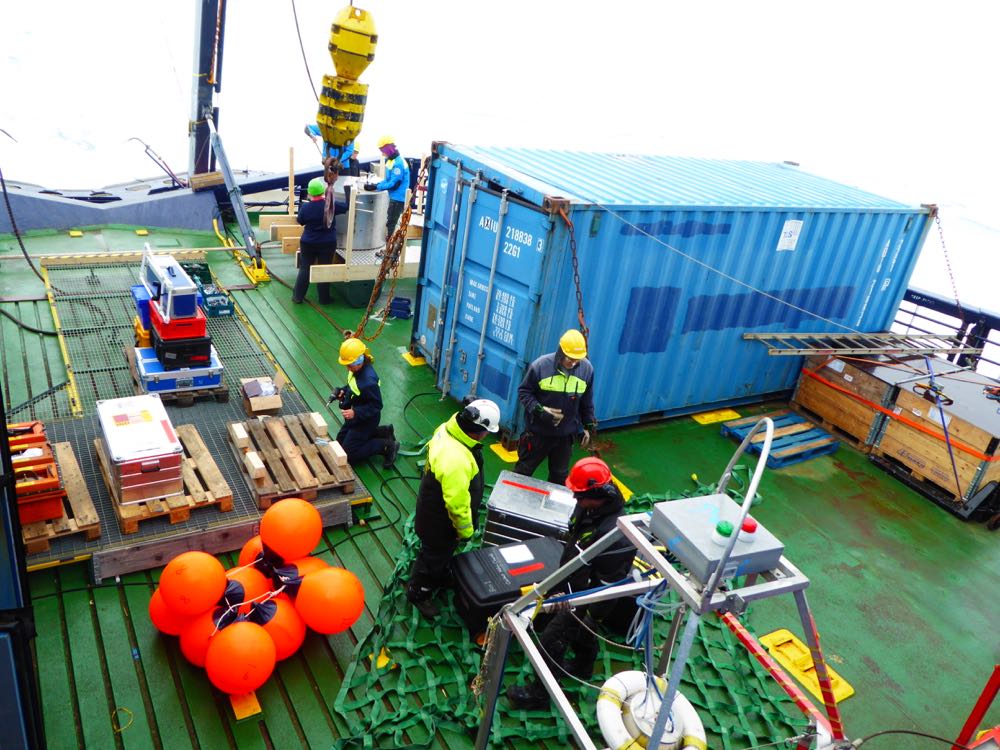 I know I should appreciate the rest after the very long work day yesterday, but it’s hard to be the only one not having a purposeful day.   This is what you never see in the scientific papers that are published after these expeditions.  A journal article will talk about ’10 measurement days’, but not mention that there were 15 other days when things broke or went wrong, when something interfered with the measurements or when everyone just had to wait because it was foggy or raining or not foggy and not raining enough.  When you’re measuring the natural environment, you’re not in control. To some extent you’re always a follower, not a leader.  I think it’s one of the things that makes the people who study the ocean, ice, rocks and atmosphere slightly nicer and friendlier on average than some other scientific breeds!  You need humility to do this, because nature can stamp all over your plans and your ideas at any moment. But tomorrow is a new day.