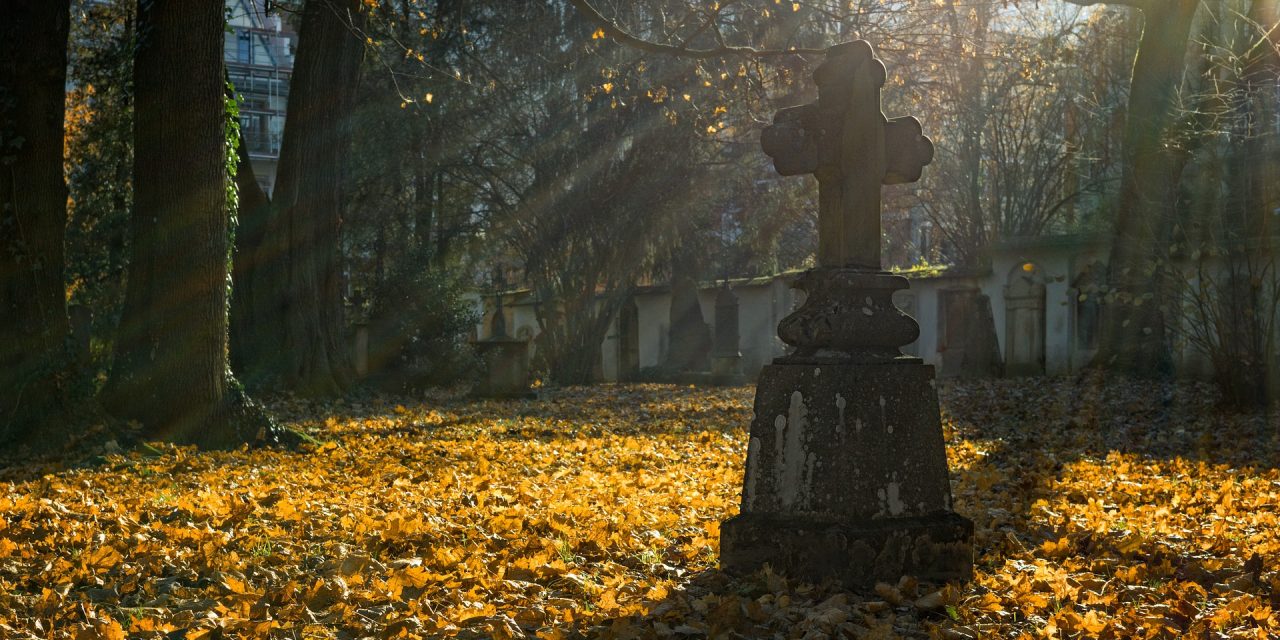 So I’ll meet you at the cemetery gates

Keats and Yeats will be on your side

Presumptions of the English national character and the dirge of Anglicanism seem founded when you reach the churchyard gate and see, sealed in plastic, an extract from the Churchyard Regulations 50 to 54 plus footnote. 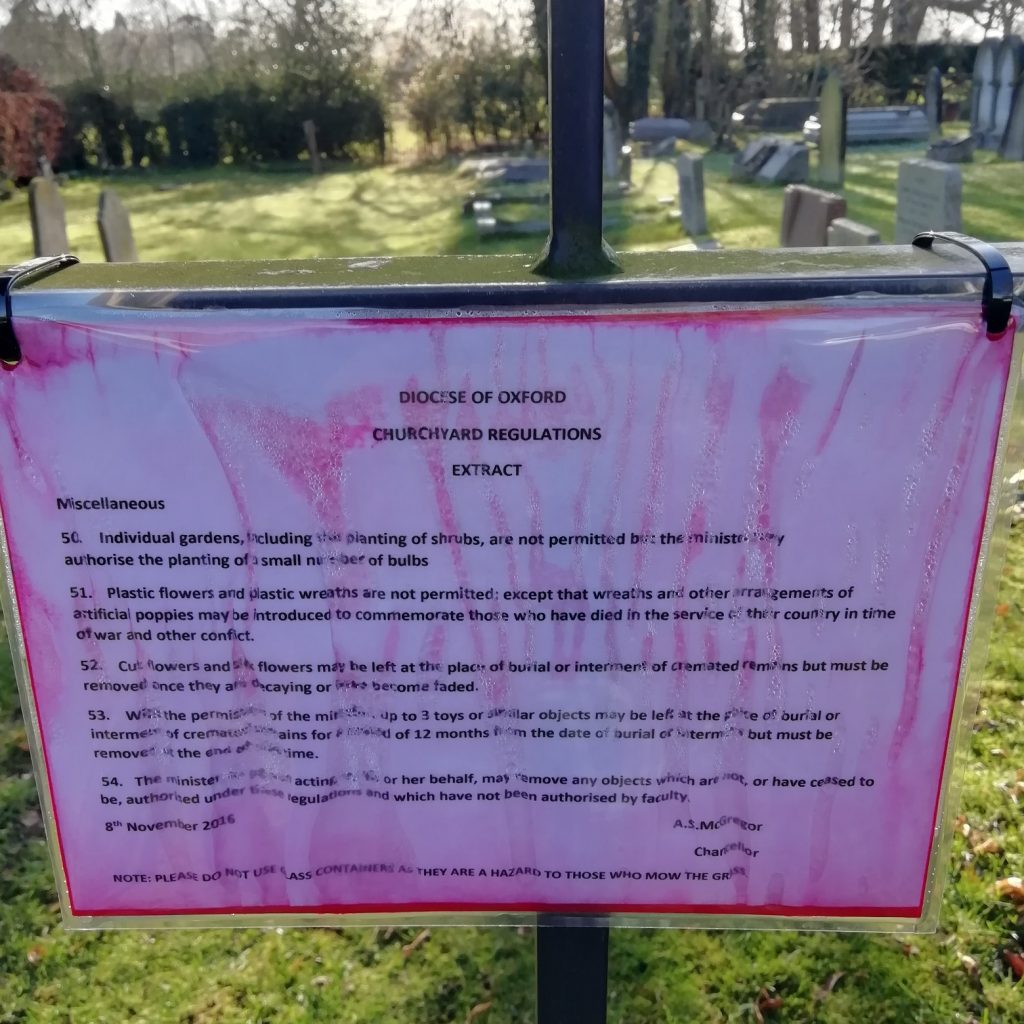 It is a cold, rain stained piece of officiousness that unwelcomes those who have come to grieve or remember fondly (I am quite aware that unwelcomes is not a word, but it seems to fit in this context).

Meetings have been held, probably many of them, by diocese officials to formulate these instructions.  It is a petty officiousness that is detached from grieving. This is not “abandon hope all ye who enter here” but another form of hopelessness, “place of remembrance – rules and conditions and apply.” Surprisingly, there are not numbered regulations to tell you what memories will be considered inappropriate on the grassy tufts and petal remnants between the slabs and stones. A place of death is clearly meant to be deathly. I visit my mother’s grave most weeks and I took it all very personally. Was the new vicar pointing at her grave which does have some bulbs in a pretty and simple holder on top of the grave? Was it the little animal figurines placed by the grandchildren and great-grandchildren by the side of the grave, an owl, a rabbit and a robin (a bird figurine, not a homunculus version of me)?

I am sure there are anecdotes and snobberies that have been used to justify these laws of the lawn.

“The topiary on one grave in St Peter’s became so excessive that it formed a vast maze which led to a minotaur problem and they get leaving minotaur poop on the tombs.”

“One headstone was adorned with so many toys that it had a Girl’s world, a full size figure of Sir Patrick Stewart as Picard and an underground overground Scalextric track that kept dragging bones and shredded soiled frock coat to the surface.” 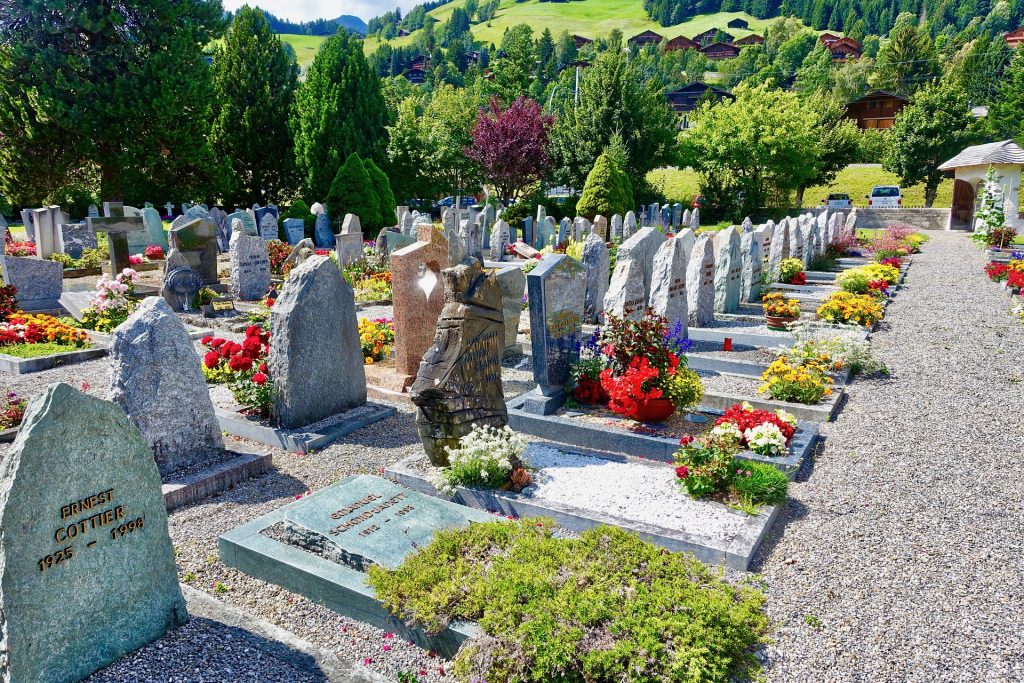 In terms of bulb planting, I cannot see how a grave of colour harms the grave landscape. Should it get out of hand, I am sure a friendly vicar can have a polite word and, if necessary, the plot can moved to Chelsea.

Though I am not a lover of plastic flowers, I am not sure that such a specific regulation is required. How will the Autons mourn their lost ones, plus, fake flower technology has improved greatly in the 21st century and I am sure plastic alternatives will soon be here.  Only those cut down in war are allowed synthetic observance and only within the strict parameters of the war dead season, the Royal Ascot of trench sacrifice.

Rule 52 reminds you that organic flowers may also be an eyesore. If you leave them, please make sure you return when they begin to rot and dispose of them neatly. Do not spoil the rural idyll with above ground decay (I am surprised there is not an insistence that all bodies are plasticised before being placed in the ground for fear that our secretions may hamper and taint the vicar’s sprouts). It is such an officious way of stating the obvious. When I visit the cemetery, I will sometimes stroll around and remove the flowers that have wilted to beige, whatever grave they are on, presuming the givers would rather they were gone when the colour has faded.

Rule 53 warns you to keep your toys to yourself once your loved one has been going for more than 12 months (the maximum grieving time I presume). Again, this is not a cemetery that has, in the past, suffered a slew of antiquated Teddy Ruxpins or transformer figures. It has never looked like a burial ground sponsored by Hasbro. Also, as someone said to me, “grief does not follow a schedule.”  I imagine there are those that visit the graves of the child they have lost with a memento, quite unaware that they should be over it now the year is up. Should items be left, I presume they entail a connection between the griever and the grieving, a link to the lost. How fortunate that Jim Morrison and Oscar Wilde were not buried here, imagine the perturbed reaction to all those Jack Daniels bottles and used lipsticks. 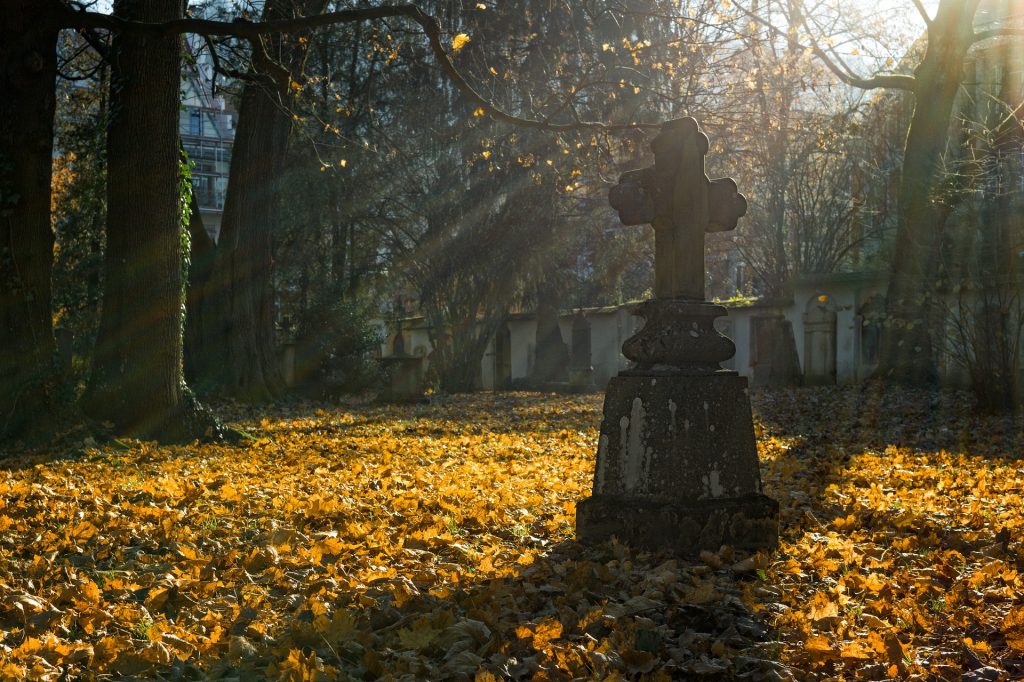 And finally, the minister will remove any unauthorised items.

By God, what a note to invite those entering the cemetery, what prissy, pompous, exclusive snobbery when the few who enter are coming to remember those they have lost. It represents a joylessness I see in none of my friends who are members of the church and it is the sort of petty officialdom that might help explain the Church of England’s dwindling numbers – bureaucracy over humanity.

“As he approached the afterlife, he had a horrific realisation…he had died in his sneakers.

A friend of mine wrote with sadness, comparing this notice to where her daughter is buried.

Her remains are “in a Friends of Nature burial ground – no erect headstones, as many flowers and plants as you like, non tended apart from three paths. Graveyards should be about respecting the family’s love, not penalizing attempts at remembering their loved ones.”