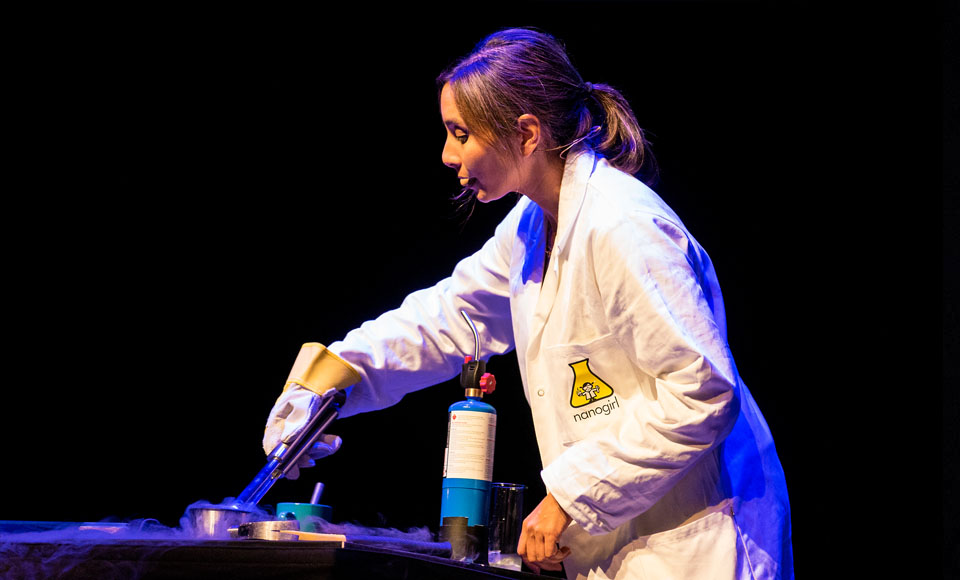 The first New Zealand date begins like all the shows, with puppets. 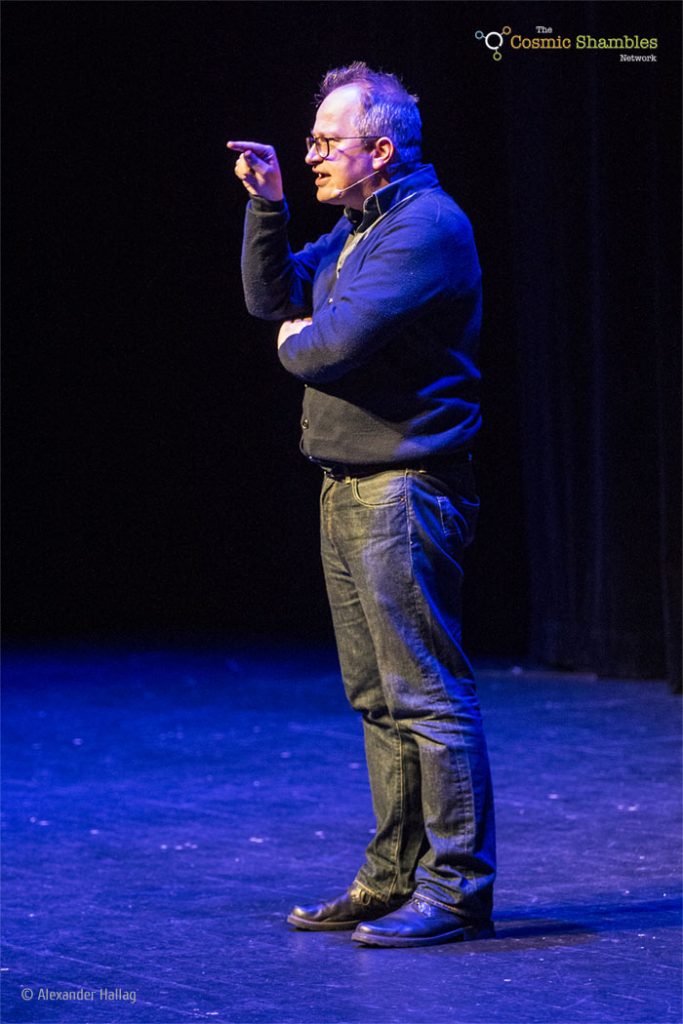 Robin Ince walks on to perform for the first time ever in New Zealand and he launches into talking about physics, biology and the fears of parents who might end up raising a serial killer.

First cab off the rank in Auckland is Dr Helen Czerski with her enthusiasm for bubbles, everyday science and talking about quantum mechanics to her Nan.

Next it’s trained criminologist, and NZ stand up comedian Matt Stellingwerf, to talk about useless facts and the time his doctor wife got lectured by a homeopath.

Then it’s Josie Long with her ghostly experiments and Robin eats, or rather drinks, another tin of spaghetti, this time without the aid of a fork.

Time for some music next from local group The Skinny Hobos who offer up some stripped back blues rock.

And then the first act comes to a close via NanoGirl, or rather Michelle Dickinson with a very large, and very heavy, table of experiments.  Via the Challenger disaster and sinking cars she works through a series of demos on quenching metals and smashing rubber.

Michelle returned to the stage at the top of Act 2 with Robin, Helen, Josie and Lucie Green for the QnA session before Lucie hung around to talk SkyLab. 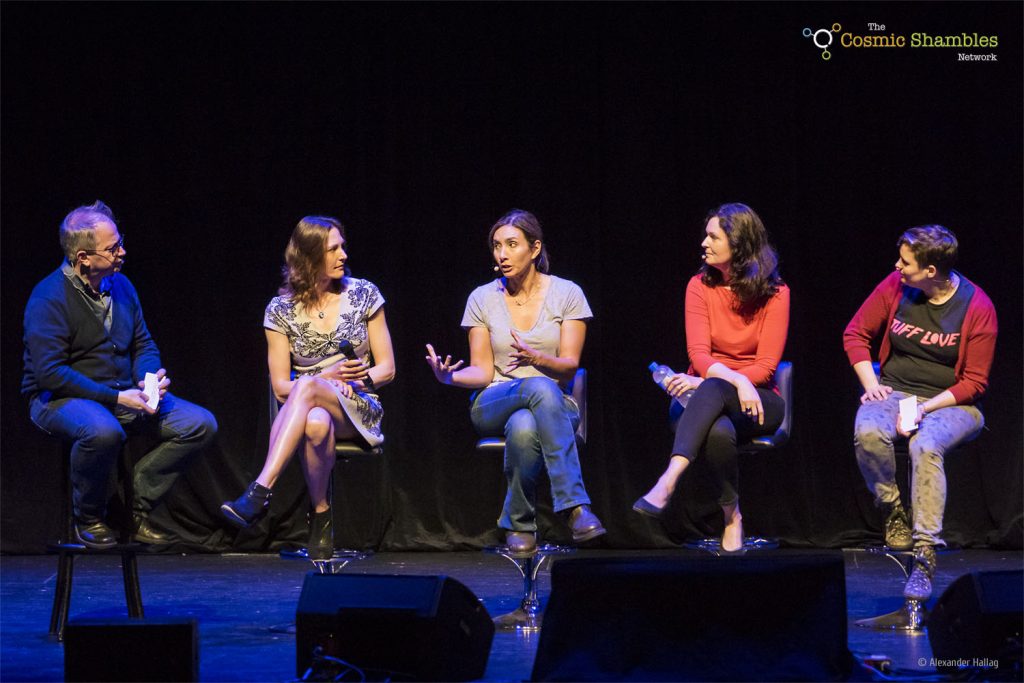 It was political science next courtesy of local stand up James Nokise who lamented that being on a bill full of scientists meant he couldn’t convince the UK cast and crew that the earthquakes were caused by the Treaty. 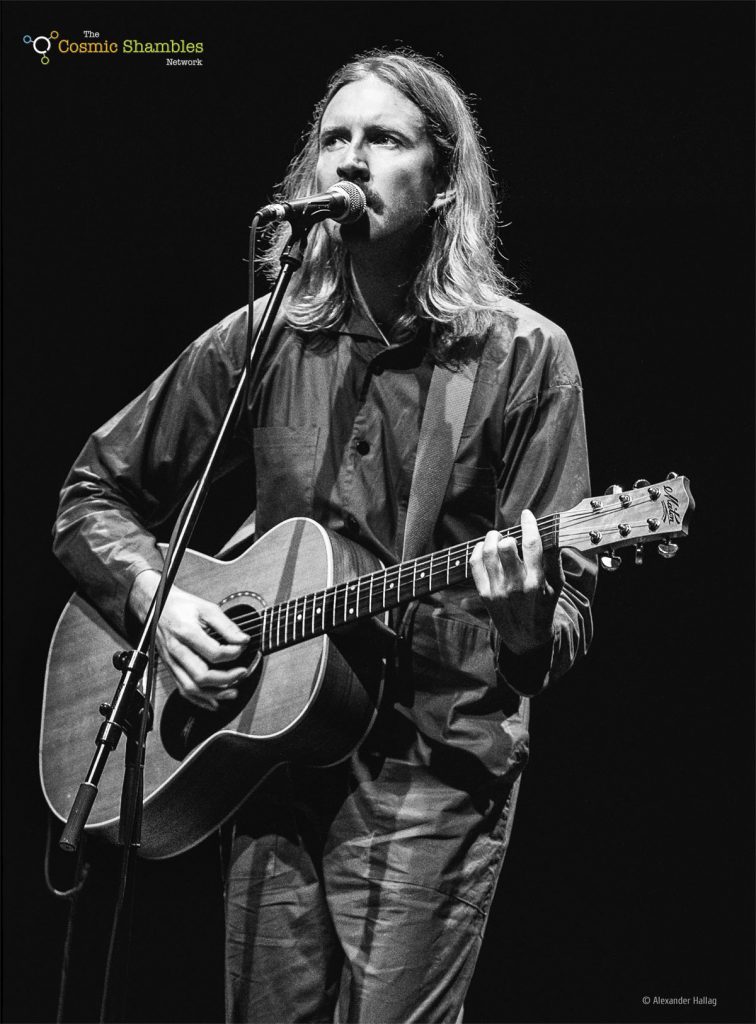 The lights were dimmed for the next speaker, as Dr Siouxsie Wiles hit the stage armed with bioluminescent bacteria.  They looked beautiful, glowing in the dark theatre, until she killed them all and warned us of an impending antibiotic resistant armageddon.

Matt Parker was then back to swing another pie with an audience member, despite their stopwatch freezing on stage requiring a full phone reboot.

And to close out the evening it was VNZMA Award Winner Lawrence Arabia who sung beautifully, with a set list that included Apple Pie Bed and other hits, and spoke of climate change.  Robin and Josie returned to quote Kurt Vonnegut and wish everyone a great night. A sublime ending to the evening.  And only 20 minutes over time. 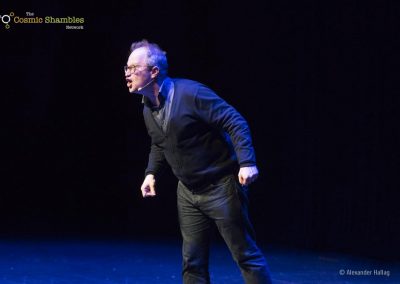 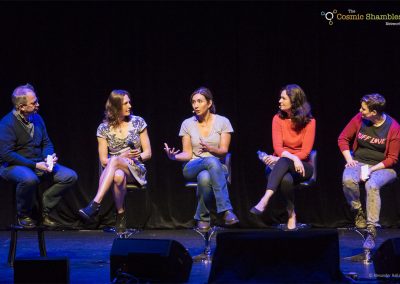 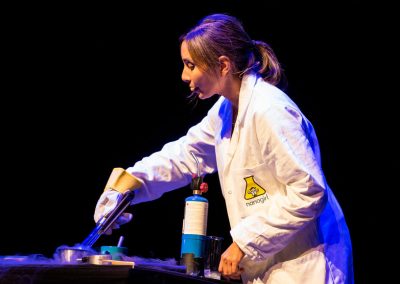 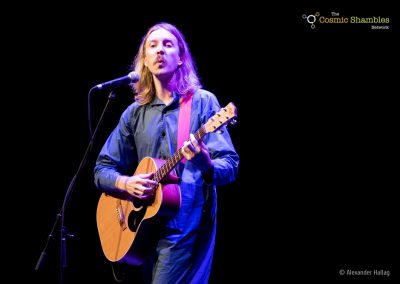 Whistling to close the show 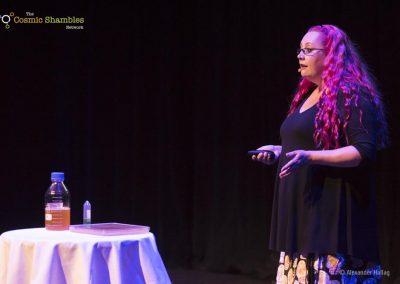 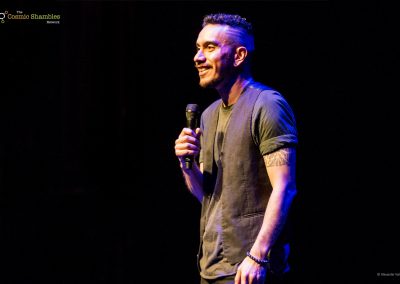 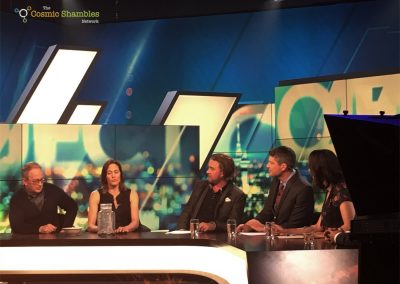 On The Project on NZ TV 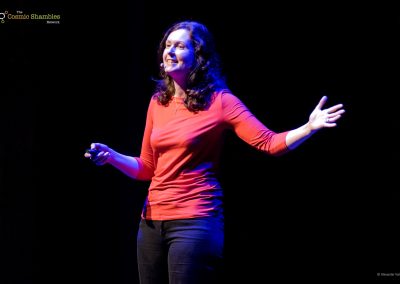 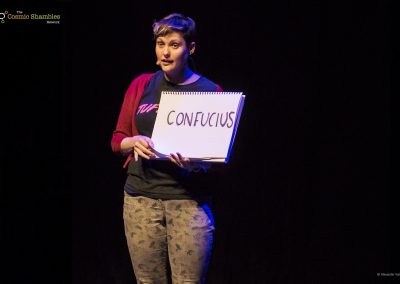 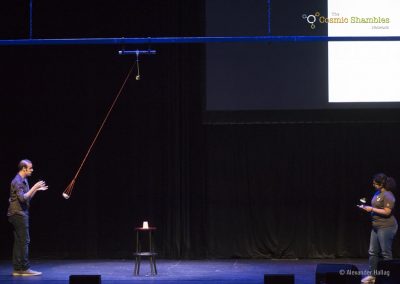 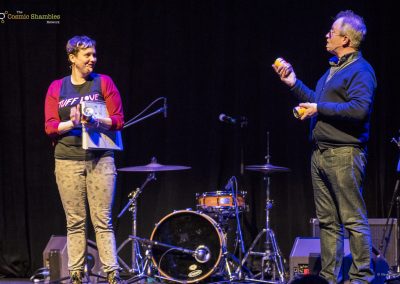 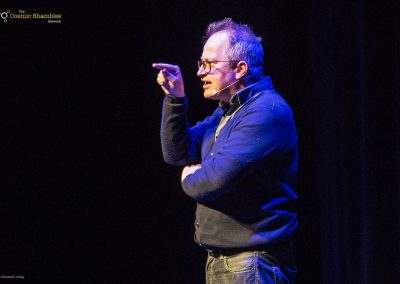 Robin opens the show in Auckland 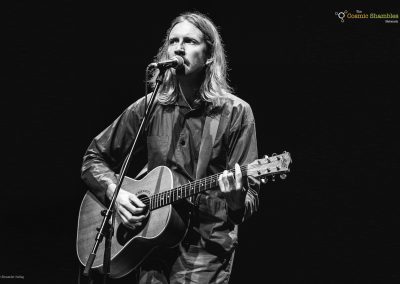 Lawrence closes the show in Auckland 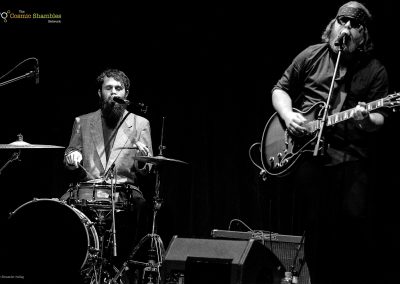 The Hobos stripped back in Auckland.